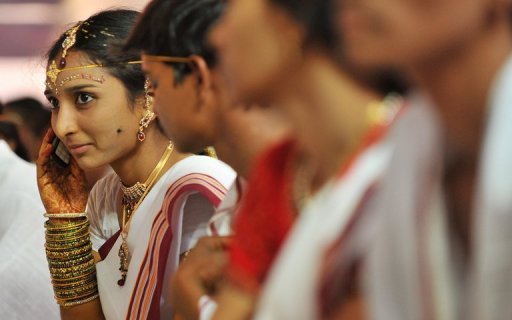 (AFP) India aims to launch fourth-generation (4G) mobile services next year that will allow users to watch high-definition video and download content at a much faster rate, a minister says.

4G technology holds the promise of Internet speeds up to 10 times faster than typical third-generation networks.

"We should be ready to launch 4G... in the later half of 2012," Telecom Minister Kapil Sibal said late Friday, according to the Press Trust of India.

"We have large capacities in spectrum to move forward in 4G which is hopefully going to be launched towards end of next year," he said.

The government is keen to ramp up its mobile and Internet penetration in the country of 1.2 billion people as a way of boosting access to education and health services and propel economic growth.

Sibal's comments come as telecom operators are rolling out 3G mobile services after winning spectrum in a fiercely contested auction in 2010.

India is the world's second-largest mobile market but Sibal lamented it was just the wealthier segment of India's population, mainly in urban areas, who use modern communications technology.

He also expressed concern about content supplied by telecom players that he said served the elites, rather than needs of "ordinary people".

"You can bring in a mobile device but if you don't have the content, there's no point in having a device. All stakeholders must come on board to develop content beyond entertainment," he said.

Experts say demand in India for 4G may be held back by lack of demand, with poorer consumers seeing little need for applications provided by the ultra-fast system.

Major operators such as Verizon Wireless in the United States are already offering 4G service while China Mobile Communications Corp is carrying out trials for a new fourth-generation mobile network.

Construction of super-fast mobile networks is also under way in countries including Germany.