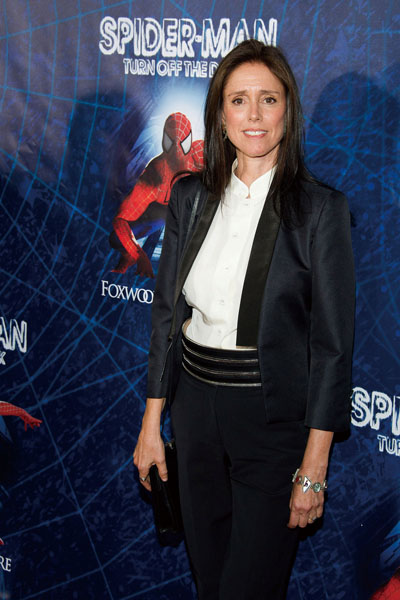 Julie Taymor might have been fired from the “Spider-Man” musical on Broadway, but she could still earn a Tony Award next year for directing the show.

The Tony Awards Administration Committee said Thursday that Taymor will be considered eligible in the best direction of a musical category for “Spider-Man: Turn Off The Dark.”

Taymor is the original book co-writer and director. She was let go in March after delays, accidents, poor audience reaction and money woes turned the musical into a punch line.

Philip William McKinley, who directed the Hugh Jackman musical “The Boy From Oz,” in 2003, was hired to steer the ship. He was billed as “creative consultant” when the musical opened in June. Taymor was credited with “original direction.”