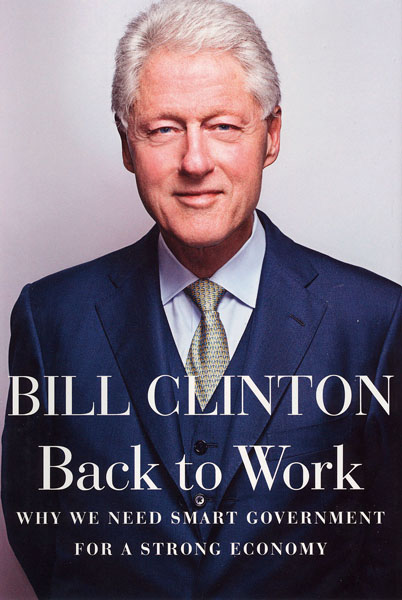 
Former President Bill Clinton says in a new book that last summer’s political fight over raising the U.S. debt ceiling made the nation look “weak and confused” overseas and he doesn’t know why President Barack Obama didn’t seek a hike in the limit when Democrats still controlled both houses of Congress.

He says the final deal did little to create jobs or solve the longer-term debt crisis.

In his book, “Back to Work,” Clinton analyzes the factors that contributed to the nation’s current economic woes and offers several policy prescriptions he says would create jobs and make the U.S. more competitive. While he generally praises Obama for taking steps to mitigate the financial crisis and deep recession, he also gently dings the president for poor communication and strategic misfires.

The book is scheduled for release next Tuesday by Knopf. The Associated Press bought a copy on Thursday.

Clinton, a Democrat, describes the current state of the country as “a mess” and largely blames the anti-government sentiment embodied in the conservative, anti-tax movement that has held sway since the 1980s. But Clinton also criticizes Obama and other Democratic lawmakers for not making a stronger case for the steps they took to stabilize the U.S. economy in 2009, like the bank and auto company bailouts and the $787 billion economic stimulus program.

Campaigning for Democrats in the 2010 midterm elections, Clinton said he took it on himself to explain “in plain language” what Obama and the party had accomplished. He says in the book he was thwarted because Democrats had no national message to counter the anti-government headwinds they were facing.