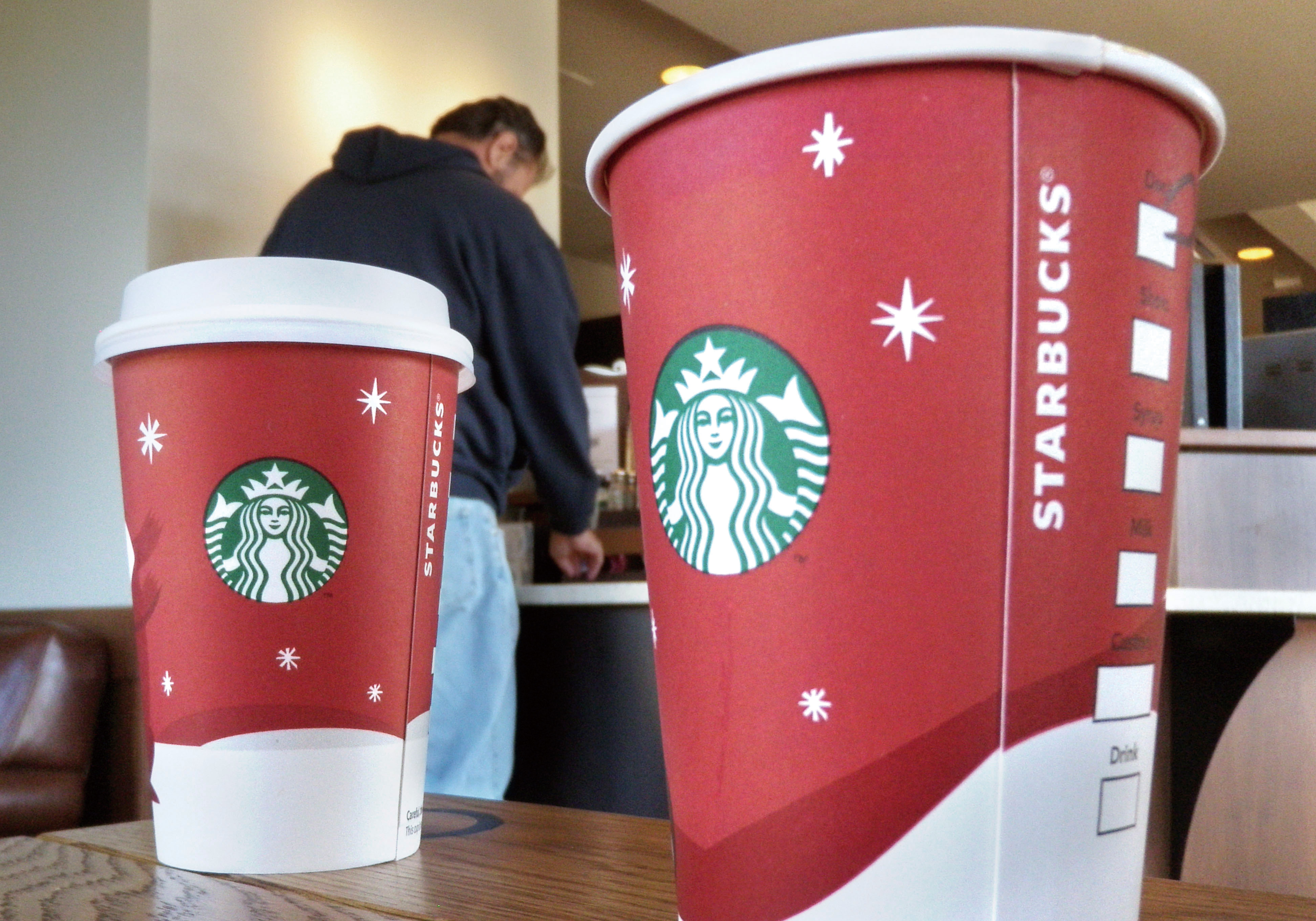 Starbucks Corp. reported Thursday that its fiscal fourth-quarter profit jumped nearly 29 percent and beat Wall Street estimates on strong sales around the globe.
The coffee company has been a standout among its peers in the tough global economy because consumers have started indulging in more small luxuries like lattes. It has also expanded overseas, increased the number of products it offers and upped its presence in grocery stores and other retailers to help drive growth.
“Starbucks Coffee Company has never been stronger or better positioned for sustained, profitable growth than it is today,” Starbucks CEO said Howard Schultz said Thursday. “I have never in my career been more excited or more optimistic about where Starbucks is and where we are going as a company, or felt more strongly that we have the tools in the right places to get us there.”
The company reported after the market closed that it earned $358.5 million, or 47 cents per share. That’s up from $278.9 million, or 37 cents per share, last year. After adjusting for one-time gains and an extra week in the prior quarter, the company earned 37 cents compared with 32 cents last year.
Revenue rose 7 percent to $3 billion, with some benefit from foreign exchange rates. That jumped 15 percent after adjusting for the extra week last year.
The results beat expectations of 36 cents per share on revenue of $2.95 billion, according to FactSet.
Starbucks is facing a number of challenges from the drag of a weak economy on its customers to higher costs it’s paying for commodities such as coffee and milk. But strong sales offset these pressures. The company said revenue was bolstered by new drinks and food products, an expanded loyalty program and an emphasis on customer service and quality.
Revenue in its stores open at least a year, which is considered a key financial indicator as it strips away the impact of recently opened or closed stores, increased 9 percent during the period. This measure jumped 10 percent in the U.S. where consumers bought up more pumpkin spice lattes and bistro boxes. It increased 6 percent for its international business, with strong gains in China and some softness in the U.K. and Europe, where consumers have been hit the hardest by economic problems.
Starbucks also reported that its consumer products business showed major gains during the quarter. The company has expanded the number of products it sells in grocery stores, such as its Via instant coffee. And it recently took its distribution to these retailers back in house, ending an agreement with Kraft Foods Inc. Those moves helped Starbucks generate revenue of $717.9 million, a 20 percent increase over last year, for its consumer products segment.
“Starbucks today is executing in all markets and across all channels,” Schultz said in a statement. “We have never been better positioned to go hard and go fast after the tremendous opportunity that lies ahead in 2012 and beyond.”
The company’s full fiscal year net income jumped nearly 32 percent to $1.25 billion, or $1.62 per share. That’s up from $945.6 million, or $1.24 per share, in the prior year. Starbucks earned $1.52 on an adjusted basis, versus $1.23 in the prior year.
Revenue increased 7 percent to $11.7 billion for the year.
Starbucks says it expects to earn $1.75 to $1.82 for the coming fiscal year on an adjusted basis, with the bulk of the growth coming in the second half of the year as the pressure from higher costs for coffee and other commodities is expected to ease. Analysts expect Starbucks to earn $1.82 per share.
Coffee bean costs are expected to continue to increase in the coming year but the company said it has locked in some pricing contracts through 2013, which should reduce the pressure on its margins over time. The company also expects its sales growth to continue, which helps offset its higher costs.
The company, which operates about 17,000 stores around the globe, plans to add 800 new stores in the coming year.
Starbucks also announced Thursday that it plans to repurchase up to 20 million shares of its common stock. It also declared a cash dividend of 17 cents per share, up 31 percent from its most recent 13 cents per share dividend. The dividend will be paid Dec. 2 to shareholders of record as of Nov. 17.
Shares of the company rose $1.40, more than 3 percent, to $42.58 in after-hours trading.