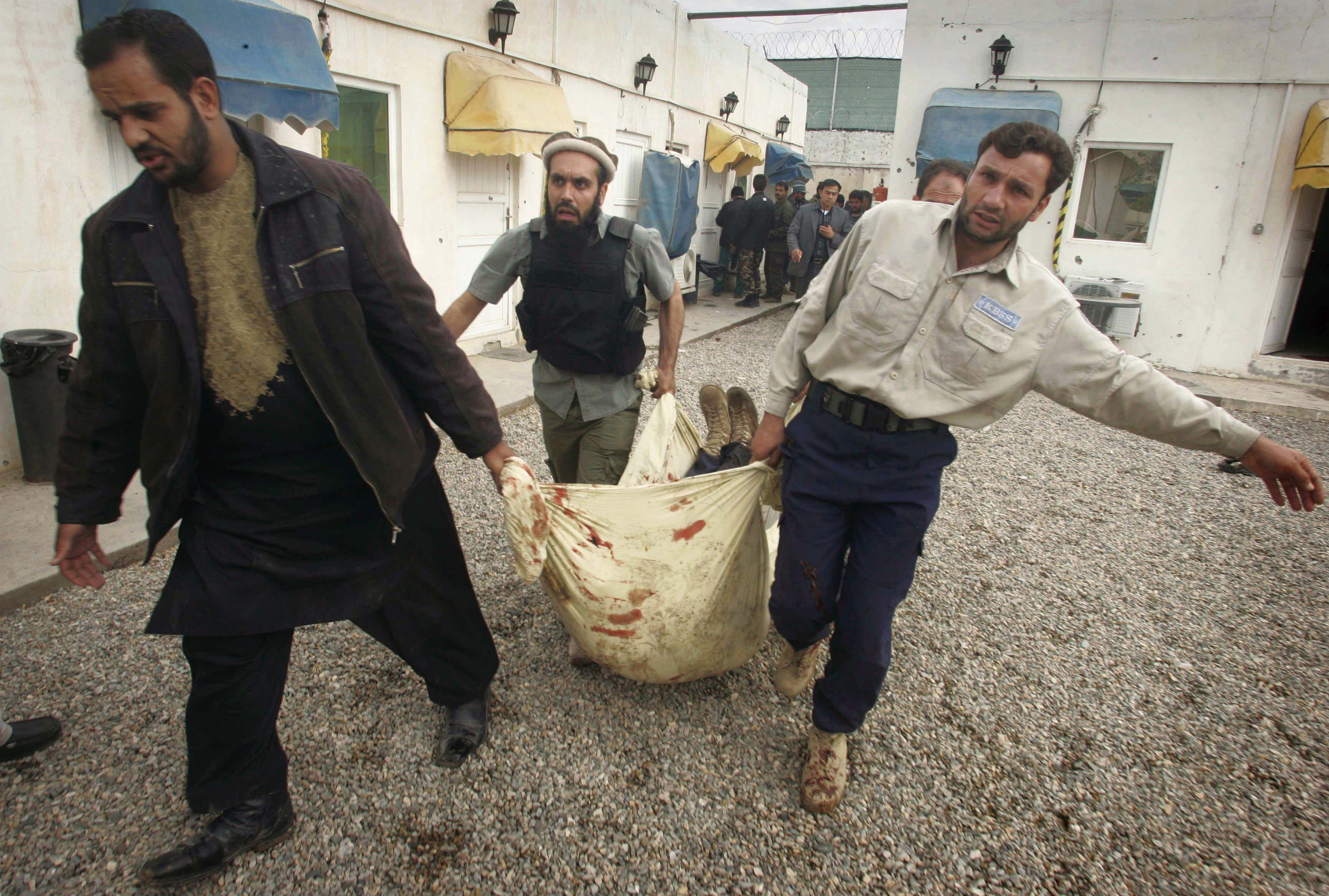 Two suicide bombers blew up a car packed with explosives at the entrance to a compound housing NATO contractors in western Afghanistan, then three gunmen rushed in and held employees hostage during a gunbattle, officials said. Two guards and all the attackers were killed.
Thursday’s assault came just days after the Taliban launched a brazen, two-pronged assault on a compound housing U.N. and international aid groups offices in southern Afghanistan. Five people were killed in that attack, including three working with the U.N.’s refugee organization.
In Thursday’s incident, two private security guards working at the compound and all five attackers were killed during the assault at ES-KO, a contractor for Italian troops deployed in Herat province.
One NATO service member, an Afghan policeman and a private security guard were wounded, according to officials with the ministry and U.S.-led coalition. Thirty-one people were safely evacuated from the site, the coalition said.
There was no immediate claim of responsibility for the attack, which occurred around 9:30 a.m. in Guzara district, south of the provincial capital of Herat.
The coalition dispatched a quick-reaction force that included ground troops and aircraft to the scene, about a half mile (one kilometer) from Camp Arena, headquarters for NATO’s Regional Command West.
The attack began with the suicide car bombing near the entrance of the company, which is located along the main road to the airport, said Noorkhan Nekzad, a spokesman for the provincial police chief. The road is a route often used by NATO and Afghan forces.
In a separate incident, Britain’s defense ministry said a soldier from the 2nd Battalion the Mercian Regiment was shot dead Thursday while on patrol in the Nahr-e Saraj district of Afghanistan’s Helmand Province. It did not name the soldier but said his family has been informed.
Also Thursday, a NATO service member died following an insurgent attack in southern Afghanistan, the coalition said without providing additional details. So far this year, 492 NATO service members have been killed in Afghanistan.
The violence comes as the U.S.-led coalition pushes to speed up the transition of security responsibilities to its Afghan counterparts before the end of 2014, when U.S. and NATO forces are to end their combat mission and go home or move into training or support roles.
The transferring of security responsibilities in Herat city began in July, and the incident could raise new questions about Afghan security forces ability to take on the Taliban alone.
While NATO’s 10-year war against the Taliban has hit the insurgents hard, they continue to be able to pull off headline-grabbing attacks.