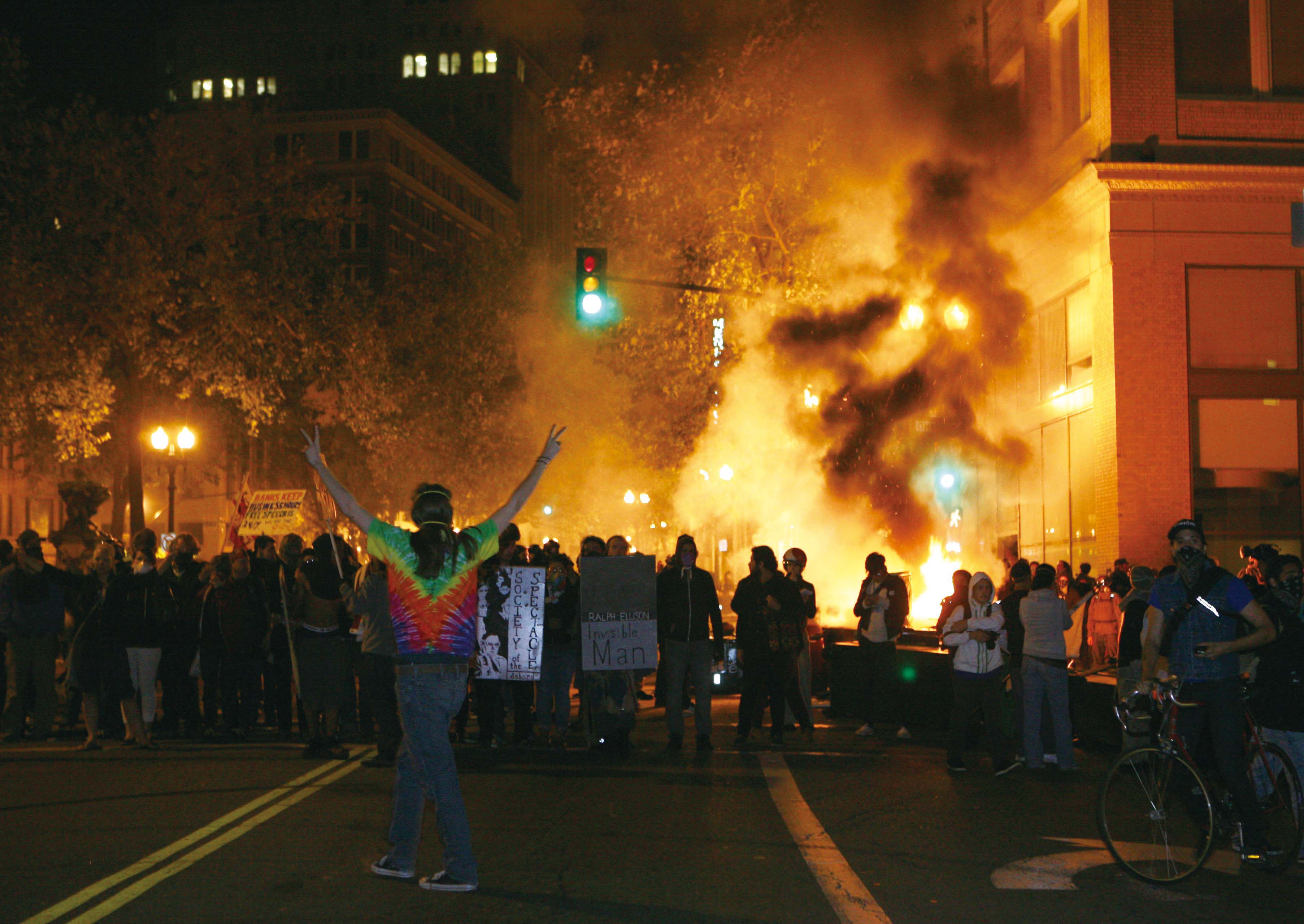 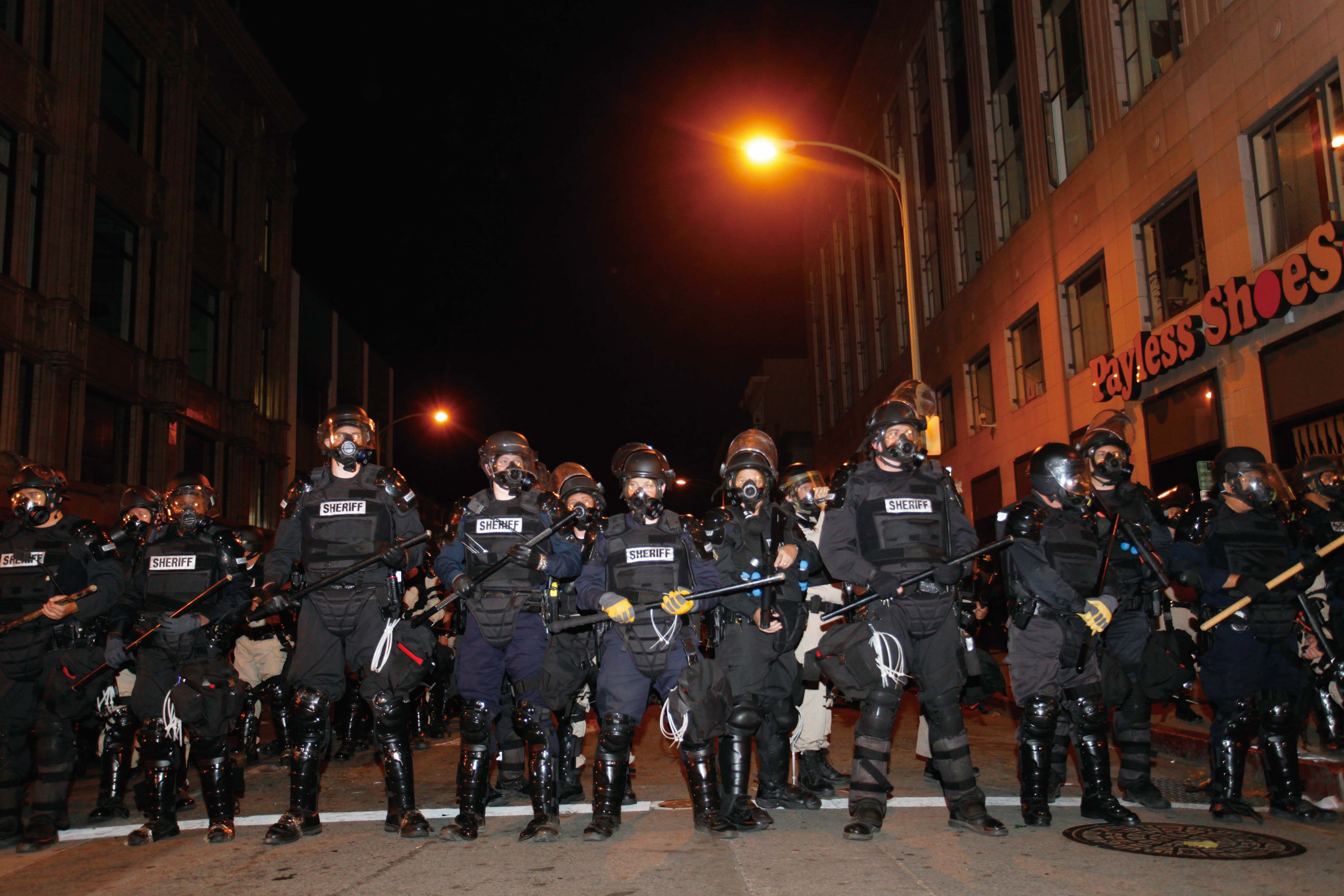 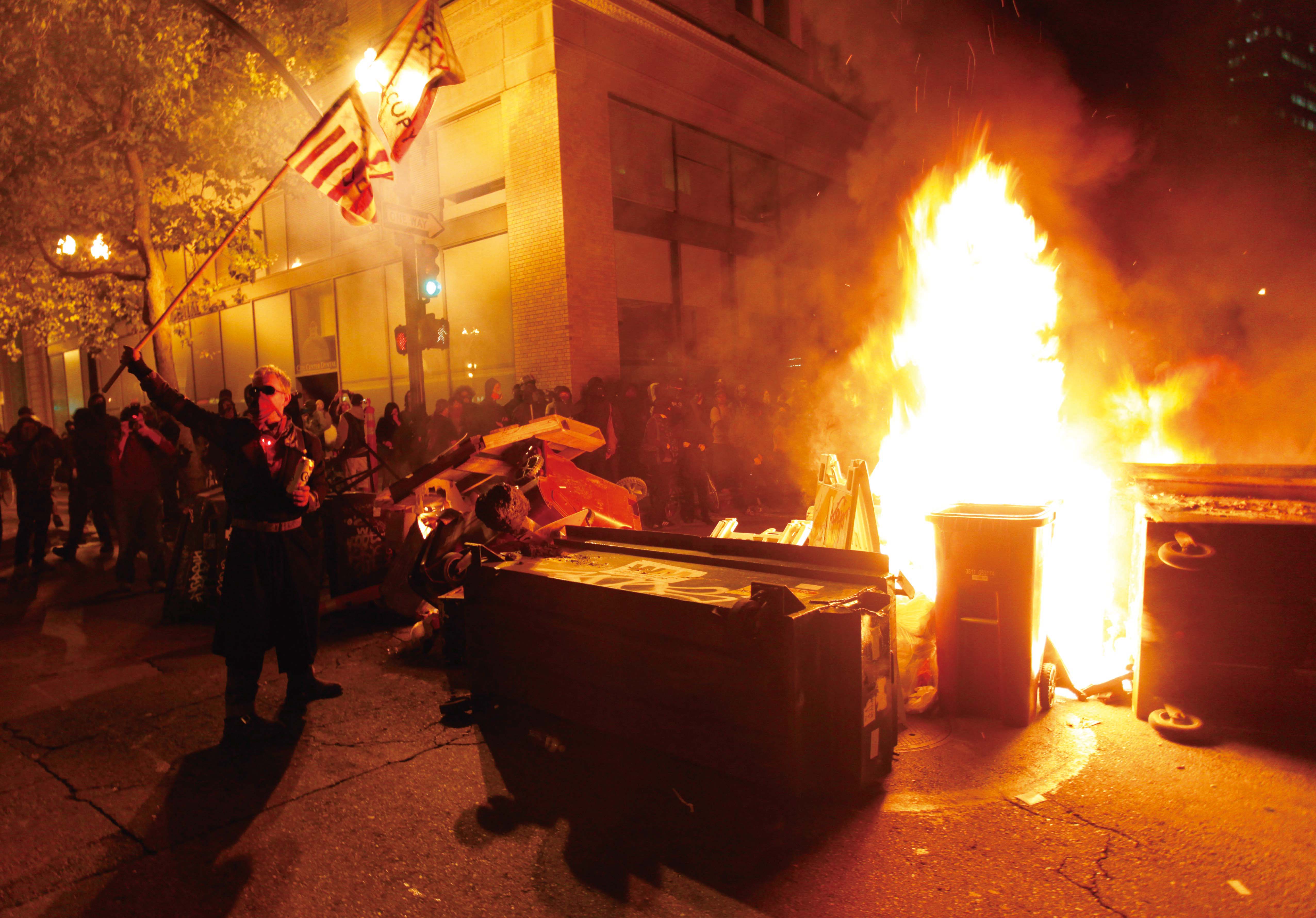 One of the United States’ busiest sea ports reopened Thursday, a day after being closed down by anti-Wall Street protests that again turned violent in the Californian city of Oakland.
The Port of Oakland resumed full operations after the docks, the fourth biggest in the United States by cargo volume, were closed overnight as clashes flared in the early hours, leaving more than 80 people arrested and eight hurt.
“Workers in the maritime area of the port continue to return to their jobs and seaport operations are returning to normal,” the port said.
No injuries or damage were reported there, although some protesters did briefly get into the port area. “There was a limited incursion into a private rail facility, and trespassers were escorted off peacefully,” the port said.
The Oakland port -- which does 59 percent of its trade with Asia -- sent staff home early on Wednesday as hundreds of protesters besieged the docks on the San Francisco Bay.
Police said nearly 7,000 people rallied in downtown Oakland during the day, notably targeting shuttered banks, before heading for the docks in the evening forcing the port to close.
The protests were mainly peaceful until around midnight, when dozens of protesters in the city center hurled rocks and bottles, briefly occupied a vacant building and torched a barricade.
Riot police responded with tear gas, echoing scenes last week when dozens of people were arrested and an Iraq war veteran was critically injured as police broke up a two-week old protest camp outside City Hall.
More than 80 people were arrested and five protesters and three officers were injured, including one bitten by a protester, a police chief said.
At one stage, about 200 people were found to be occupying a vacant building, police said, adding that they were armed with rocks, bottles and incendiary devices, and officers feared they would set the building on fire.
The violent protesters appeared to be a breakaway group from the much larger Occupy Wall Street movement camped out near Oakland’s City Hall, many of whom rushed to the scene to urge calm.
The Oakland Police Department said police were forced to crack down on a breakaway, violent group, saying they had no alternative but to act.
“Following repeated orders for the crowd to disperse with continued assaults by rocks, lit flares, roman candles and bottles, the order was given to deploy tear gas and bean bags at approximately 12:10 am.”
A spokesman for protest organizers slammed the violent minority. “They’re not part of the 99 percent,” Allan Brill told AFP. “They’re part of the .001 percent.”
“Many of us were trying to prevent window breakage and spray painting and that kind of thing,” he said.
Wednesday’s protests were in support of a city-wide strike call, which was followed notably by hundreds of teachers who joined demonstrators, whose numbers were estimated at up to 20,000 by organizers.
On Thursday afternoon, about 100 protesters milled around the relatively quiet sprawling tent encampment outside city hall.
Wooden planks covered a broken window in the Tully’s coffee shop adjacent to the protesters’ plaza. “We’re Sorry,” said one sign. “This does not represent us.”
Back at the port -- which handles some $39 billion in imports and exports per year and generates tens of thousands of jobs in the area -- authorities underlined its importance to the unemployment-wrecked local economy.
“The need for safety and security continues today, so that people can get back to work,” said the port statement.
“Continued disruptions will begin to lead to re-routing of cargo and permanent loss of jobs, a situation that would only exacerbate the ongoing economic challenges of our region.”