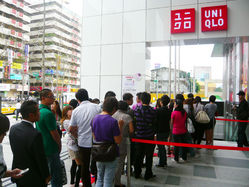 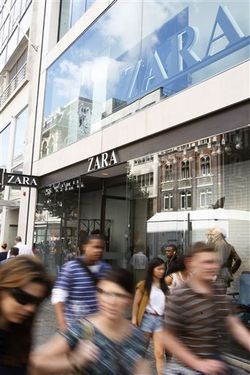 After Uniqlo made a trend in apparel parity market successfully, ZARA is now open in Taipei 101 in Taiwan today. There are must have the competitive competition between Zara and Uniqlo.
The hit chain ZARA was founded by Amancio Ortega Gaona in 1975 as a tiny cloth store in a faraway town in the northern part of Spain. ZARA’s international expansion increased and it became known as a global brand after it was taken over by the Inditex Group. Amancio Ortega Gaona also is the richest man in Spain.
Inditex is the retailer ranked No.1 in Spin and No.3 in the whole world with almost two thousand branch stores in 52 countries. It owns several retail brands for cloth including ZARA, Pull and Bear, Massimo Dutti, Bershka, Stradivarius, Oysho and others. ZARA is the most famous of these nine brands and is also the flagship brand. ZARA is known as a brand worth emulating in Europe. Its unique supply chain management approach makes it a benchmark enterprise for speedy and flexible management.
Yanai Tadashi born in 1949 and is founder and president for Uniqlo. He also is richest man in Japan. Uniqlo is a Japanese casual wear designer, manufacturer and retailer. Uniqlo used to be a division of Fast Retailing Co., Ltd. but it was restructured as a separate wholly owned subsidiary called Uniqlo Co., Ltd. also listed on the first section of the Tokyo Stock Exchange in 2005
Uniqlo leads Janpan’s clothing retail chain in terms of both sales and profits also the world’s fifth parity cloth band. Besides, Zara takes the place. Uniqlo expanded to China, France, Hong Kong, Malaysia, Russia, Singapore, South Korea, Taiwan, Thailand, the United Kingdom and the United States.
Uniqlo aims to develop the new product continuously and let customers buy the cloth easily like buy a magazine.
According to Japan’s Internet Company’s survey, it showed that almost 90% Japanese had bought the product for Uniqlo. Over half the people’s favorite shopping brand is Uniqlo. It is apparent that Uniqlo is so popular in Japan.