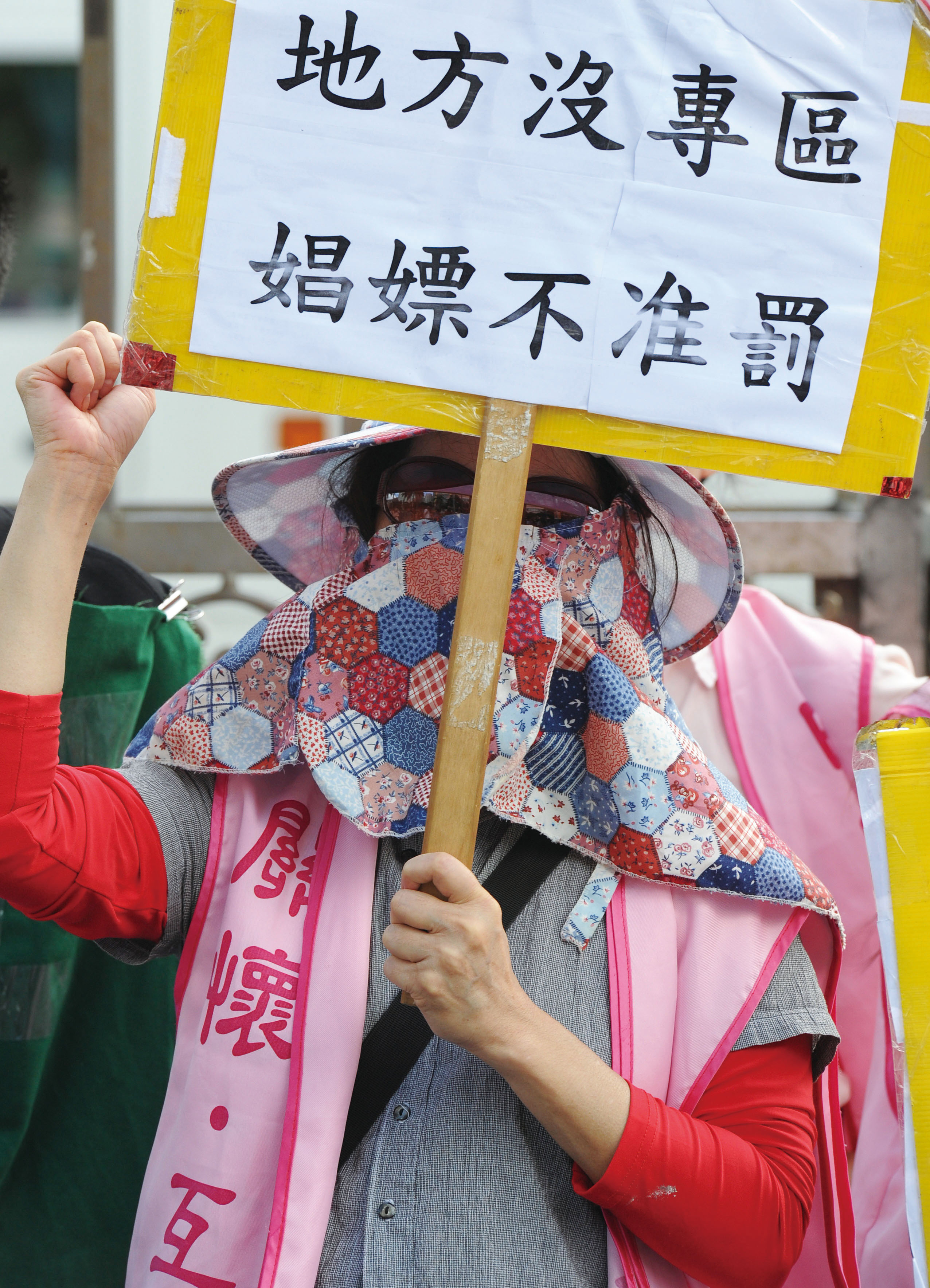 Taiwan’s parliament on Friday passed a controversial bill to allow red-light districts so it can more easily regulate the massive underground sex industry.
Under the bill, local governments can set up and manage special sex trade zones where licensed prostitutes will be allowed to ply their trade.
But any sex worker providing his or her services outside the zones can be fined up to Tw$30,000 ($1,000) while their clients and pimps also face a penalty.
The bill was introduced by the cabinet after the constitutional court scrapped a much-criticised regulation that punished only prostitutes while letting their clients go free.
However, it was criticised by some women’s groups who favoured another bill that called for punishing only the clients, while sex workers backed a third version punishing no one, although both were rejected on Friday.
The interior ministry, in charge of drafting the bill, has said the majority of the public are in favour of conditionally opening up the sex industry so the authorities can better regulate it.
The ministry dropped an earlier plan to allow small-scale brothels without zoning because it would be too difficult to monitor them.
While there is no official figure for the scale of Taiwan’s sex industry, observers estimate it involves hundreds of thousands of people and generates billions of Taiwanese dollars a year.