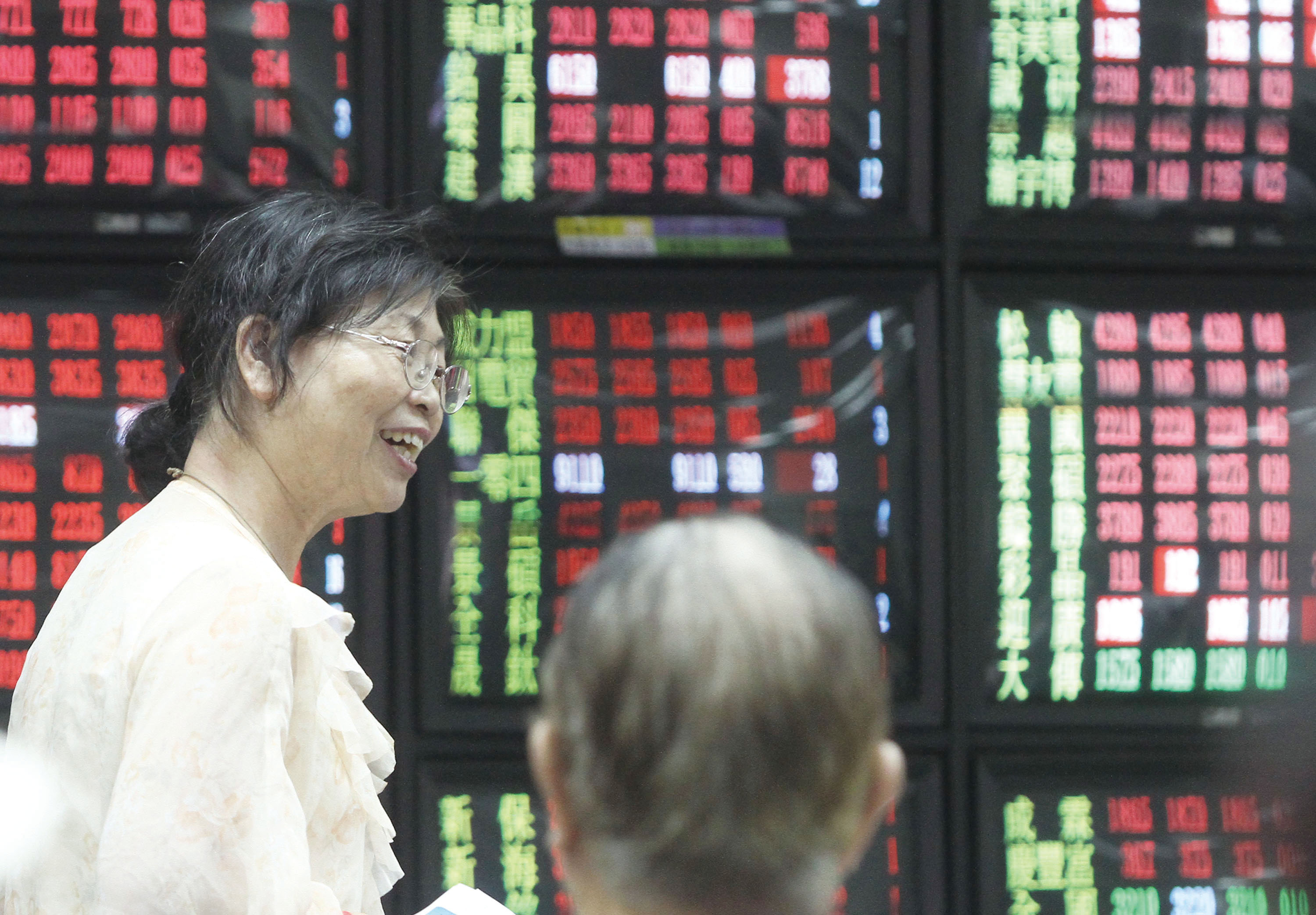 World stock markets rose Friday, including Taiwan, Australia, Singapore, China, India, Indonesia and Thailand, amid relief Greece’s prime minister had abandoned a referendum on the country’s bailout but gains in Europe were muted ahead of monthly U.S. employment figures.
The gains reversed four straight days of losses starting Monday. That’s when Greek Prime Minister George Papandreou shocked financial markets by unexpectedly announcing he would call a referendum on a European austerity plan aimed at restoring the country’s solvency.
Taiwan share prices staged a strong rebound Friday, closing above 7,600 points, as investors felt relieved after Greece backed off from an earlier pledge to hold a referendum on the rescue measures hammered out in the latest European summit to solve the debt problems in the eurozone, dealers said.
A move by the European Central Bank to cut its key interest rates by 25 basis points to boost the economy also helped the local bourse sustain its gains on expectations that a global interest rate reduction cycle will maintain ample liquidity in the equity markets worldwide, they said.
Markets remain jittery about how Europe will resolve its debt crisis. The risks to the region’s economy were also a clear factor in the ECB’s surprise decision Thursday to cut interest rates by a quarter of a percentage point to 1.25 percent.
Analysts expect economic growth in Europe to slow in the final three months of the year or even go into reverse.
Still, Greece’s decision to call off the referendum allayed concerns that it would reject the bailout plan — which could lead Greece into a massive debt default that could slam banks and other investors that were heavy purchasers of its bonds.
The weighted index in Taiwan rose 142.92 points or 1.91 percent to end at 7,603.23, after moving between 7,578.36 and 7,635.75, on turnover of NT$110.49 billion (US$3.68 billion).
The market opened up 1.68 percent as investors took hints from a rally on Wall Street overnight on the positive lead from Greece, and the momentum continued until the end of session on fund inflows which vaulted the index past the 7,600 point mark, dealers said.
Buying focused on large cap stocks across the board, in particular financial heavyweights which have exposure to the debt in the eurozone, amid optimism toward the European financial conditions after uncertainty imposed by the referendum was removed, they said.
“Investors hailed the move by Greece to cancel the poll,” Concord Securities analyst Kerry Huang said. “The market has turned upbeat and believed that Greece will soon obtain a new batch of rescue money soon as the European leaders have promised to avoid an immediate default.”
Huang said market sentiment had improved as fears of a systematic liquidity crisis had been reduced.
“After yesterday’s sell-off, investors simply seized the opportunity to hunt bargains among large cap stocks and that’s why the index made such a significant advance,” he said.
The textile sector scored the highest gains among the largest eight sectors, finishing up 2.8 percent. Financial and cement stocks rose 2.6 percent, construction shares added 2.1 percent, and foodstuffs gained 2.0 percent.
The machinery and electronics sector gained 1.8 percent, plastics and chemicals rose 1.6 percent, and the paper and pulp sector ended up 1.3 percent.
Huang said the local bourse was faced with strong resistance as it moved closer to 7,700 points as the market remained haunted by concerns over the global economy.
“So, we should keep a close eye on the U.S. October non-farm payrolls data due later in the day to get a more clear picture about the economic climate,” Huang said.
In the financial sector, Chinatrust Financial closed up 4.38 percent at NT$19.03 after it reported record high earnings for the first nine months of this year, while Fubon Financial ended up 3.65 percent at NT$34.05.