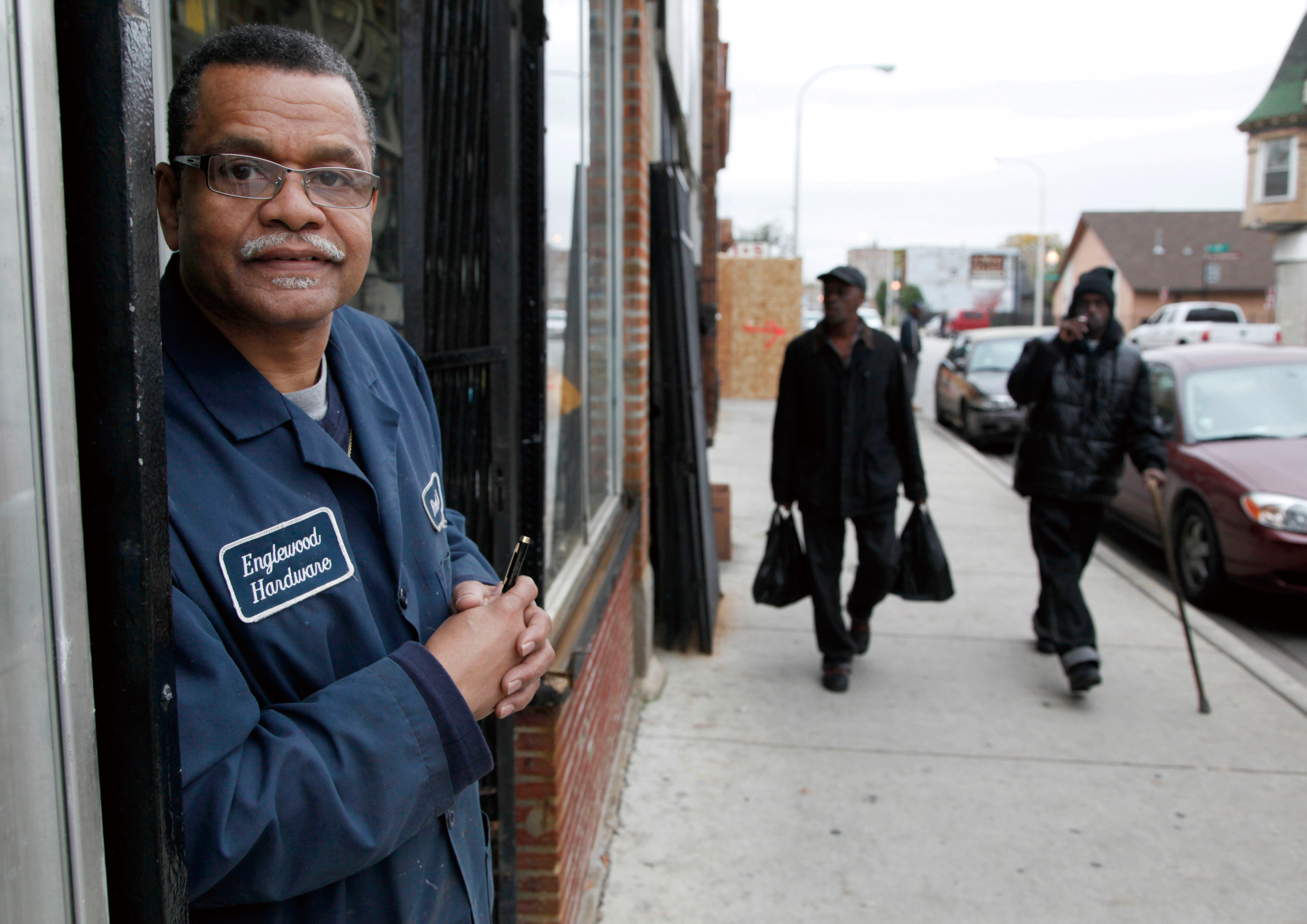 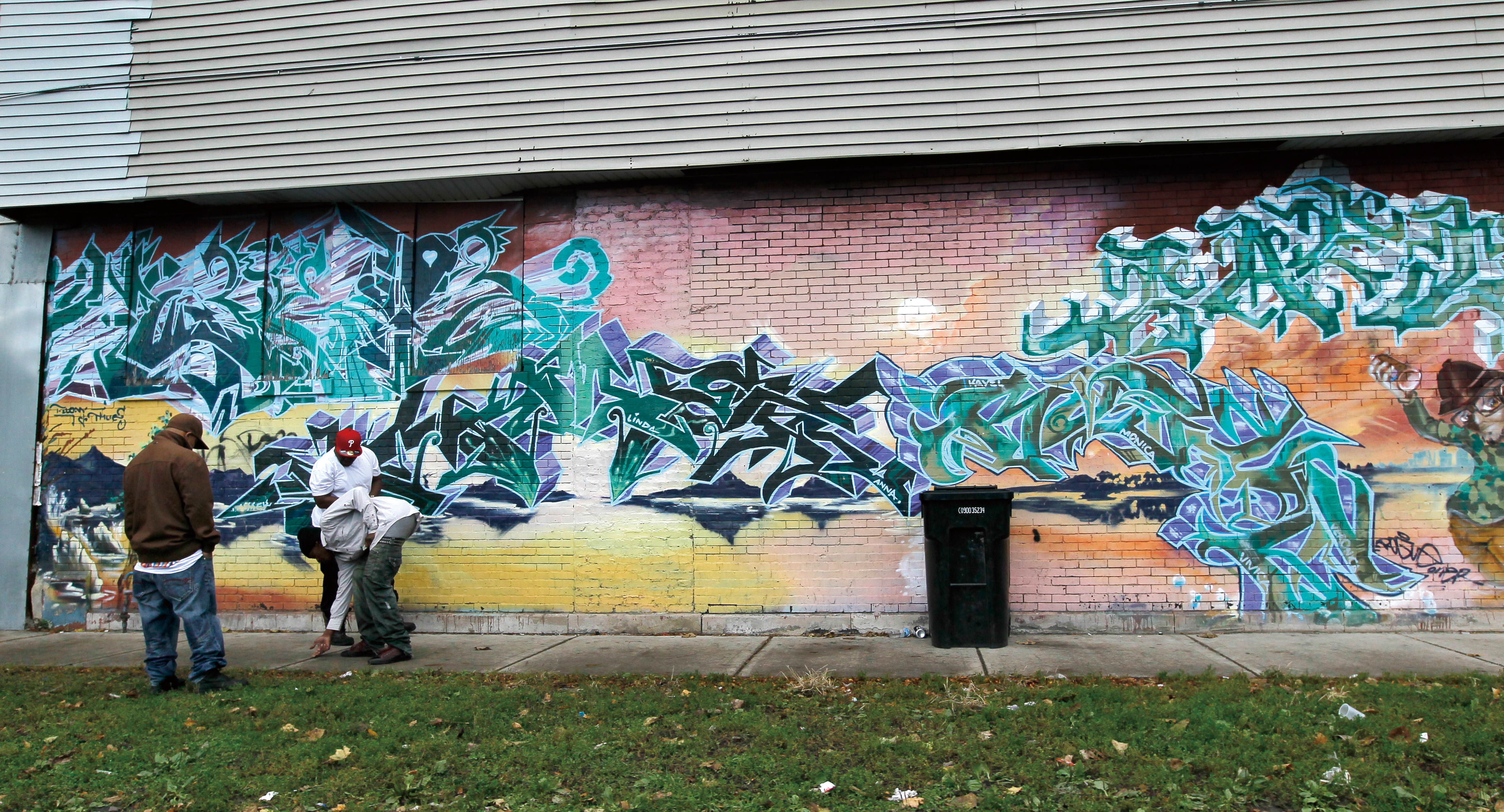 Striding quickly through the streets he learned as a boy, Mark Harris handed out fliers hoping to entice people to spend a weekend in Chicago’s most violent neighborhood, where barred windows are the norm and even residents keep watchful eyes on their parked cars.
The 39-year-old filmmaker has spent months promoting his “Englewood Film Festival,” two days of independent films and workshops set to begin Friday.
While Chicago is home to Roger Ebert and a thriving film culture, Harris is the first to admit his particular venue presents a seemingly impossible task: Bring together Englewood residents and outside visitors to enjoy high culture in one of the country’s most dangerous neighborhoods.
“It’s like fighting Goliath,” Harris said. “People who don’t live in Englewood, they’re afraid. That’s an obstacle within itself.”
Harris has put $5,000 into the two-day event featuring five films and free acting workshops, and knows he won’t turn a profit. About 220 tickets had been sold by Thursday, following a price cut from $50 to $25 when Harris realized he’d overestimated how much people would pay for two-day passes.
Success, however, is subjective and Harris said he hopes the festival marks a step toward transforming his piece of the South Side: nearly four-square miles that is home to a lot of crime and few grocery stores, and where about half the residents live in poverty.
The event ends Saturday with a documentary screening of “The Interrupters,” which chronicles Chicago violence and debuted to at the Sundance Film Festival.
“I always wanted to do something for my community,” said Harris, whose 2008 film “I Used to Love Her,” about a singer returning to her Chicago roots, was screened at the San Francisco Black Film Festival. “It’s art that people can actually learn from.”
Harris has written city officials, invited downtown professionals — and hired security for Lindblom Math and Science Academy, where the screenings and workshops will be held. With Englewood residents, he’s taken a one-on-one approach.
On a recent rainy day, Harris walked blocks around his auntie’s brick house, asking cousins to watch his car while he placed glossy fliers on porches, under windshield wipers and into hands of passers-by.
“How you doing, brother?” he asked with a neighbor’s familiarity and pitchman’s expertise. “We’ll have free workshops. Free.”
Brenda Webb, executive director of Chicago Filmmakers, which is planning the 30th Chicago Lesbian and Gay Film Festival next month, called Harris’ work “fantastic.”
“What would be really exciting is to get the people in that community who don’t often have cultural events to feel connected to it, to be engaged in it,” she said. “So there is an ownership in the community.”
It’s a community that has suffered, hit hard by economic downturns, population shifts and crime. Mention Englewood about anywhere in Chicago and the reaction is generally fear.
“I travel around and usually when our community is mentioned, it’s usually in a negative aspect,” said Englewood Black Chamber of Commerce CEO Arness Dancy. “They introduce me as ‘something good from Englewood.’”
Englewood, like so many inner city neighborhoods, was once considered desirable — less than 10 miles from downtown, freeway access, attractive brick homes and a bustling shopping center. In 1960, the population was nearly 100,000.
The number has dwindled to fewer than 30,000.
Officials say nearly 1,000 of Chicago’s 18,000-plus registered vacant buildings are in Englewood; advocates estimate it’s closer to 5,000 with recent foreclosures.
The police district including Englewood reports the most incidents of violent crime in the Chicago, including 43 murders, 78 sexual assaults and 558 aggravated batteries from January through September. By comparison, the downtown district that includes the famed Magnificent Mile and Gene Siskel Film Center reported one murder, 18 sexual assaults, and 53 aggravated batteries during the same time.
Still, residents say Englewood gets an unfair rap.
“We’ve been labeled in Englewood,” said Roderick Pierce, 61, whose life has revolved mostly around a two block radius where he grew up, owns Englewood Hardware and Paint and where his mother lives. “It’s difficult for me to accept that.”
Pierce points out the gems, and says Englewood residents look out for each other — it’s not uncommon for an elderly woman on the block to be called “grandma.”
The Englewood Jazz Festival has gone for a decade without any violence. Oscar-winning actress and singer Jennifer Hudson grew up there. An urban farm started this year and a revamped Kennedy King College, a city college of Chicago, opened in 2007 bringing a sit-down restaurant.
“Englewood, it ain’t all peaches and cream,” said Shango Johnson, 40, who works for an anti-violence group.
“But it’s like any other community. We see a lot of people are not knowledgeable on Englewood and that’s what it is.”
Urban planners point to events such as Harris’ as a jumpstart to transformation that can come with increased homeownership, jobs and investment.
“The jazz fest, film festival, community garden, they can sometimes be the start and spark to a revitalization effort, but those alone won’t do it,” said Derek Hyra, a Virginia Tech professor who’s studied Chicago neighborhoods. “It sometimes brings in people outside the community. It’s almost a marketing tool that can be helpful.”
For his part, Harris just hopes Englewood residents get the message.
“A lot don’t know what a film festival is, but you say (rapper) Lil’ Wayne is coming ... you’ll have thousands of people coming,” he said. “This is your event, your community.”
The filmmaker says he wants to raise his children where he first learned to love movies and taught himself to make them. Supporters say there’s reason for hope.
“People in the neighborhood will come,” said Larry Pringle, owner of Your Hair Design. “It deserves a chance.”