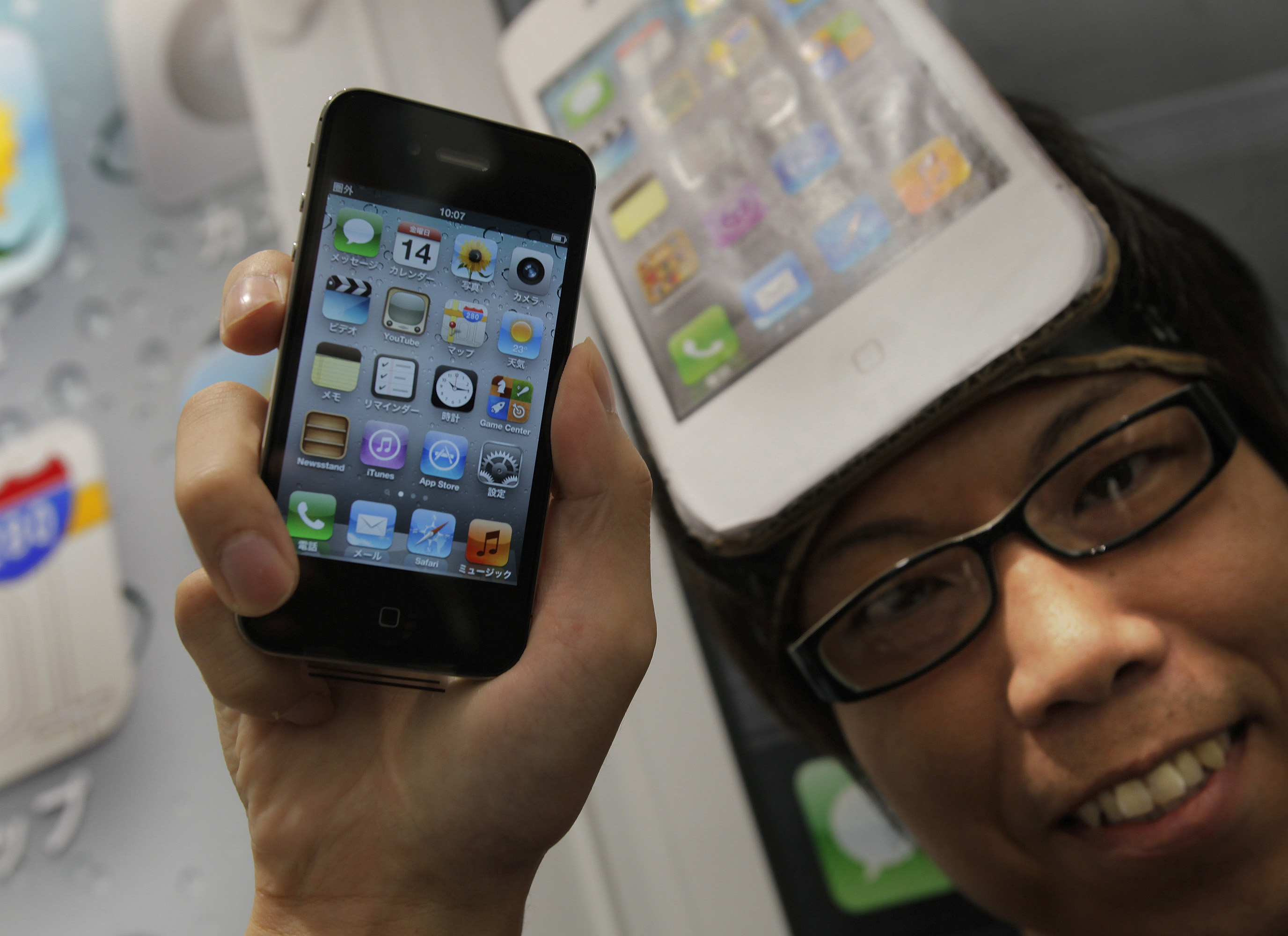 Apple, the juggernaut of consumer electronics, stumbled in its latest quarter, as the later-than-usual launch of the new iPhone held back sales.
On Tuesday, Apple reported earnings and revenue that came in below analyst expectations, sending its stock down 7 percent.
It was a rare miss for the seemingly unstoppable company and an inauspicious start for new CEO Tim Cook. But he promised that sales would come roaring back in the current quarter, when the iPhone 4S went on sale. Even in the just-ended quarter, earnings and revenue grew at rates that would be the envy of any large company.
Investors and analysts had expected the new phone to arrive in September, but Apple held off until Friday, delaying the sales surge into the new quarter.
Even so, iPhone sales were up 21 percent from last year at 17.1 million, a remarkable achievement considering that the flagship model at the time, the iPhone 4, was more than a year old. Analysts, however, were hoping for 20 million.
Michael Walkley, an analyst for Canaccord Genuity, said the sales shortfall was all because of the timing of the iPhone 4S. He said Apple will make up for it in the next few months.
“The growth story hasn’t changed,” he said.
Net income in the fiscal fourth quarter was $6.62 billion, or $7.05 per share. That was up 54 percent from $4.31 billion, or $4.64 per share, a year ago. Analysts polled by FactSet were expecting $7.28 per share.
Revenue was $28.3 billion, up 39 percent. Even though it wasn’t an all-time record, it was the highest for the July-to-September quarter. Analysts were expecting $29.4 billion.
Laptops were Apple’s strongest category in the quarter, with sales up 30 percent from the previous quarter thanks to the release of a new operating system, Lion. Total Mac sales set an all-time record at 4.9 million. Apple’s figures are bucking the trend for the PC market in general, which is seeing anemic growth.
Apple said it expects earnings of $9.30 per share and revenue of $37 billion. Apple usually low-balls its forecasts, and analyst figures are usually higher. But in this case, analysts had lower figures, expecting earnings of $9 per share and revenue of $36.7 billion.
In the full fiscal year, Apple earned $25.9 billion, or $27.68 per share. That was up 85 percent from the previous year. Revenue was $108 billion, up 66 percent.
Apple’s stock fell $28.26, or 6.7 percent, to $393.98 in afterhours trading following the release of results. That wiped out one week of gains. At the close of regular trading, it was the world’s most valuable company, but the stock drop means it’s yielding the position to Exxon Mobil Corp.
Steve Jobs relinquished his position as CEO in August, after going on medical leave in January. He died Oct. 5 after years of battling pancreatic cancer. Apple will close its stores for several hours Wednesday so employees can watch a webcast of a Jobs memorial service at Apple’s Cupertino, Calif., headquarters, according to a person familiar with the matter, who spoke on condition of anonymity and was not authorized to speak publicly.
New CEO Cook told analysts on a conference call that China continues to be the fastest-growing market for the company. In the latest quarter, sales were up nearly four times from last year and made up one-sixth of Apple’s overall sales.
“It’s an area of enormous opportunity. ... The sky’s the limit in there,” Cook said.
On Monday, Apple said it had sold more than 4 million units of the new iPhone 4S in the first three days. That’s more than twice the number it sold in the three days after the launch of the earlier model last year.
“In our wildest dreams we couldn’t have gotten off to a start as great as we have on the 4S,” Cook said.
Holiday sales of Macs are threatened by massive flooding in Thailand, which has knocked out several factories that make hard disk drives.
“I’m virtually certain there will be an overall industry shortage of disk drives as a result of the disaster. How it affects Apple I’m not sure,” Cook said.