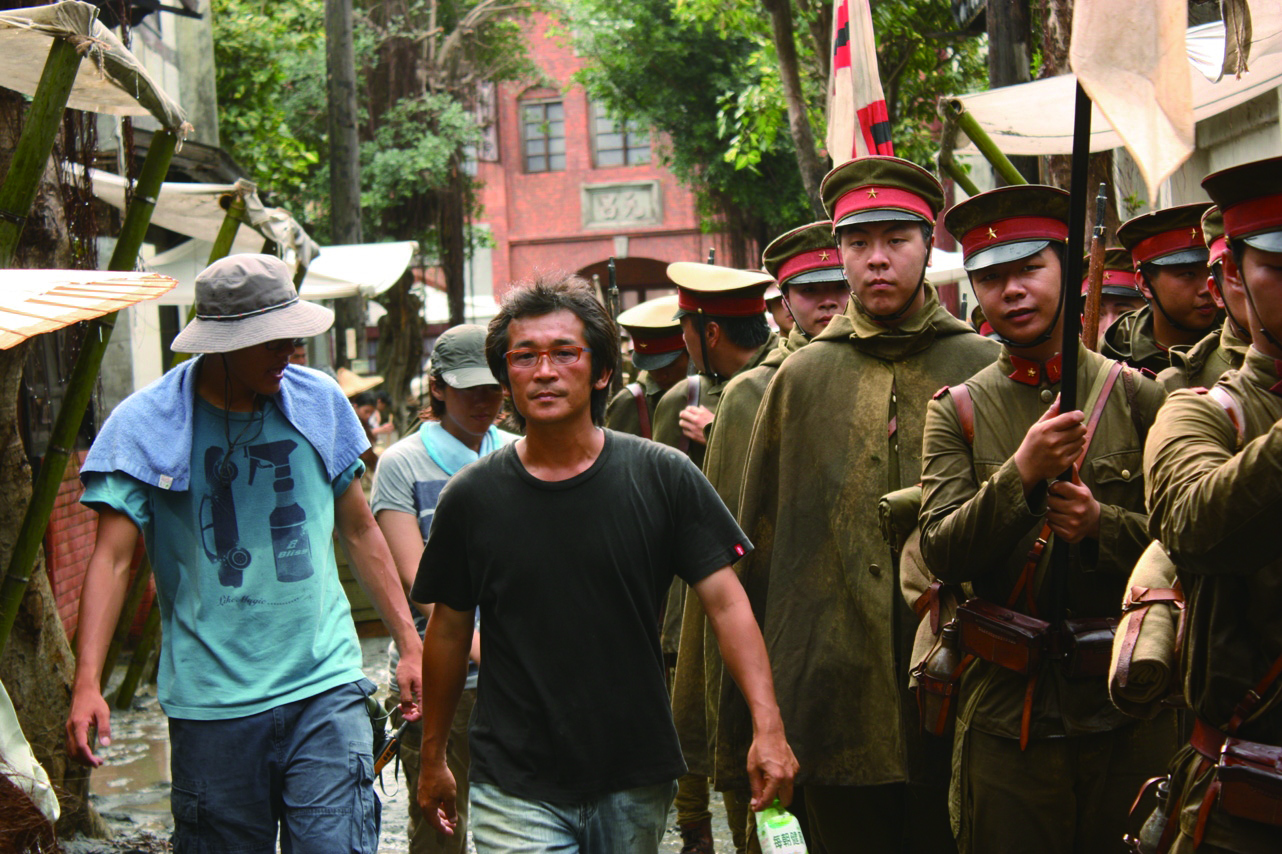 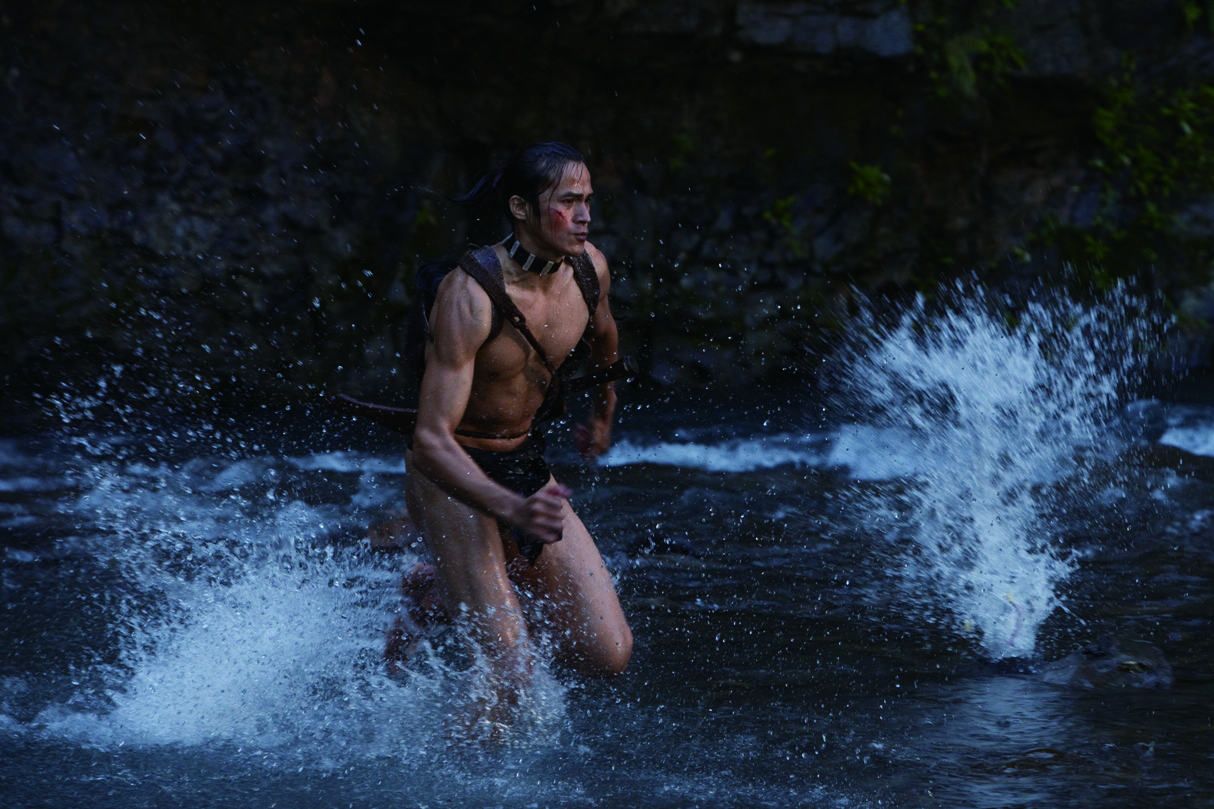 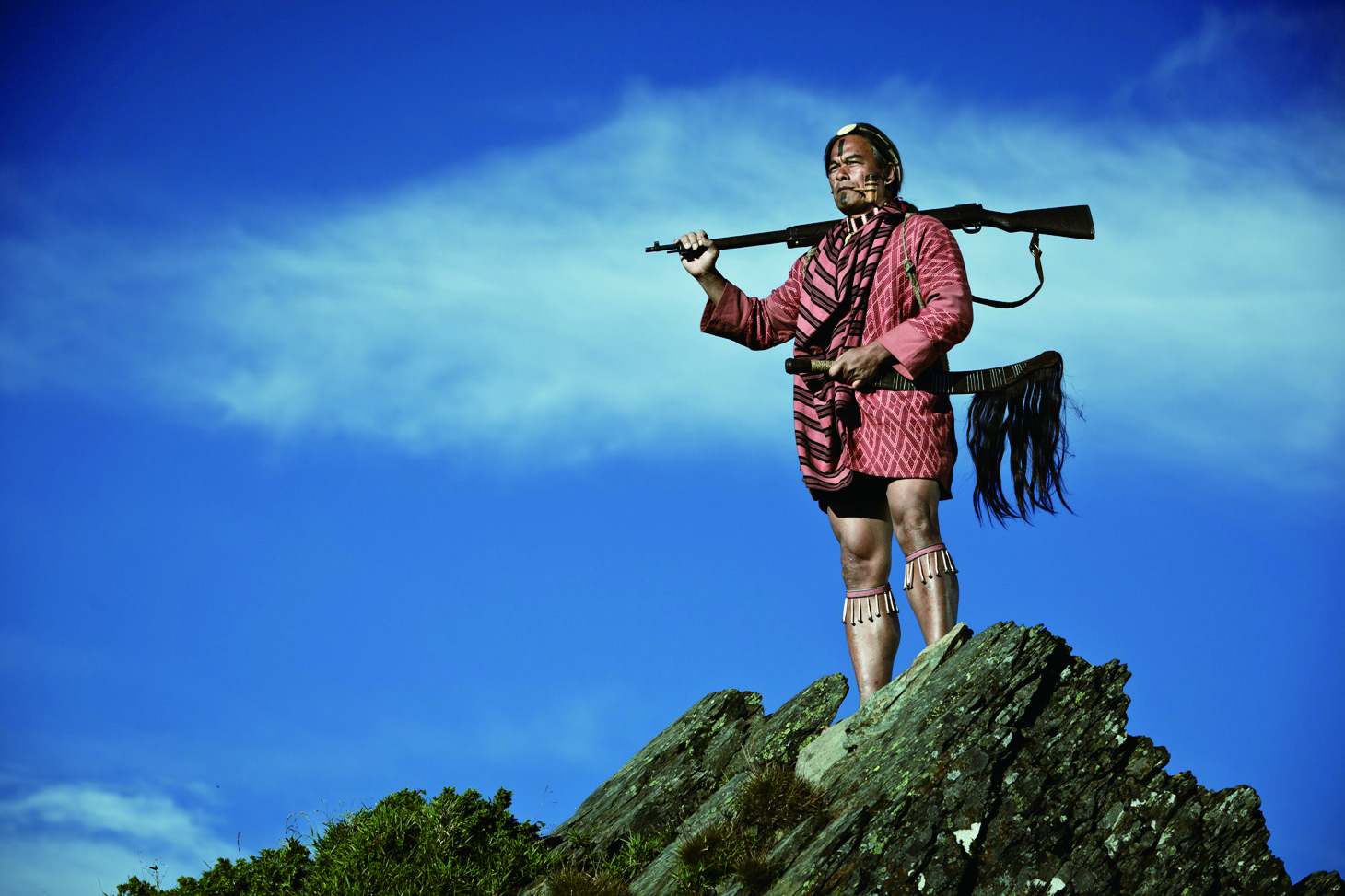 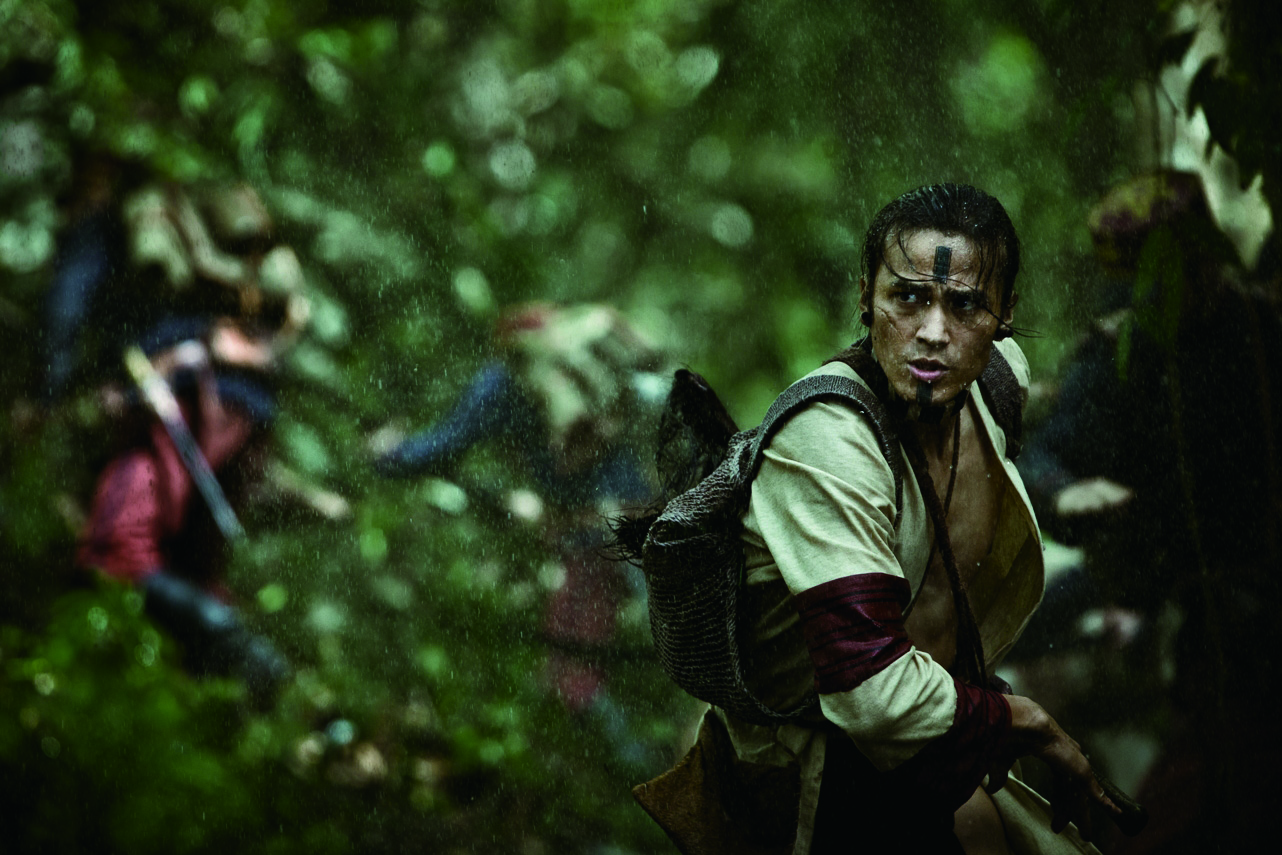 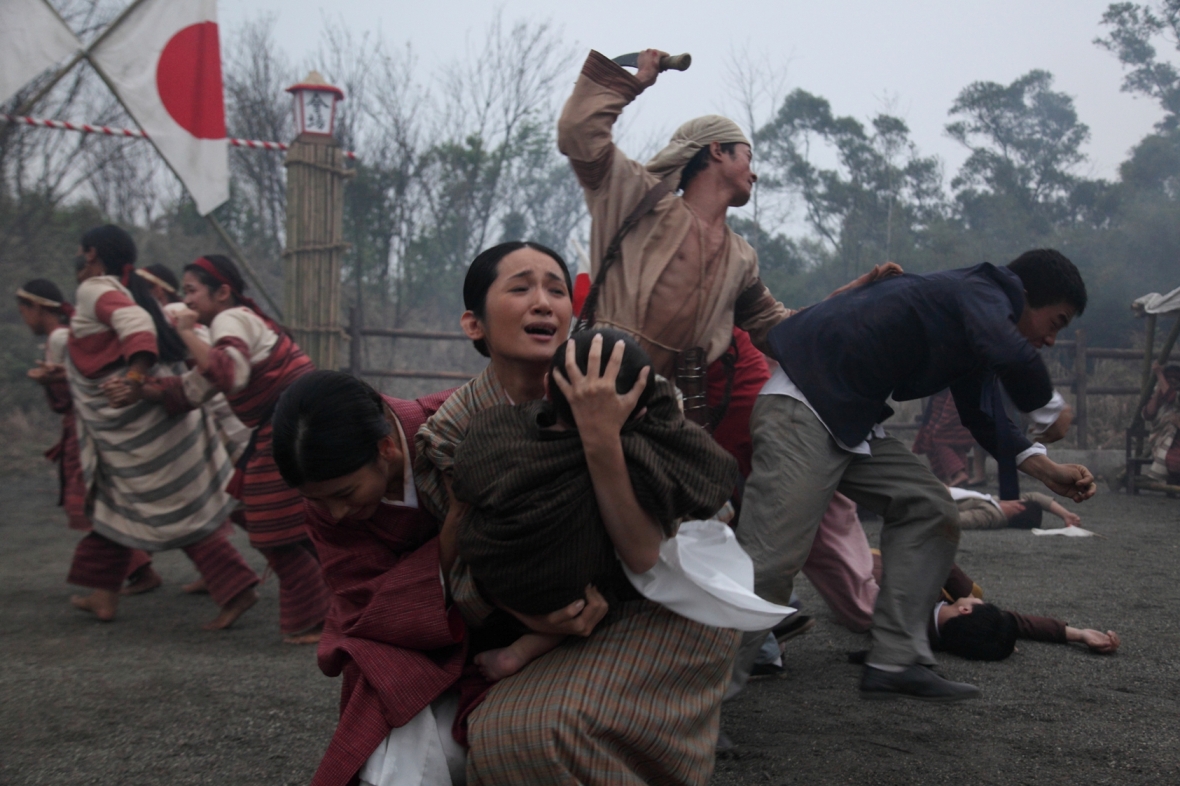 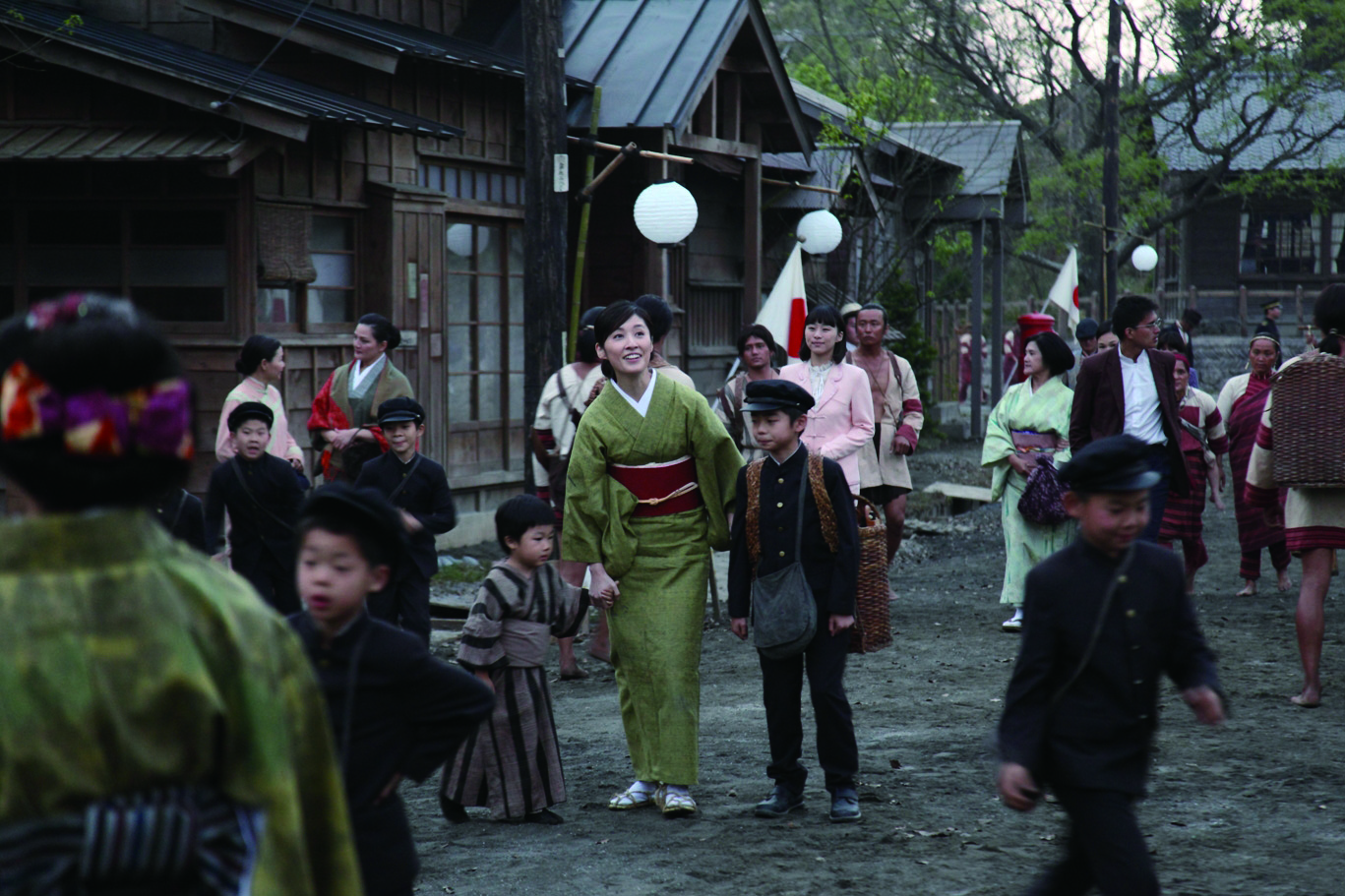 Cast in the same mold as “Braveheart,” Taiwanese director Wei Te-sheng’s newest film “Warriors of the Rainbow: Seediq Bale” may breathe new life into a forgotten history of the island country’s native peoples, who fought for dignity under Japanese colonial rule.

"Braveheart” (1995) is the 3-hour historical drama directed by and starring Mel Gibson. It won five Oscars at the 68th Academy Awards, including the Academy Award for Best Picture and Best Director.

"Warriors of the Rainbow: Seediq Bale” (2011) has been selected as one of the 22 movies in competition for a Golden Lion award at the 68th Venice International Film Festival, which runs from August 31 to September 10.

This 4.5-hour historical epic could become the fifth film by a Taiwan-based director to capture the prestigious Golden Lion Award – the highest prize given to a film at the Venice Film Festival. The other four winners include Hou Hsiao-hsien’s “City of Sadness” in 1989, Tsai Ming-liang’s “Vive L’Amour” in 1994, and Ang Lee’s “Brokeback Mountain” in 2005 and “Lust, Caution” in 2007.

"A 2.5-hour international version of our film is set to premiere at 5pm on September1 at the Sala Grande Theatre in Venice,” says the film’s producer Jimmy Huang.

But the complete version will premiere in Taiwan on September 4. Huang adds that they will erect a tent on Ketagalan Boulevard in front of the Presidential Office in Taipei to seat an invited audience of 600 such as Seediq people and angel investors.

"The 4.5-hour version is so touching that all Taiwanese should see it to get a better understanding of the Wushe Incident in 1930,” said Wei, best known for his blockbuster “Cape No. 7,” one of Taiwan’s top-grossing movies of all time.

The much-anticipated film will be screened at the 2011 Toronto International Film Festival September 8-18 and in Hong Kong, France and the UK. It is also set to hit local theaters in two parts on September 9 and 30 respectively.

The first part centers on the Japanese invasion of Wushe, located in today’s Nantou County in central Taiwan. In the late 1920s, the Japanese authorities used this area as an outpost to carry out their aboriginal policies because of its strategic importance.

They set up a model public school for native students there to assimilate them, but the Seediq were forced to give up their faith and lose their own traditional skills, such as head-hunting and weaving, two skills that Seediq men and women must master to prove that they deserve a facial tattoo – the symbol of adulthood.

"With facial tattoos, the Seediq are able to marry and start a family,” says Chiou Ruo-long, who published a comic book in 1990 on the Wushe uprising. The book was renamed “Comics Bale: The First Historical Comic of the Wushe Incident” and republished in February 2011.

These tattoos represented the Seediq’s traditional belief that youth could transform themselves into “Seediq Bale,” which means “a real man.”

Chiou further explains that after death the Seediq Bale would cross the Rainbow Bridge to reach the home of their ancestors’ spirits.

The second part of the film features the true story of the 1930 Wushe Incident from the perspective of tribal chief Mona Rudao, who led a group of repressed Seediq people to rebel against the Japanese colonial administrators, who ruled Taiwan between 1895 and 1945.

On October 27, 1930, an annual sporting event took place in the public school and attracted many Japanese officials and indigenous residents to attend. Rudao incited his tribesmen to revolt against the Japanese troops. Arousing his men to battle, he noted: “The Japanese number more than the stones at the Chusui River, and are denser than leaves in the forest, but our determination is firmer than Chilai Mountain.”

As a result, the joyful occasion turned into a bloody battlefield. With ancient guns, spears and minimal weaponry, Rudao led 300 warriors from six tribes in a fight against 3,000 Japanese troops in an effort to reclaim their land, dignity and honor.

Under the leadership of Rudao, then 49 years old, 136 Japanese were killed and 215 injured on that day, according to Chiou’s comic book.

But with modern weaponry and poison gas, the Japanese embarked on a killing spree and even mobilized pro-Japan Seediq groups to join the battle. After 50 days, the uprising was finally put down. Rudao shot himself, his first son Tado Mona hanged himself, and his second son Baso Mona was killed in a shootout. Only his daughter Mahung Mona survived.

The population of the six Seediq tribes – cut down from 1,236 to about 200 members after the rebellion – had almost been decimated.

"Twelve years in preparation and ten months of shooting, Taiwan’s highest budgeted film addresses many questions of human dignity and the Taiwanese sense of identity,” Wei says, adding that he is overjoyed that the world is finally going to see the true story on the big screen.

Produced by John Woo, Terence Chang and Jimmy Huang, the film had a budget of NT$700 million (US$24.29 million), a cast of 20,000, and a technical production crew of 400 drawn from Taiwan, Japan, South Korea and Singapore. Post-production took more than six months.

Wei paid special tribute to hundreds of indigenous actors, few of whom had any professional acting experience before the shooting began.

Hsu, who plays the Seediq woman Obing Tado who is forced to adopt a Japanese lifestyle, said the aboriginal actors had natural acting ability despite their lack of experience.

"They had a stern, killing look in their eyes,” she said, referring to a crowd scene during a key moment in the development of the Seediq revolt.

Praising the director for his determined efforts to unveil this long-forgotten history, Chiou says: “The long-awaited production is the Taiwanese first film performed in Japanese language and Seediq dialect instead of Mandarin Chinese.”

He believes that domestic and international viewers can understand the bravery and determination of the Seediq fight for dignity through this movie with Chinese and English subtitles.

Huang agrees that the important thing is to let more people view the film.

"Seediq Bale depicts one of those compelling but little known episodes in history that has the power to educate, inspire and move us as humans to believe in the possibility of succeeding against all odds,” says Michael J. Werner, Chairman of Fortissimo Films, which takes care of the film’s international sales.