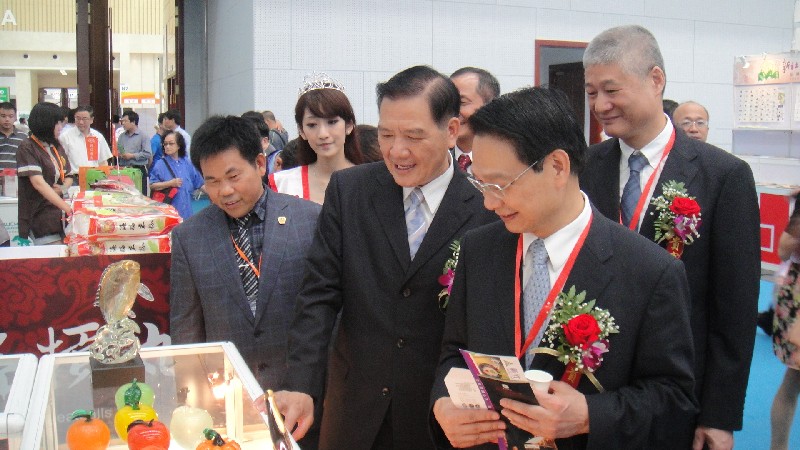 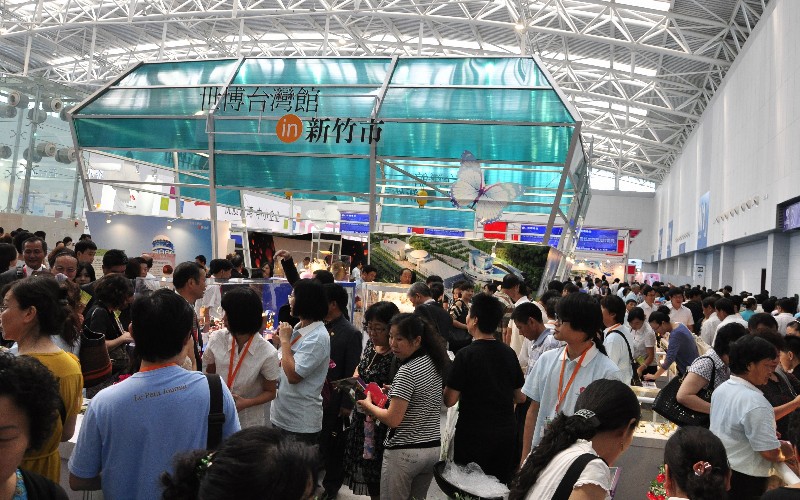 The 2011 Taiwan Products Exhibition in Tianjin started July 7 and lasted for four days at the Meijiang Convention and Exhibition Center in Tianjin. The “Taiwan Pavilion Expo in Hsinchu City” display was the main focus of Hsinchu City’s Exhibition. The theme involving sky lanterns and butterflies to attract people to come and visit impressed the many visitors to the display. They sat and drank tea from Hsinchu while watching a video which showed the history and environment of Hsinchu City. The three treasures of Hsinchu City - rice noodles, meat balls and glass art warks - were shown in the exhibition along with some of the high-tech products that Hsinchu is known for. In addition, a lot of tourist attractions were introduced including a three package which takes in the Science-based Industrial Park, the 17-kilometer Coastline Scenic Area, the foods of the Cheng Huang Temple area, 18 Peaks Mountain, the Glass Art Museum, the East Gate scenic area, the Ching-ching Plain and Grass Lake regions, the education complexes at Tsing-hwa and Chiao-tung universities and the Neiwan, Beipu and O-mei Lake areas. The Hsinchu City Government is also offering a special two-day ‘intellectual tour’ of the city which covers some of the locations mentioned above as well as spots like the Hu-cheng River area, the Motion Picture Museum and the Arts Museum. The city government hopes that this promotion of the Hsinchu Pavilion and other points of interest around the city will encourage visitors to Taiwan to add Hsinchu to their itinerary on their next visit.