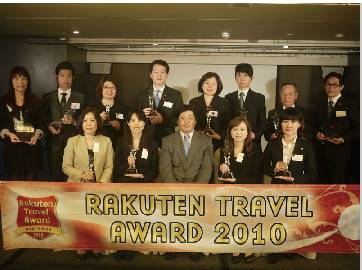 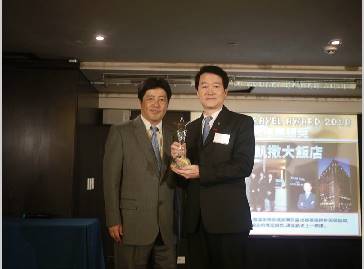 The impressive performance of almost 90% yearly occupancy in 2010 is prized Silver Award, Taipei, Taiwan in the wake of Rakuten Travel Award Taiwan 2009. The credit is given to Gary Pi, General Manager of Caesar Park Hotel Taipei for the performance. Gary has been involved in the hospitality industry for almost 30 years. He began with GM in Caesar Park Hotel Kenting in 2003 and appointed GM of Caesar Park Hotel Taipei in 2007. During his post, he refurbished the hotel, implemented Touch-Your-Heart Service and activated the elevator located on B1, which connects Caesar Mall and MRT Exit 6. Caesar Park Hotel Teipei is proud to be the pioneer hotel in Taiwan to be integrated with public infrastructure. With special advanced implementation to enhance the hotel’s service level, it recognized by awards domestically and internationally. We are delighted to announce that this year Gary Pi is promoted as Hotel Business Unit Vice President of The Hung Kuo Group and continues to lead Caesar Park Hotel Taipei as General Manager at the same time to an international moving hotel by its perfect service.

Caesar Park Hotel Taipei is blessed with the unique transportation advantage. It currently connects the transportation hub of Taiwan High Speed Railway, Taiwan Railway and Metro Taipei. With the Taipei Airport Express to the Chiang Kai-shek International Airport being completed in the future, it will become the biggest hub center, connecting all bus terminals to and from major cities in the island. Exit 6 of Metro Taipei brings you directly to our lobby. To avoid guests carrying baggage up and down the staircases, Caesar Park Hotel Taipei ‘s friendly Concierge is just a phone call away. “Baggage Service” telephone is set up at the connecting point of Caesar Mall and Exit 6 of Metro Taipei to take care of guest luggage. We are happy to announce that in the near future, to further assist guests traveling at ease and privacy, we activate the elevator in B1 public area, so our guests can reach the hotel lobby simply by a lift; to guest rooms, just insert the room key card into the elevator to get to your designated floor. Caesar Park Hotel Taipei is proud to be the pioneer hotel in Taiwan to integrate with public infrastructure, and all of our effort is geared to make your travel easier, more relaxing and hassle-free. Popular 3C products, fashionable clothing and accessories, creative and various necessities and different types of delicacies in B1 Caesar Mall are your one stop shops to appreciate shopping and dining.