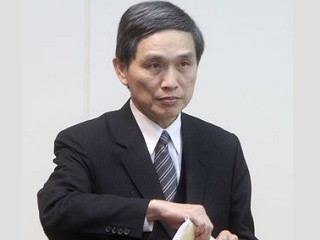 If phase one of the Kuokuang petrochemical project fails to pass environmental impact assessments, forcing the government to scrap the nearly NT$700 billion (US$24.12 billion) investment plan, the consequences will have to be borne by all the people of the country, the minister of economic affairs said yesterday.

Shih Yen-shiang made the remarks as the nation continued to be embroiled in heated debate about how to proceed with a long-planned investment project that will determine the country's self-sufficiency in ethylene.

Taiwan currently produces 97 percent of its domestic ethylene demand, with an annual output of 3 million tons. If the Kuokuang project planned for the central county of Changhua is not implemented, the self-sufficiency rate will drop to 61.4 percent, said Shih.

The shipping cost for importing ethylene is high. It is not easy to acquire and many countries simply produce the full amounts that they need, Shih went on.

Moreover, according to his ministry's estimate, phase one of the Kuokuang project would generate an added value of NT$268.5 billion annually, in addition to creating 219,707 jobs.

However, as the environmental impact assessments have been delayed for too long, he said, stricter requirements for the project to be implemented in Taiwan can be anticipated.

"I must also acknowledge that shareholders in the project have a strong sense of frustration and must be thinking about back-up proposals," Shih said in a stark warning that Taiwan could lose these investors altogether.

The Kuokunag project is a joint venture between state-run oil refiner CPC Corp., Taiwan, along with private investors.

Chen Pao-lang, chairman of the company, said a day earlier that the company has decided to downsize the scale of the project to building just 25 factories at the Changhua site, down from an initially proposed 41.

But the fate of even the downsized phase-one proposal lies in the hands of an environmental assessment panel of experts called in by the Environmental Protection Administration (EPA).

Shih said his ministry, which supervises the operation of state-run companies, will respect the results of the EPA assessments.

If the project gets the EPA panel's approval, "we will seriously implement the project, " he said. "If it fails to pass the assessments, the project will have to be scrapped," he added.

If on the other hand the project wins "conditional approval" from the panel, he continued, Kuokuang's shareholders will need to decide whether it is still worth investing in Taiwan.

The first impact of giving up the project will be the huge number of jobs that will no longer be available, he warned.

It will also mean that up to NT$700 billion-worth of investment will be funneled someplace other than Taiwan, the consequences of which will be felt by all of the people in the country, he said.

Phase two of the project, which calls for further investment of more than NT$900 billion, is another issue, one that has been scantily addressed, such is the importance of the litmus test of phase one approval.