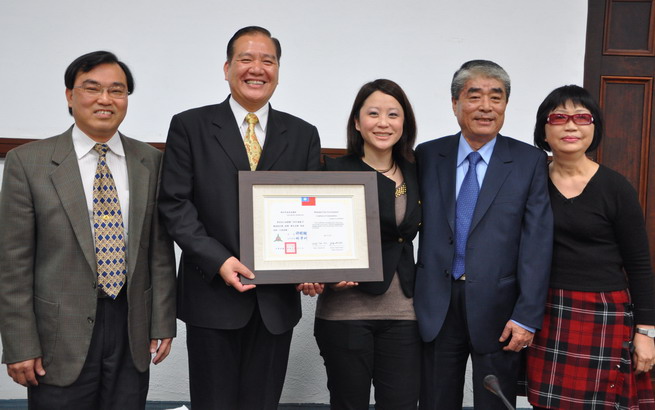 Guo Fang-Ling, a resident of Hsinchu, has been announced as the winner of the 2010 iF communication design award. Mayor Hsu complimented Guo at the municipal meeting today (March 21), praising Gou for her achievement in the design field.

Mayor Hsu awarded the commendation to Guo in person as Guo’s parents looked on at the awards ceremony. They expressed their pride in their daughter for her accomplishment and the award from the Hsinchu City Government. Mayor Hsu noted that the iF Product Design Award is the Academy Awards of the design field and has been highly recognized worldwide since 1954. Taiwan won 24 awards out of 499 works submitted from 26 different countries. Guo Fang-Ling, the winner of the 2010 iF communication design award,is definitely the pride of Hsinchu.

After finishing her studies in Canada, Guo dedicated herself to developing and marketing products in her father’s company and later on worked in famous design companies such as DEM. Besides the 2010 iF Product Design Award, Guo also won the 2010 Golden Pin Prize, which was awarded to her by President Ma. Her achievements in design have been outstanding.