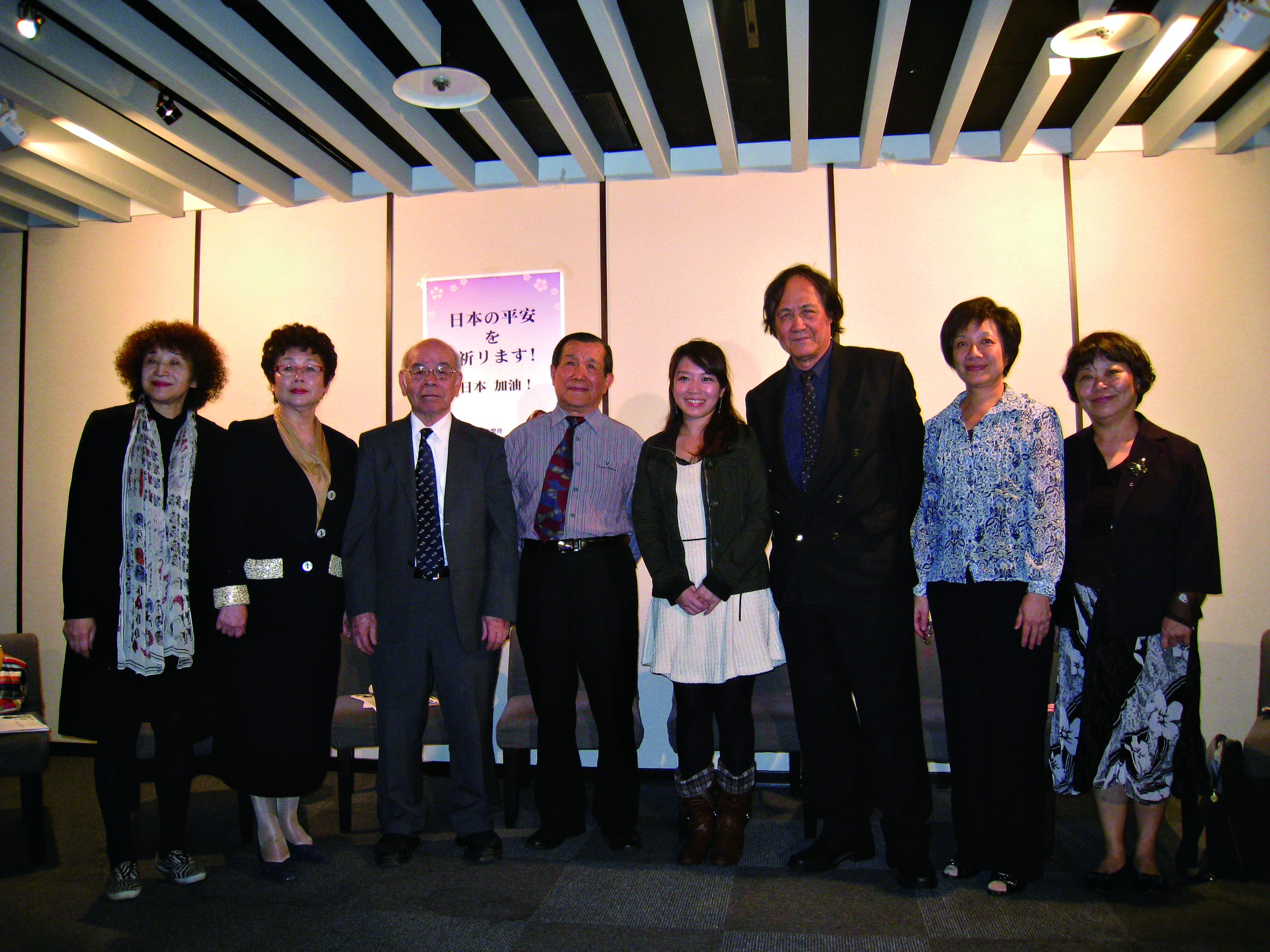 A 9.0-magnitude earthquake, a devastating tsunami and the on-going threat of a nuclear meltdown have not only left many people without homes and loved ones, but also questioning the purpose of life and seeking the existence of hope.

With the goal of sending love and prayers to the victims of Japan’s complex disaster, Taipei Opera Chorus collaborated with Japan’s Echo Nishi-Takamiya Female Chorus and other organizations for a concert full of Japanese folk music and Western opera chorus tomorrow in TaipeiEYE at 7:30 p.m.

The concert is conducted and directed by the renowned baritone Tseng Dau-hsiong, who is also an internationally recognized music educator. Tseng said that what happened to Japan was a disaster for the entire global village and everyone shares the same fortune and pain. As one of Japan’s closest neighbors, Taiwan has a tremendously strong relationship with Japan in various aspects such as historical culture, living customs, politics and economy. He also said he was touched by the Japanese people’s reaction, and that Taiwan has a lot to learn from Japan’s experience --- how to stay calm and how to keep believing in the midst of chaos.

According to Yi Jen-yang, leader of Taipei Opera Chorus, Echo Nishi-Takamiya was scheduled to perform in Taiwan before the earthquake struck. The group remained committed to the previous engagement despite the on-going crisis back home, so therefore this Taiwan-Japan concert has been specifically positioned as a musical event of prayer.

After prayer in silence, the program is divided into three parts: 1) Japanese songs performed by Echo Nishi-Takamiya Female Chorus; 2) Western opera highlights performed by of Taipei Opera Chorus, and 3) performance of Japan’s guzheng ensemble, Taiwan’s You & I Group and everyone in the audience to sing together.

The You & I Group is a Taiwan-based organization best known for its effort in Japanese language cultural research and exchange. Most members are in their 80s and 90s and some of especially important members include Wu A-min, chairman of Liberty Times, and none other than Chiang Sung-hui, son of Taiwan's democratic trailblazer Chiang Wei-shui.

According to Chiang Li-jung, deputy executive director of Chiang Wei-shui Cultural Foundation, the soon-to-be centenarian Chiang Sung-hui has donated to the concert in the hope of sharing his fortune with as many people as possible. As a former student of Tseng Dau-hsiong at National Taiwan Normal University, Chiang Li-jung acknowledged Tseng’s long-time commitment and hard work for humanitarianism and culture, and she encouraged everyone to express concern and wishes by contributing a small amount of his or her power.

The concert’s admission is free and donations are welcomed and encouraged. All proceeds go directly to Japanese relief efforts. For more information about tickets, please contact Kao Li-chuan at 0918527452 and Hsieh Mei-chu at 0932136299.