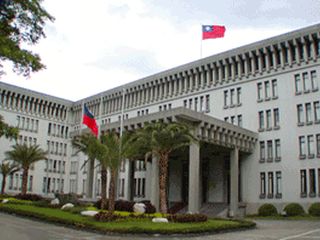 The opposition Democratic Progressive Party (DPP) won two legislative by-elections yesterday in a boost to the party's morale ahead of the next legislative and presidential elections scheduled for late this year and next March.

Besides retaining the seats vacated by its two members who took over mayoral and deputy mayoral positions late last year, the DPP also saw its vote counts increase in the by-elections compared with its vote shares in the previous legislative elections held in 2007.

In the fourth constituency of Kaohsiung City, Lin Tai-hua beat the ruling Kuomintang's (KMT's) Hsu Ching-huang by securing nearly 70 percent of the vote.

Lin, a former legislator, garnered 53,833 votes, while Hsu received 23,409, according to statistics released by the Central Election Commission.

In the constituency's three-way contest in 2007, the DPP's Chen Chi-yu emerged as the winner, claiming 45.14 percent of the vote, compared with the KMT's Wu Kuang-hsun, with 43 percent, and Hsu Ching-huan, who ran as an independent in that poll and garnered 10.64 percent.

The KMT drafted Hsu to carry its flag in Saturday's by-election in the hope of pooling non-DPP forces in a showdown with the party in a battlefield traditionally seen as DPP turf, but the bid failed with Hsu making a lackluster showing.

The Kaohsiung by-election took place to fill the vacancy left by Chen chi-yu, who assumed the post as the city's deputy mayor last December.

The KMT also saw its vote share decline compared with four years ago, when KMT nominee Kao Ssu-po lost to his DPP rival Lai Ching-te by a much narrower margin of less than 4 percent.

Hsu said his victory indicates the DPP's rising popular support, which he said is the outcome of concerted efforts by all party executives, as well as rank-and-file members.

The terms of both legislators-elect will be short, however, as all 113 seats in the legislature will be up for grabs again in less than a year.

Nevertheless, Hsu said Saturday's by-elections were battles the DPP could not have afforded to lose because they were forerunners of the crucial upcoming legislative and presidential races.

"If the DPP had lost the two seats, the party could face a bleak future," he noted.

With Saturday's win, the DPP's seats in the legislature have bounced back to 33, but it still leaves the party as the outright minority, as the KMT has 73 legislative seats.

"In the next phase, the party aims to return to power and become the dominating party in the legislature," Tsai added.

On the other side, the KMT apologized for the defeat of its candidates in the by-elections.

The voter turnouts were low in both by-elections, with the rates standing at 33.97 percent in Kaohsiung and 27.57 percent in Tainan.