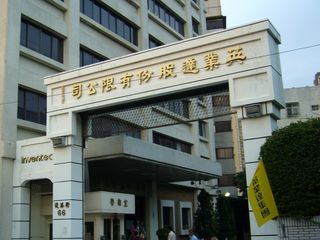 Inventec Corp., one of Taiwan's leading notebook computer ODM service providers, said yesterday that it and its affiliates have agreed to acquire a 47.97 percent stake in solar cell maker E-Ton Solar Tech Co. for NT$5.06 billion (US$174 million).

Inventec said it and its affiliates will acquire 230 million E-Ton Solar shares for NT$22 each to gain a foothold in the renewable energy business.

The announcement came after the Hon Hai Group, the world's largest contract electronics producer, scrapped plans earlier in the day to buy E-Ton Solar shares through a private placement.

The group canceled its stake purchase plans less than two days after it announced that its subsidiaries had agreed to buy a 36.766 percent stake in E-Ton Solar for about NT$4 billion.

Hon Hai spokesman Edmund Ting said earlier in the day that the acquisition plans were very complicated, with a lot of rumors circulating in the market.

However, Hon Hai said that despite the shelved plans, the decision made by the group to diversify its business into solar energy will not change.

Inventec said the company is seeking participation in the solar energy business as part of its long term development strategy, and expects that the new business will become a driver of the company's sales in the future.

The NT$22 purchase price offered by Inventec is even higher than the NT$20 that had been previously offered by Hon Hai.

Many Taiwanese high-tech companies are eager to diversify into renewable energy production in a bid to reduce the impact of the cyclical nature of their core business.