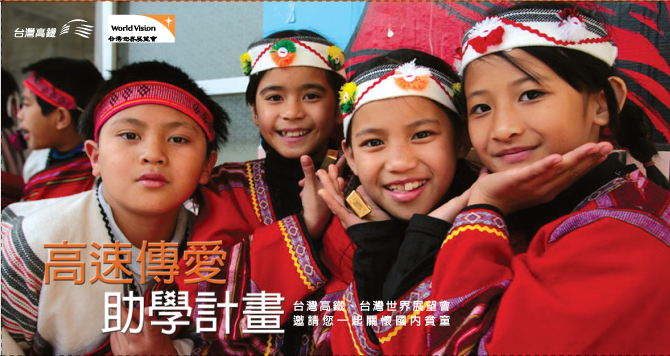 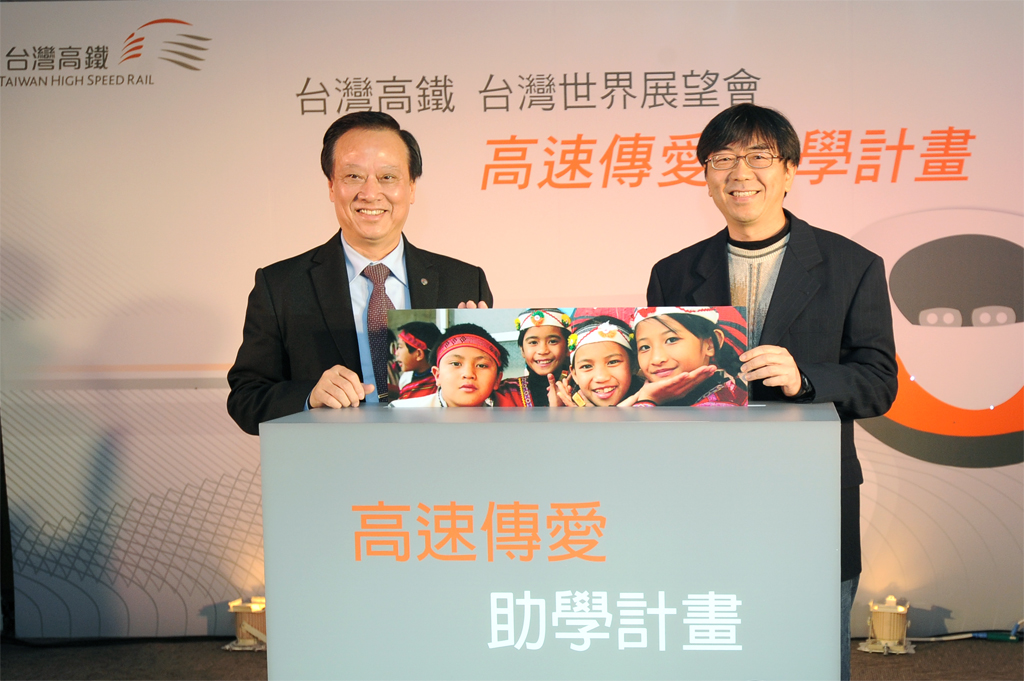 To mark its upcoming fourth anniversary next year, the Taiwan High Speed Railway (THSR) yesterday announced that it will continue to sponsor a charity program, funding children from disadvantaged or minority families. Passengers can donate money in service counters of every high railway stations starting from Jan. 1 to Mar. 6.

The charity program has raised NT$7.89 million, sponsoring education fees of more than 3,000 students. Also, the volunteer program of college youths starting from this July has gathered a number of eight volunteer teams and will be expanded in 2011 to cover more charity services in Taiwan, noted THSR.

The railway company will also continue its “community service club project,” funding volunteers with ticket discounts or sponsors in the next year.