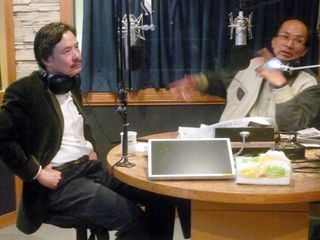 A senior Kuomintang (KMT) official said yesterday that the party and the government are taking steps to ban the practice of so-called embedded advertising or the buying of news coverage.

KMT Secretary-General King Pu-tsung made the remarks during an interview with radio presenter Cheng Tsun-chi.

A party-government meeting a day earlier resolved that the budget act should be amended in such a way that bans the central and local governments from using government budget to buy media coverage or to run advertorials -- advertisements that masquerade as real news, King said.

He admitted that the issue has been around for a long time and described it as "very complicated, " but he added that the KMT is determined to get to the root of it.

"This is a problem that must be faced by the central and the local governments, be they pan-blue or pan-green, " King said, referring to the two major political camps in Taiwan.

He accused the opposition Democratic Progressive Party (DPP) of initiating the practice when it was the ruling party between 2000 and 2008.

"When the DPP pointed its finger at others, " King said, "it forgot that its other fingers were pointing at itself. "

If the government wants to promote its policies or initiatives in future, such messages must be clearly marked as "government messages," he said.