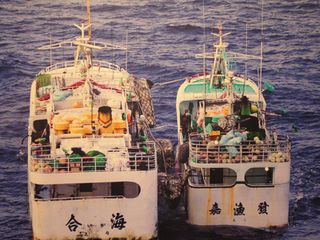 The Ministry of Foreign Affairs (MOFA) said yesterday that a 17th round of fishery talks with Japan will most likely take place next year after a one-year hiatus.

Speaking at a regular press briefing, Association of East Asian Relations Secretary-General Huang Ming-lung said that Taipei and Tokyo have established a "tacit understanding" that the long-stalled bilateral fishery talks will be held in 2011.

Although Taiwan and Japan enjoy a stable partnership in various realms such as trade, culture and trade, conflicts over the East China Sea fishing grounds remain a major flashpoint between the two countries.

The bilateral fishery talks mechanism was initiated in 1996, but talks were suspended for three-and-a-half years in 2005 after the 15th round of talks in Tokyo.

The talks resumed in February 2009 in Taipei, during which the two sides agreed to set up an emergency communication channel and allow two organizations to act as contact windows on behalf of their respective governments.

In December 2009, the Fisheries Administration announced that Taiwan had forged an agreement with Japan to allow inspectors from both sides to conduct on-board inspections of each other's vessels.

In other news concerning Japan that day, Huang said the government will continue to fight for compensation from the Japanese government on behalf of Taiwanese women who were forced into sexual servitude, euphemistically described as "comfort women, " for the Japanese Imperial Army during World War II.

In 2008, the Legislative Yuan passed a bill seeking proper compensation from the Japanese government for the surviving Taiwanese comfort women.

Currently, there are 13 surviving Taiwanese former comfort women. According to the Taipei Women's Rescue Foundation, approximately 500,000 women from Taiwan, the Philippines, China and various other countries, were forced into becoming sex slaves by the Japanese.