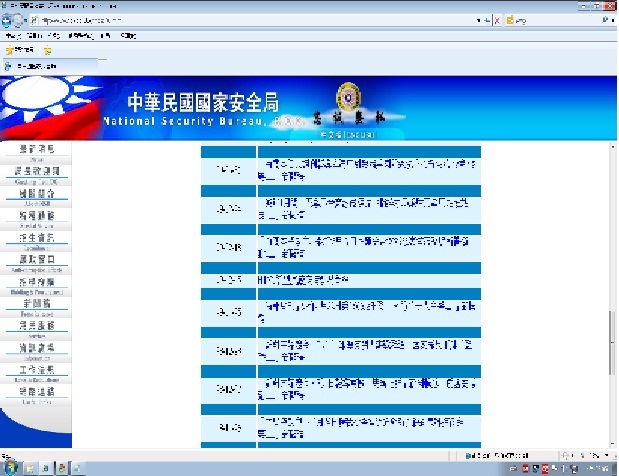 The head of Taiwan's National Security Bureau (NSB) said today that the bureau's website is usually attacked about half a million times per month, but so far none of the attempts have succeeded.

About 60 percent, or 3.04 million, of these attacks come from within Taiwan and roughly 12 percent, or nearly 600,000 attacks, originate from the Chinese mainland, said NSB Director-General Tsai De-sheng during a question-and-answer session at the Legislative Yuan.

Hackers try to break into the NSB's public website 499,000 times per month on average, but all the attacks have been monitored and blocked, he said.

Tsai said that the NSB also maintains an internal website that cannot be accessed by outsiders.

In related news, a legislator asked Tsai why the NSB has budgeted NT$1 million (US$33,000) for 2011 to cover the cost of a security detail for former President Chen Shui-bian even though Chen and his wife have been sentenced to 11 and eight years in prison in two separate corruption cases.

Tsai said the budget was planned before the sentences were handed down and that the security service for Chen has been discontinued since the Supreme Court on Nov. 11 handed down the prison sentences on the former first couple.