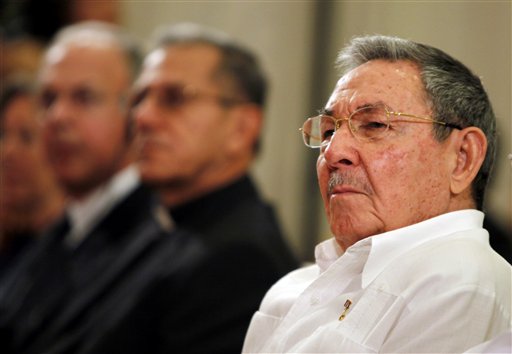 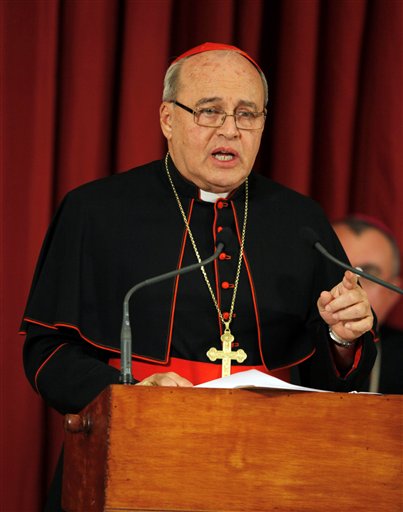 Cuban President Raul Castro joined an American archbishop and other Roman Catholic leaders yesterday to open a national seminary on the outskirts Havana, the first religious construction on the communist-run island in more than a half century.

The inauguration comes with the church's profile in Cuba at a high after Havana Cardinal Jaime Ortega helped negotiate the release of some 52 political prisoners jailed in a 2003 crackdown on dissent.

The cardinal had warm words for both Raul and his brother Fidel at the seminary's opening, saying both had kept their word to lend the project official support.

"This promise was fulfilled faithfully, and in the name of the church I thank both the former president and the current president, Raul Castro, who honors us with his presence," Ortega said. "This work has been able to count on state support through its conclusion.

Castro's presence at the function — and the fact that the seminary was built at all — sent a powerful message of just how much relations between the church and Cuba's government have improved in recent years.

The complex of several buildings built around a modern pink chapel will serve as a center of religious learning for new Cuban priests. Cuba's last seminary was taken over by the government in 1966 and ultimately turned into a police academy. After that, the church moved to a building in old Havana that was not big enough.

"An institution is born that is a continuation of (the old seminary)," said Eusebio Leal, Havana's chief historian and the man credited with leading the drive to restore the city's colonial center. "It brings together the same goals, promoting God and the fatherland."

Though Cuba never cut ties with the Vatican, relations were strained for decades. Tensions eased in the 1990s when the government removed references to atheism in the constitution and allowed believers of all faiths to join the Communist Party. They warmed even more when Pope John Paul II visited Cuba in 1998.

During his visit, the pope blessed a foundation stone meant to be laid at the site of the new seminary.

A U.S. delegation at the opening was led by Archbishop Thomas G. Wenski of Miami. In addition to the inauguration of the seminary, he and the other American clergymen planned to visit parishes and missions in Havana that are financed in part by a collection taken up each year in dioceses across the United States.

Castro sat in the front row during the ceremony, wearing a white guayabera and chatting with Caridad Diego, head of religious affairs for Cuba's Communist Party. Later, the cardinal and Castro cut a ribbon and walked together into the chapel.

The Cuban leader did not speak or take any questions, and Ortega made no mention of the political prisoners during the event.

Cuba faces a Sunday deadline to make good on its promise to release all 52 of the 2003 prisoners of conscience within four months of the July 7 agreement between Ortega and Castro. Church officials have not commented publicly on the deadline, but say privately say are waiting to see if the government will comply with the agreement.

Thirty-nine of the prisoners from 2003 have gone free and accepted exile in Spain. Most of the 13 still behind bars appear bent on staying in Cuba, and some say they will continue to press for political and social reform.

The government considers all of the dissidents to be mercenaries and common criminals, and says they are paid by Washington to destabilize the country.