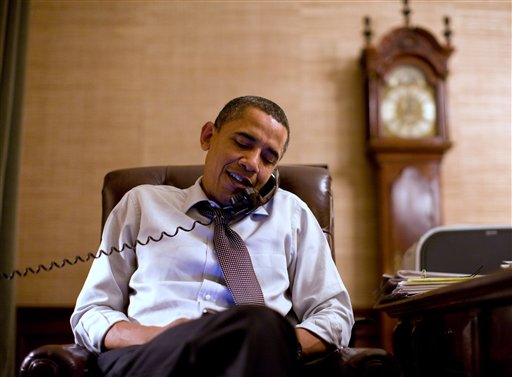 Officials fear the rebels could step up attacks to draw attention to the unrest in the disputed Himalayan region while Obama is visiting this week.

"They're also trying to create a situation where they may blame security forces for their actions," senior police officer Shiv Murari Sahai said.

Anti-India sentiment runs deep in the majority Muslim region, where more than a dozen rebel groups have been fighting for Kashmir's independence or its merger with neighboring Pakistan since 1989.

The seven militants killed by police and army troops this week across Kashmir were targeted based on intelligence information, Sahai said.

No rebel group has commented on the latest battles, although an umbrella organization of more than a dozen Kashmiri rebel groups recently said it was limiting operations to border areas until after Obama's Nov. 6-9 visit to Mumbai and Delhi.

"We've reports that (intelligence) agencies are up to some mischief and if something untoward happens (during the President Obama's visit) it should not be attributed to militants," the United Jehad Council said in a recent statement.

With the rebellion largely suppressed, resistance to Indian rule has taken the form of street demonstrations over the past three years. Anti-India protests and subsequent government crackdowns since June have left 111 people dead, mostly teenage boys and young men in their 20s.

Separatists have called strikes, and authorities have imposed curfews in an attempt to stop protests.

India accuses Pakistan of arming and training Muslim militants. Islamabad denies the charge, saying it gives only moral and diplomatic support to the rebels.

India and Pakistan have fought two wars for control of the region. More than 68,000 people, most of them civilians, have been killed in the militant uprisings and Indian crackdowns.