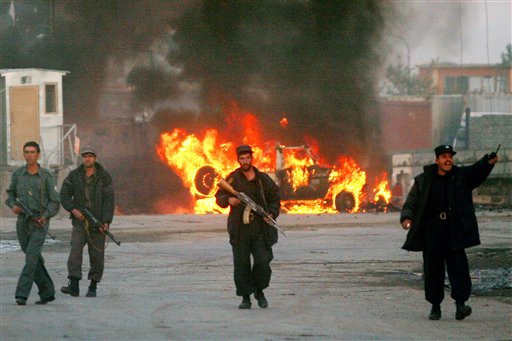 NATO says one of its service members has been killed in an insurgent attack in northern Afghanistan.

The statement did not provide details of the attack or the slain service member's nationality.

Northern Afghanistan has traditionally been more stable but attacks and bombings in the region have increased in recent months after NATO and Afghan troops began pushing into the insurgency's heartland in the south.

It's unclear whether the southern operation is simply displacing Taliban insurgents into other parts of the country or whether the traditionally Pashtun insurgency has managed to build alliances with ethnic groups in the north.

Today's death brings the total number of NATO soldiers killed in Afghanistan this year to 608.