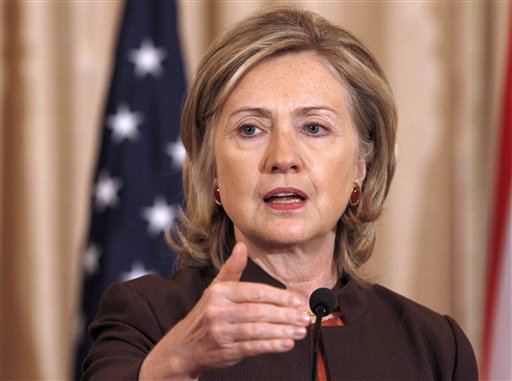 U.S. Secretary of State Hillary Rodham Clinton is in Papua New Guinea, promoting human rights and women's empowerment in a South Pacific nation suffering from an epidemic of rape and police brutality.

The first secretary of state to visit the country since 1998, Clinton arrived today in the capital of Port Moresby for a brief stop during which she will also push an anti-corruption agenda amid concerns that a windfall from a massive natural gas find will exacerbate existing graft.

Clinton's stop in Papua New Guinea comes in the middle of a marathon two-week trip to the Asia-Pacific region. She already has visited Vietnam, China, Cambodia and Malaysia. She wraps up the tour in New Zealand and Australia.