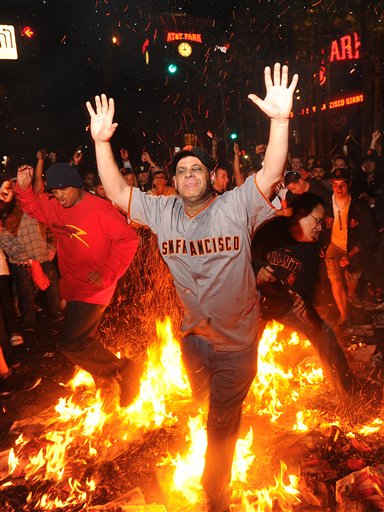 The San Francisco Giants, which won its first U.S. Major League Baseball (MLB) title in 56 years Tuesday Taiwan time, said the team was close to making a decision on a two-game series to open the 2011 season in Taiwan and that it is highly possible the team will come.

"We have to have this done in the next couple of weeks, that's my understanding. We're trying to work it out and I think it's somewhat close to happening. We've had conversations and there aren't any big disagreements," Giants President Larry Baers was quoted as saying on the MLB website.

If the Giants agree to the deal, it will meet its National League West Division rival, the Arizona Diamondbacks, next March in a pair of season-opening games in Taiwan, the first time the MLB will have opened the season here and the first time the professional league will have staged international openers since the Boston Red Sox played the Oakland Athletics in Tokyo in 2008.

"We will be informed of the final decision by the MLB in the next week or so. We are optimistic," said Hu Lung-chih, general manager of Bros Sports, organizer of the season openers, which will be counted as home games for the Diamondbacks.

Some players, as well as the Players' Association, have expressed concern about the proposed trip, fearing that it will interfere with spring training.