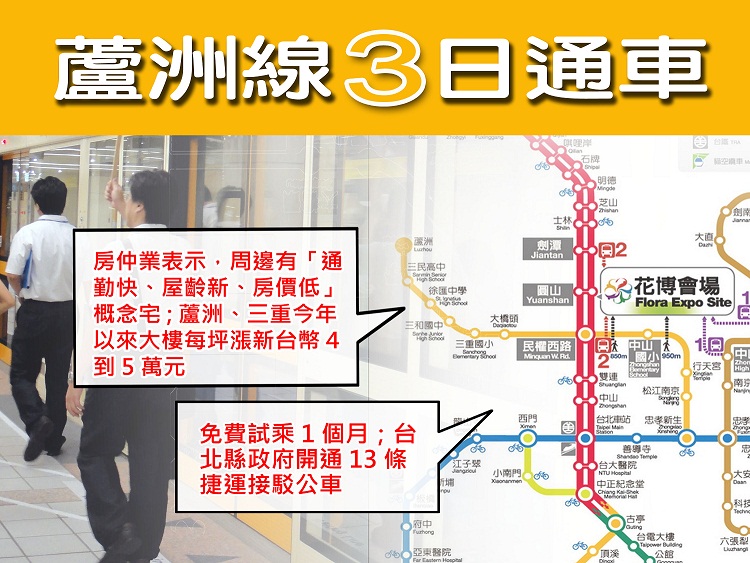 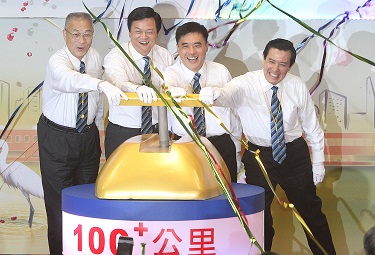 President Ma Ying-jeou attended the inauguration ceremony of the Taipei mass rapid transit (MRT) system's Luzhou Line this morning at Daqiaotou Station, where he offered his congratulations on the line's opening.

Both groups arrived at 10: 25 a.m. at Daqiaotou Station, located at the midpoint of the Luzhou Line on the border between Taipei City and Taipei County, and crowds cheered as they shook hands and exchanged greetings.

The line was to launch regular service at 2 p.m. today. It is expected to handle an average of 170,000 passenger-trips per day and cut the travel time for commuters between Taipei City and Luzhou in Taipei County to the west of the city by at least half.

Riders with EasyCards will be able to travel on the line for free until Dec. 2.

Construction on the line began eight years ago when Ma was mayor of Taipei, Taiwan's capital.