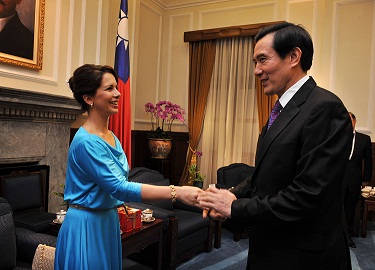 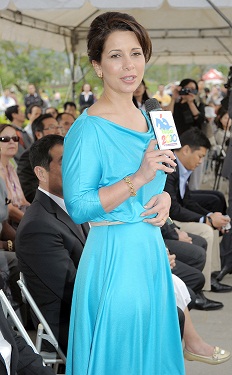 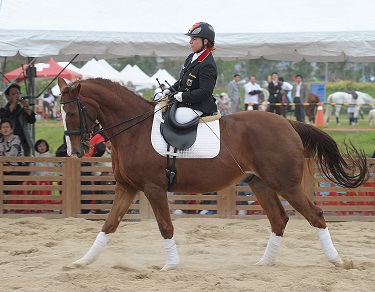 Visiting Jordanian Princess Haya Bint al Hussein said yesterday at an equestrian festival in Taipei that she is impressed by Taiwan's efforts in promoting equestrian sports.

The princess, who is president of the Federation Equestre Internationale (FEI) , made the remarks at the 2010 Equestrian Festival in Taipei County, part of the activities to coincide with the FEI's general assembly this week.

"I think it is important for the people of Taiwan to know that you have a national equestrian federation that is doing an amazing job internationally, and they represent your country so well, " said Haya, who is making her first visit to Taiwan to take part in Friday's FEI election, in which she is seeking a second and final term as president.

"By bringing this conference here to Taiwan, they really open the future for our sport here," she said. "I hope it will be stronger and stronger in the future."

The general assembly, being held in Taiwan for the first time, is expected to achieve a turnout of 400 high-level officials and equestrian sportsmen and sportwomen from 134 member states, making it a good opportunity for exchanges between Taiwan and other countries, according to the Chinese Taipei Equestrian Association.

Henry Lee, secretary-general of the association, said Taiwan started competing in 2002 for the right to host the annual conference, and the proposal was finally approved at last year's general assembly held in Copenhagen, Denmark.

The princess began her equestrian career at the age of 13 and competed in the Sydney Olympic Games in 2000. She also served as a member of the International Olympic Committee in 2007 and is active in the United Nations campaign to fight global hunger and poverty.