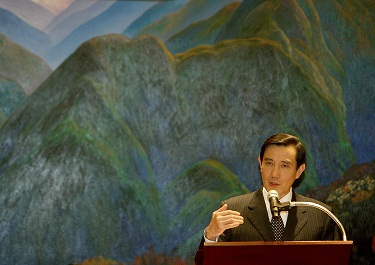 Taiwan has been trying to raise its international profile with the goal of becoming a full member of the world community even though its relations with mainland China have improved over the past year, the British Broadcasting Corporation has reported.

The efforts to stake out a more distinct international image are "part of a strategy promoted by President Ma Ying-jeou, who says Taipei must increase its so-called 'soft power' if it is to stand on the international stage," said the BBC on Sunday.

The strategy "includes developing globally famous brands, boosting Taiwan's presence not only in the high-tech sector but also in arts, food and fashion, and marketing great things about Taiwan," it said in a dispatch from Taipei.

As part of the efforts to help the outside world to know Taiwan better, the country's major news agency has increased its coverage in English.

"The state-funded wire service, the Central News Agency, has been revamped, " said the BBC. "It now offers its stories written in English about Taiwan on Google and - for the first time - English video news about the island."

The efforts to raise Taiwan's profile have been spearheaded by President Ma and his wife Chow Mei-ching, who has been sent "on more official visits overseas than most (other) Taiwanese first ladies", said the report.

Later this year, Taiwan will open Taiwan Academies to promote Taiwanese culture and the learning of the Chinese language abroad, partly in response to the hundreds of Confucius Institutes China established overseas in recent years.

"Like European countries, which are not militarily strong, this sort of thing raises their image, " the report quoted Kou Chien-wen, a political science professor specializing in Taiwan-China relations at National Chengchi University in Taipei, as saying.

Analysts believe these efforts are partly aimed at distinguishing Taiwan from China and at ensuring the world does not forget the cause of the democratic and self-ruled island - to be recognized as acountry and included in international decision-making bodies.

It is not only the government which wants to improve Taiwan's international standing, the people of Taiwan "also have a strong desire for Taiwan to be recognized", said the BBC article.

The effects of Taiwan's efforts to boost its profile may be too early to tell, the report added, saying that for many Taiwanese people, success will depend on whether Taiwan is included in international organizations.

"Ultimately, many Taiwanese people want Taiwan to be given what they see as its rightful status and long overdue inclusion in global affairs, " it said.