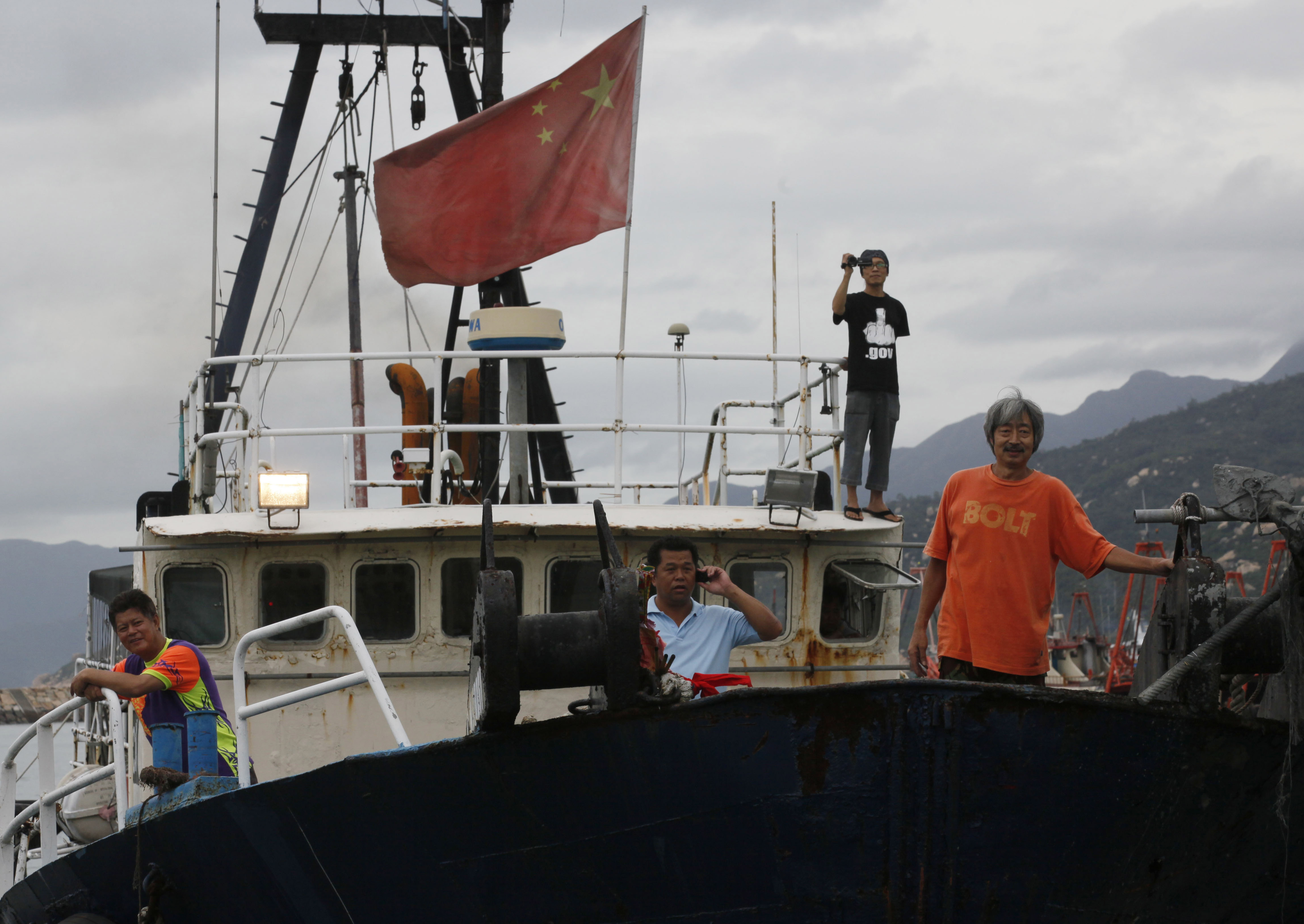 As a newly assertive China confronts Japan and the U.S. over its territorial ambitions, other Asian nations are growing wary of being crushed between brawling powers.
China has a long list of disputes over land and sea, including swathes of the Himalayan plateau also claimed by India, and the islets and reefs of the Spratlys chain staked out by Vietnam, Philippines, Malaysia, Taiwan and Brunei.
As Beijing's economic might grows, many of its neighbours now find themselves defending their own territorial ambitions against a giant they literally cannot afford to offend.
China's threats of unspecified "further action" against Japan, which has refused to release a trawler captain detained in an incident in disputed waters in the East China Sea two weeks ago, have rung out across the region.
And Beijing has warned the U.S. not to wade into one of its most complex disputes, the island chains of the South China Sea, during Friday's meeting in New York between President Barack Obama and Southeast Asian leaders.
As the old saying goes, smaller nations must ensure they do not become "the grass that is trampled when the buffalos fight," said Simon Tay from the Singapore Institute for International Affairs.
Tay said the new dynamic was potentially healthy, but if the competing powers "do start to push and pull," the 10-member Southeast Asian bloc must present a united front and not be split Cold War-style.
China vehemently opposes "internationalising" its territorial wrangles, preferring to deal quietly with each claimant country on a bilateral basis, a stance that gives it more clout.
So it was no surprise that U.S. Secretary of State Hillary Clinton's proposal at July security talks in Hanoi for a multilateral approach on the South China Sea was met with a sharp rebuke.
"There was quite an interesting and sharp exchange between the Americans and the Chinese," said Singapore Foreign Minister George Yeo, recounting the discussion that followed with Clinton's Chinese counterpart.
"At some points, the atmosphere was just a little tense," he said with diplomatic understatement.
China insists it has complete sovereignty over the Spratly and Paracel islands in the South China Sea, a region rich in oil, gas and fisheries, as well as a strategic waterway linking East Asia with Europe and the Middle East.
But Clinton said that resolving competing claims there was "pivotal" to regional stability and the national interests of the U.S., which has flagged its concern over a looming threat to free navigation.
U.S. defense Secretary Robert Gates in June called for free access to the South China Sea, and alluded to alleged threats against U.S. oil and gas firms interested in offshore exploration in waters claimed by Vietnam.
Chinese vessels last year confronted U.S. naval surveillance ships in stand-offs in the disputed region, which Beijing's critics say it views as a "Chinese lake."
India is also watchful over China's growing presence, particularly its heavy investment in ports being built in Bangladesh, Sri Lanka and Pakistan, seen as part of its ambitions for a bluewater naval fleet.
Some regional nations, particularly Vietnam which fought a brief but deadly 1998 naval battle with China in the South China Sea, have welcomed the new U.S. willingness to act as a counterweight to Beijing.
China has assured the 10-member Association of Southeast Asian Nations it has no hegemonic ambitions, and so far shown no sign of military aggression, but fears remain that if left unchecked it will become a regional bully.
However, Li Mingjiang from the S. Rajaratnam School of International Studies in Singapore, said non-claimant states were not as enthusiastic about Washington's attempts to reclaim its old clout in Asia.
Thailand, Cambodia and Singapore "really don't want to see any confrontation between China and the U.S. because when you have that kind of situation, they may have to take sides and that is something they are very reluctant to do."
Some observers say China has been provoked to some extent, by the U.S. and by Japan which itself is taking a more muscular approach by refusing to release the Chinese captain whose trawler collided with Japanese coastguard vessels.
Rodolfo Severino, a former ASEAN secretary-general, said regional nations would continue to firmly pursue their long-standing territorial claims despite the growing might of China.
"The interest of Southeast Asia in this is that there should be no disruption of peace and stability and freedom of navigation," he said.
"But at the same time, Southeast Asians don't want China and Japan to come to blows, or China and the U.S. China should not be provoked into taking violent measures."
With the new dynamic, "a great opportunity lies on the table, as does great risk," said Ernest Bower from the center for Strategic and International Studies in Washington.
"The question is whether diplomacy and Asian regionalism can succeed," he said... failure in this effort would represent unacceptable risk to Asia's continued economic growth, relative peace, and future prosperity."
Sarah Stewart is an Agence France-Presse writer.