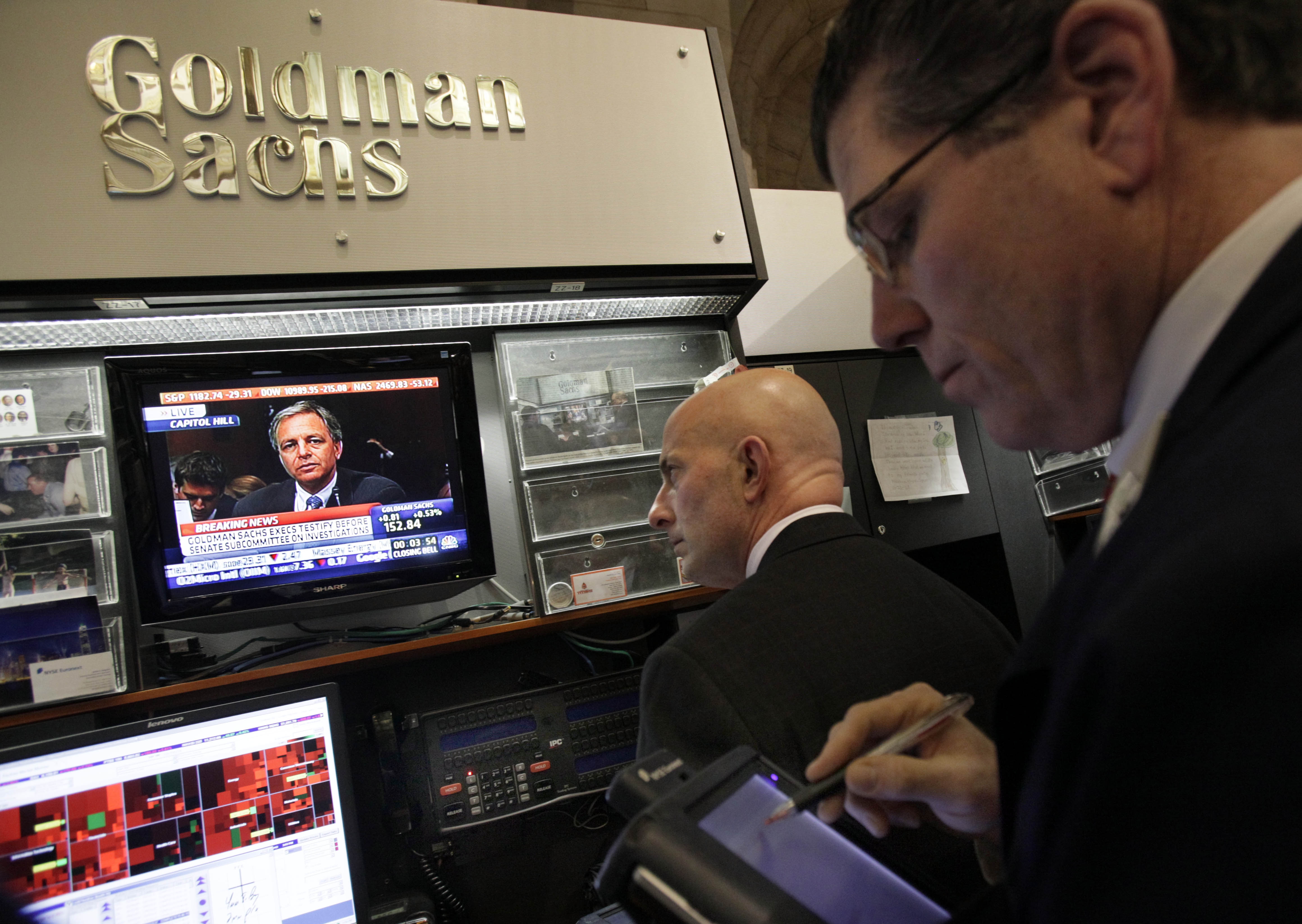 Does gender discrimination exist at Goldman Sachs Group Inc.?
That is the question this week after three women filed a lawsuit seeking class-action status against the firm. The 72- page complaint chronicles their experiences while at Goldman. As a former Goldman partner, I am upset by their accounts.
I joined Goldman in 1988 as an analyst in the mortgage securities department and two years later become a trader on the mortgage desk. By 1996 I was managing the fixed-rate trading desk, and was made a partner. I was the youngest woman and first female trader to hold that position.
I believe I was promoted because of both my profitability and my commitment to teamwork. It also helped that I was a woman. Although I had to deal with my share of bad-boy behavior, from both clients and Goldman men, whenever it crossed the line I always had a person to talk to about it. No issue was left unresolved. Further, I felt my performance evaluations were well-executed and fair.
In 1999 I was asked to leave my production role to take a position in the executive office, serving on the firm's partnership committee, which had oversight of personnel issues, including diversity. My goal was to do my part to ensure that Goldman was a place of opportunity for all employees, not just the majority, which was and continues to be white men. As a young woman I got a seat at the table to give voice to all women at the firm, and I did my best to represent them.
Standard-Setter
Goldman was a standard-setter, as least in the view of many outsiders. The firm was constantly being contacted by other Fortune 500 companies to share best practices. Significant resources went into trying to ensure that management knew who were the best producers.
The effort around selecting managing directors was even more rigorous. We tried very hard to ensure the system was free of gaming and bias. Goldman didn't operate on a commission system, so compensation and promotions were ultimately subjective, but informed.
Goldman's efforts to hire, retain and promote women were the most comprehensive on Wall Street. The list of policies and initiatives was extensive. When a decade of such initiatives failed to produce the intended results, Goldman started a task force to focus on the issue, engaging people throughout the firm as well as outside consultants.
The results of this year-long effort were taken to the management committee and the board. In numerous speeches internally and externally, the firm's leaders stated diversity was critical to long-term business success.
Citing Percentages
The lawsuit cites the following Goldman statistics as evidence of gender discrimination: Women are 29 percent of vice presidents, 17 percent of managing directors, 14 percent of what Goldman calls partners, and four out of 30 people on the management committee.
In fact, these numbers are among the best of any major Wall Street firm, and any large corporation in general. If these numbers are as good as it gets, though, what are the major reasons to explain the low percentages?
I tried to answer this question by leading the funding of a research paper called "Women in Fund Management: A Roadmap to Critical Mass and Why It Matters," published last year in partnership with the National Council for Research on Women. The 40-page report identifies the many barriers to women's achievement in the financial industry, including gender discrimination.
More importantly it contains a set of solutions that, if acted upon, would increase the numbers dramatically.
While lawsuits have helped to right many wrongs, sometimes litigation may do more harm than good. This case might be about three women whose negative experiences are valid without being symptomatic of a larger problem. I have seen plenty of talented people, not just women, get screwed over.
Cases like this may just motivate managers to hire, mentor or promote more men instead of the equally or more talented women because men are easier to fire if they are poor performers. We seem to be caught in a place where managers in many large organizations are often told to hire to achieve diversity, then are ill-equipped to manage it.
Managers may not be rewarded for taking positive steps. They may not face negative consequences when their trading desks look and act like a football team. The messages are mixed, and the risk, if things turn out badly, is significant. In the words of Wall Street, it too often is a bad trade. The result may be personnel policies that achieve the minimum needed to avoid liability as opposed to gaining a more qualified and productive workforce.
Next Up
The central question of the lawsuit must be left to the court to answer. While we wait for the evidence - and for anyone concerned that their business might be next, or wants to think more about this complex issue - please read the report.
It was meant to be used as a guide and toolkit to ensure that the financial-services industry is a business where the best and the brightest, regardless of gender, reach their potential. In that world there will be no class-action suits. In that world we all win.
(Jacki Zehner is a consultant, vice chairman of the Women's Funding Network, and a former partner and managing director of Goldman Sachs Group Inc. The opinions expressed are their own.)