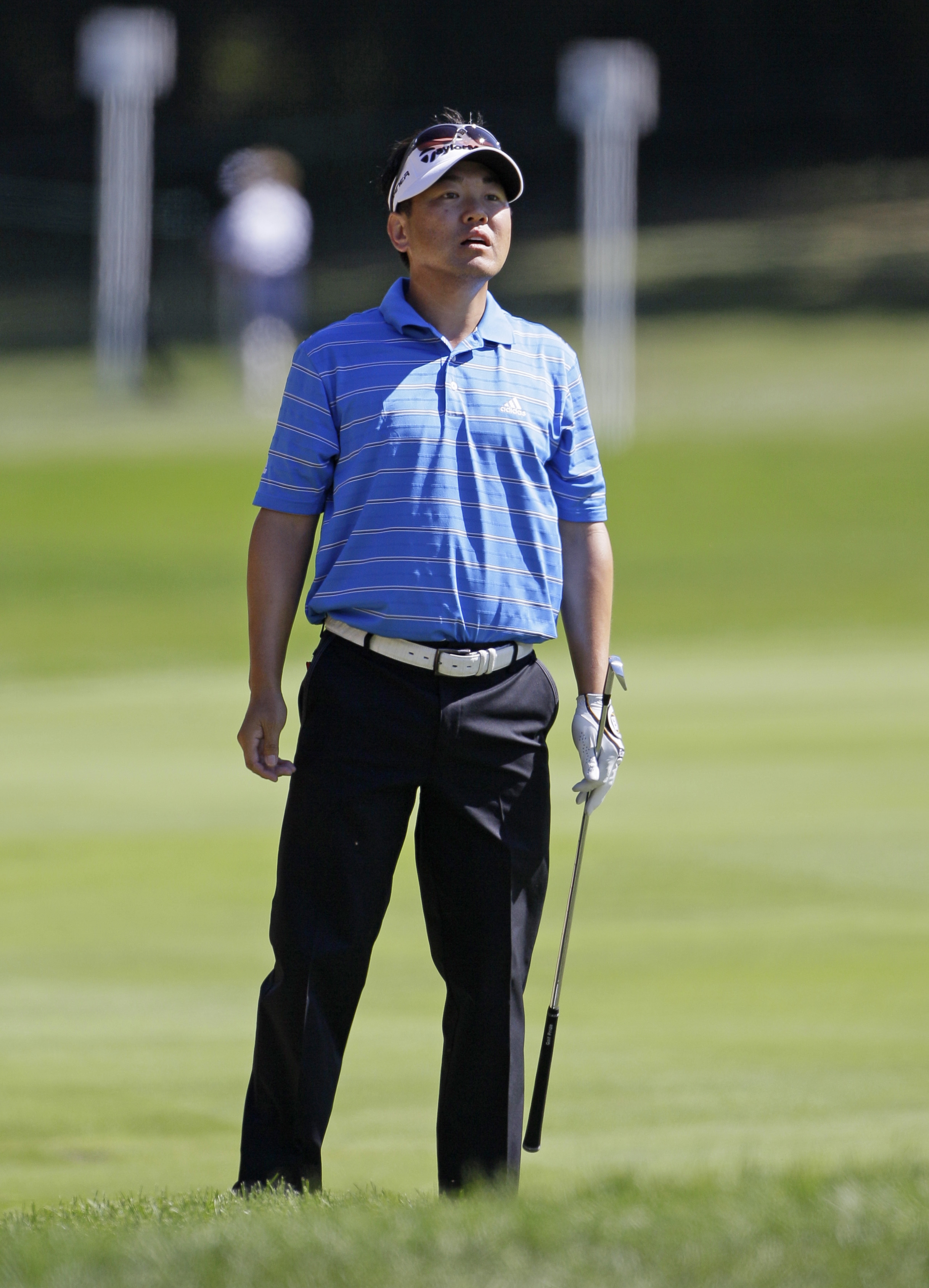 South Korea's Charlie Wi survived a late triple bogey to post a second-round 69 and join ailing Matt Kuchar atop the leaderboard at the BMW Championship.
Overnight leader Kuchar, battling an illness that has left him with laryngitis and sapped his strength, pulled himself together to notch five birdies in his last 10 holes en route to a one-over 72.
He and Wi were tied on six-under 136, with a one-shot lead over Australian Marc Leishman, who posted a day's best 65.
Defending champion Tiger Woods, the defending BMW Champion and winner of five titles at Cog Hill, struggled for the second straight day.
He posted a 72 that included a double bogey - his second in as many rounds - and was tied for 40th nine shots off the pace.
"I made nothing today," he said of his efforts on Cog Hill's much criticized greens. "I hit the ball a hell of a lot better than my score indicates."
But Woods needs a good score to secure his place in the Tour Championship, the final event of the US PGA Tour's FedEx Cup playoffs.
He must finish around fifth this week to move into the top 30 in the playoff standings and advance to the Tour Championship.
Kuchar is already headed to the Tour Championship, having won the first playoff event and seized the lead in the standings.
He was in trouble early, however, making four bogeys through eight holes to plummet down the leaderboard before rallying.
How he'll hold up over the weekend remains to be seen as he battles an illness that he hasn't yet identified.
"I was as weak as I could be," Kuchar said. "I tried for the four or five seconds over the ball to flip the switch on and really give it what I had, and go back to walking around without a whole lot of energy."
Kuchar launched his rally with a birdie at the ninth. He drained a 30-foot birdie putt at the par-three 12th - the first of five straight one-putts.
"That kind of made me feet a little better again, seeing the putt go in," Kuchar said of the birdie on 12. "I knew that some good things would happen if I could just kind of hang in there the best I could."
Wi had reached eight-under for the tournament when disaster struck at the 16th. He hit a three-wood into a hazard and eventually three-putted for a triple-bogey seven.
He responded with a birdie at 17.
Wi came into the week ranked 37th in the playoff standings, within striking distance of making his first trip to the Tour Championship and securing a spot in three of the game's major championships that comes with it.
"For me to play well, I knew that I had to stay in the present and just play one hole at a time," Wi said. "Actually, I wrote that down on my pin sheet every day so I look at it if I were to get ahead of myself."