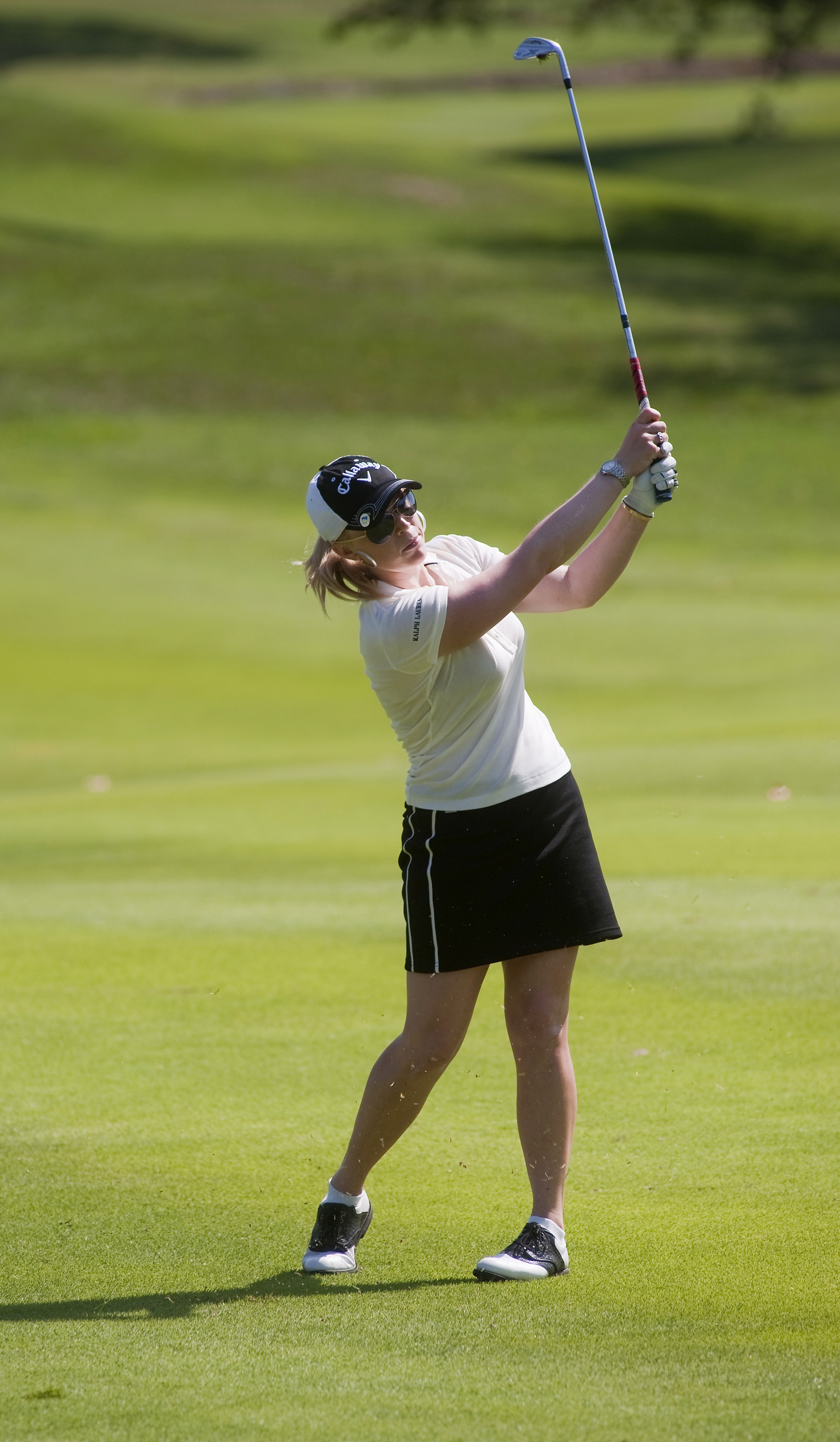 Morgan Pressel fired a five-under par 66 Friday to take a one-stroke lead after the first round of the LPGA Northwest Arkansas Championship.
Taiwan's Yani Tseng and South Koreans Gloria Park and Na Yeon Choi opened with 67s.
Michelle Wie, who is coming off a victory in the Canadian women's open, was among a group on 68 that also included Norway's Suzann Pettersen, Britain's Janice Moodie, Danielle Downey and South Korea's Jee Young Lee.
Pressel capped her round with birdies at the eighth and ninth holes on the Pinnacle Country Club course.
The 2007 Kraft Nabisco winner hit 15 greens in regulation and missed only one fairway to move to the top of a star-studded field.
Tseng, who won the Kraft Nabisco and the Women's British Open this season, suffered a letdown after her second major title of the year and since winning the British has finished tied for 45th in Portland, Oregon, and missed the cut at the Canadian Women's Open.
She birdied the 515-yard, par-five 18th. Her second shot, a three-wood from 233 yards, landed around the front of a raised green.
"I think I killed that shot," Tseng said. "It was like 245 into wind, so I hit a great shot there. I just couldn't see my ball so my caddie said my ball was just running back to front edge and I made a good two-putt there."
On the same hole, Wie was short of the green with her second shot and settled for par.
"I didn't birdie any of the par fives today and I bogeyed one of them, so I definitely need to do better," Wie said.,
Pressel, who is seeking her first victory since the 2008 Kapalua LPGA Classic, said she enjoyed playing alongside veteran Juli Inkster and 17-year-old Daniel Watkins, one of a dozen youngsters from the First Tee program playing with the pros in the first two rounds.
"We had a lot of fun out there," Pressel said. "It didn't really come out until the last hole when he admitted to me that he was very nervous about the spectators and didn't want to kill anybody.
"I told him that Tiger (Woods) hits it all over the place, too, and has a lot more spectators than we do, so not to worry about it."
This is the first time the LPGA has tried having First Tee players join the pros during competitive rounds.
"Juli was more a coach than I was," Pressel said. "I'm sure a lot of the girls were hesitant to want to play with juniors, as it might be a distraction. But as you could see in my game today, it loosens you up."
World number one Ai Miyazato of Japan and defending champion Jiyai Shin of South Korea both settled for 71.
After Thursday's pro-am was canceled because of heavy rain, Friday was hot and steamy. The course dried out as the day wore on and the top four players on the leaderboard all teed off early when the course was more receptive.