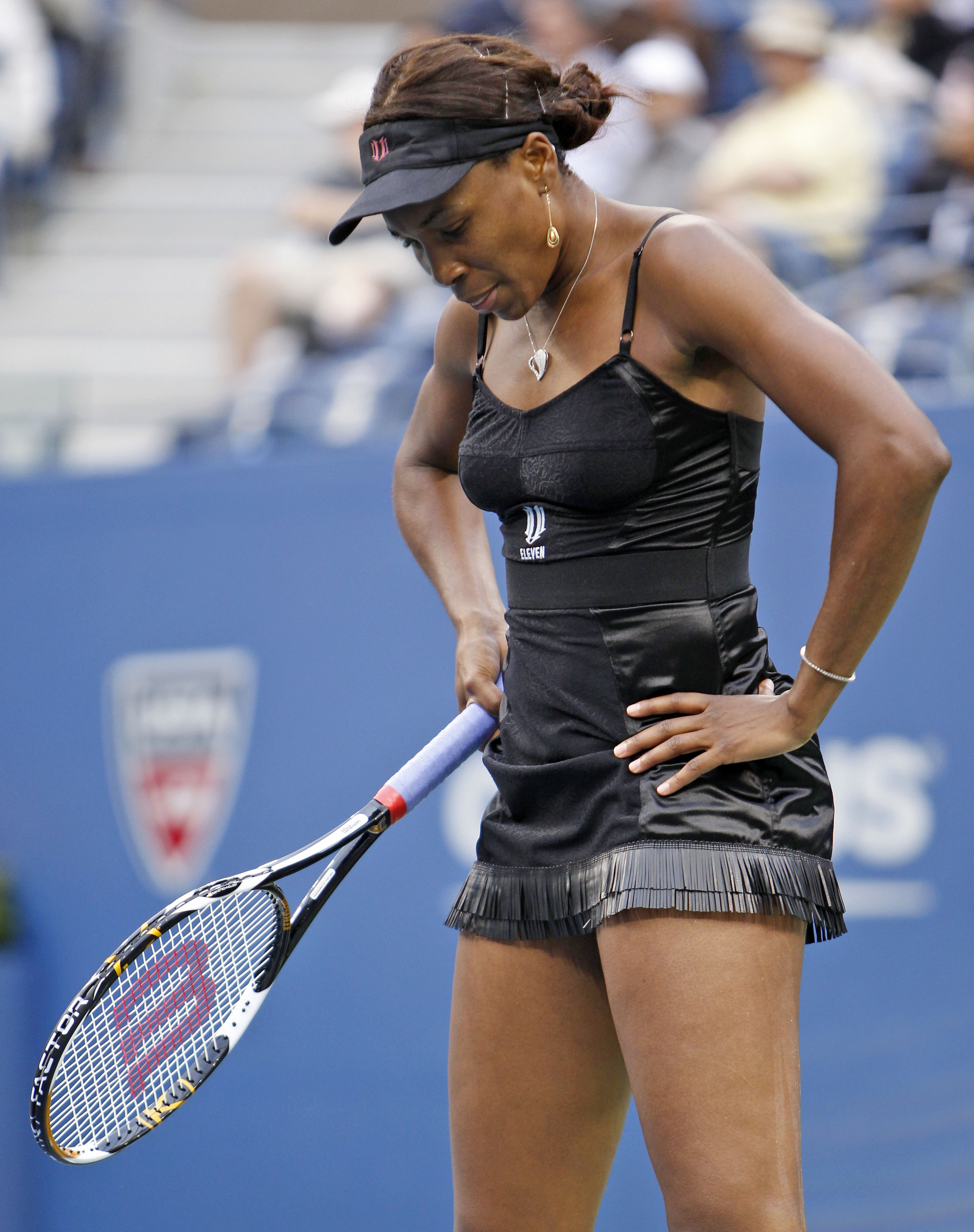 Venus Williams has not reached the U.S. Open final in eight years, but the oldest Grand Slam semi-finalist since 2005 vows that she is not yet done contending for the biggest titles in tennis.
U.S. third seed Venus Williams, a seven-time Grand Slam champion, lost Friday to defending champion Kim Clijsters 4-6, 7-6 (7/2), 6-4 in a U.S. Open semi-final as the Belgian advanced to play Russian Vera Zvonareva in Saturday's final.
Williams was the first 30-year-old to go so deep in a Slam since France's Mary Pierce at the 2005 U.S. Open despite not playing between Wimbledon and the US Open due to a left knee injury.
"I definitely feel like I'll be back next year," Williams said. "This is what I do and I feel like I played great tennis even with minimal preparation," Williams said.
"I may have lost the match, but that's just this match. There will be others."
Williams didn't see herself as a champion for the 30-and-older-set against younger talent but the five-time Wimbledon winner made it clear she doesn't see herself fading away just because she has not won the U.S. Open since 2001.
"As long as I'm striking the ball well I'm going to keep playing," Williams said. "At this point I'm striking the ball well, so there is no end in sight."
Had she gotten past Belgian second seed Clijsters, Williams was in a strong position to claim an eighth Grand Slam singles title against seventh seed Zvonareva in the championship match.
Williams has a 7-1 career record against Zvonareva, having dropped only one set to the Russian since losing their first meeting in the fourth round of the 2003 French Open.