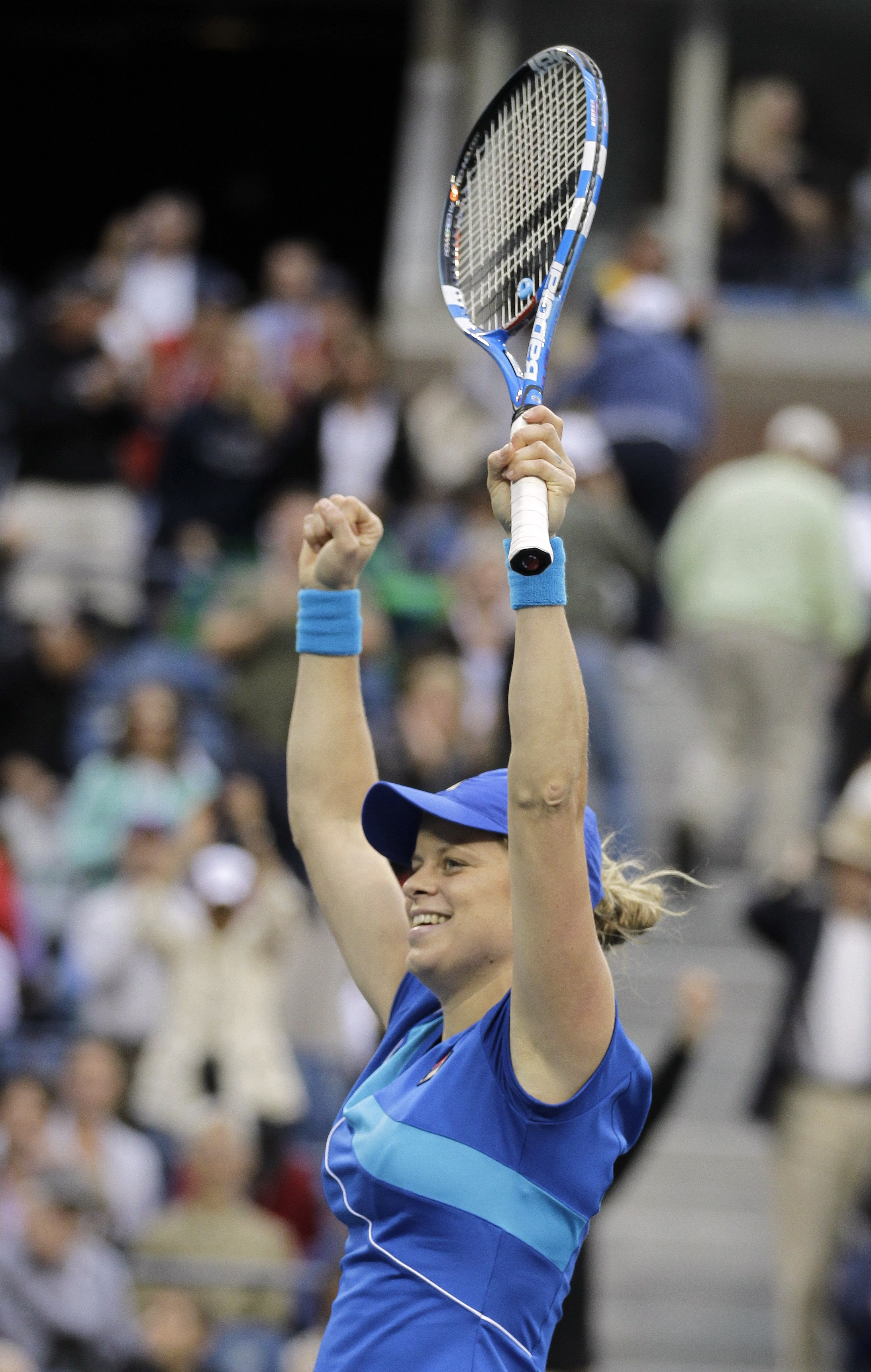 Defending champion Kim Clijsters advanced to the U.S. Open women's final by rallying to defeat U.S. third seed Venus Williams 4-6, 7-6 (7/2), 6-4 on Friday, running her U.S. Open win streak to 20 matches.
Clijsters will play in Saturday's championship match against Russian seventh seed Vera Zvonareva, the Wimbledon runner-up seeking her first Grand Slam title who ousted Danish top seed Caroline Wozniacki 6-4, 6-3 in the other semi-final.
The Belgian second seed has a 5-2 career record against Zvonareva, but has dropped both meetings to the Russian since returning from a break to have a family, falling in this year's Wimbledon and Montreal quarter-finals.
"It's going to be a tough battle," Clijsters said. "She doesn't give you much."
Clijsters, who did not play on the Flushing Meadows hardcourts between her 2005 and 2009 title runs due to her hiatus, matched the second-longest women's win streak. Only Chris Evert's 31-match run is longer in the 33-year Open Era.
"This is what I was trying to achieve in coming back," Clijsters said. "It wasn't always easy but I'm glad I stuck through it and could enjoy these moments."
Clijsters, who last year became the first mother since 1980 to win a Slam crown, is trying to become the first back-to-back U.S. Open women's champion since Williams in 2001 and was happy at answering the challenge Williams posed.
"I was able to raise my level. That's what I was most pleased about, that I was able to rise to the occasion when I had to," Clijsters said.
Williams struggled in the swirling winds of Arthur Ashe Stadium.
"It was tough to play with the wind. It was so bizarre," Williams said. "Usually the wind isn't this relentless. Every day the wind is different. I like to come though in these challenges but today I didn't.
"I wish I could have played better on the bigger points."
The quality of shotmaking despite the blustery weather surprised Clijsters.
"Conditions have been really tough," Clijsters said. "That's why I was happy with the level we played at."
Clijsters improved to 7-6 lifetime against Williams with her fifth victory in a row against the American, a run that included a fourth-round triumph at last year's U.S. Open.
"I just tried to make the points and when I felt I had an opportunity to step up and accelerate I tried to take advantage," Clijsters said.
After two double faults and four unforced errors in a tie-breaker led to Williams losing her first set of the tournament, she squandered a break point in the second game of the last set and surrendered a break in the third game.
"I'm glad she had a couple of double faults in the tie-breaker," Clijsters said.
They exchanged breaks in the eighth and ninth games, each set up by a double fault. Clijsters swatted a lob winner for a 5-4 lead, then held serve to finish off the match after two hours and 23 minutes.