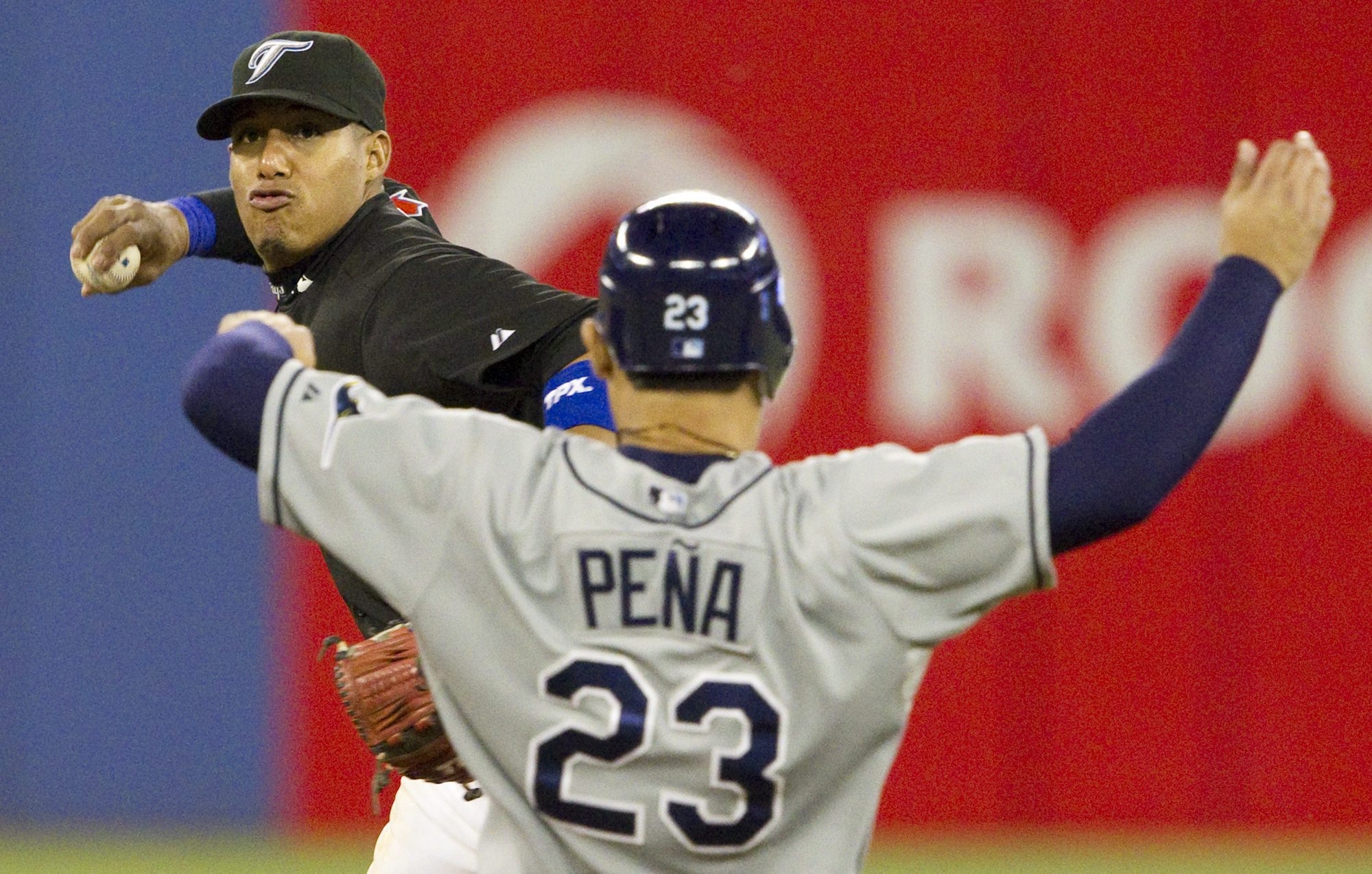 Evan Longoria scored the go-ahead run on a throwing error in the ninth inning and the Tampa Bay Rays beat the Toronto Blue Jays 9-8 after blowing a seven-run lead.
B.J. Upton and Ben Zobrist hit solo homers for the Rays, who won for just the second time in six games.
Tampa Bay led 8-1 in the fourth before the Blue Jays rallied, tying it 8-8 in the seventh.
The Rays won it with an unearned run in the ninth - a Yunel Escobar throwing error - against Toronto closer Kevin Gregg (1-5).
Tampa Bay reliever Joaquin Benoit (1-2) pitched 1 1-3 innings for the win and Rafael Soriano struck out the side in the ninth for his 42nd save in 44 chances.
Indians 2, Twins 0
In Cleveland, Fausto Carmona pitched his first shutout in more than two years, guiding Cleveland to victory and slowing Minnesota's September surge.
Carmona (12-14) had lost his last six decisions but dominated the Twins, who just completed an 8-1 homestand and lost for only the second time in nine games this month.
Minnesota starter Carl Pavano (16-11) allowed six hits and took the loss.
White Sox 4, Royals 3
In Chicago, A.J. Pierzynski hit a go-ahead, two-run double with two outs in the eighth inning to rally Chicago past Kansas City.
The White Sox stopped a three-game slide and pulled within five games of AL Central-leading Minnesota.
Chicago reliever J.J. Putz (7-5) pitched a scoreless eighth inning to get the win and rookie Chris Sale worked the ninth for his second save.
The White Sox rallied against Robinson Tejada (3-4).
Orioles 6, Tigers 3
In Detroit, Matt Wieters hit a tiebreaking sacrifice fly in the eighth inning, atoning for an earlier error, as Baltimore beat Detroit.
The game marked the reunion of Tigers starter Armando Galarraga and umpire Jim Joyce. It was the first time they had been involved in the same game since Joyce's missed call with two outs in the ninth cost Galarraga a perfect game on June 2.
Detroit's Phil Coke (7-5) took the loss.
National League
SAN DIEGO, California
The San Francisco Giants pulled into a virtual tie with the San Diego Padres atop the National League West with a 1-0 victory on Friday.
The Padres (79-61) hold the slimmest possible lead over the Giants (80-62), .564-.563. The Colorado Rockies are just 2-1/2 back after winning their eighth straight, against Arizona. Both a San Diego and San Francisco are also just one game behind Atlanta in the wild-card race.
The sole run came in the seventh when San Diego shortstop Miguel Tejada tried to throw out Aubrey Huff at third instead of going for the out at first. Huff made his ground to load the bases and scored on Juan Uribe's grounder.
Giants reliever Santiago Casilla (7-2) took the win, and Brian Wilson finished for a five-outs save - his career-high 42nd in 46 chances.
Clayton Richard (12-7) took the loss.
Braves 8, Cardinals 6
In Atlanta, the hosts scored six runs in the sixth inning, sending 10 hitters to the plate and taking advantage of a dropped fly ball to beat St. Louis.
The win kept the Braves one game behind NL East leader Philadelphia and with a tenuous hold on the wild-card.
Atlanta fell behind 4-1, including two RBIs from St. Louis pitcher Chris Carpenter (15-6), who had a run-scoring single and the second homer of his career.
Pinch-hitter Brooks Conrad got the big inning started with the first of four straight hits off Carpenter.
Braves reliever Peter Moylan (6-2) won with a scoreless sixth.
Phillies 8, Mets 4
In New York, Roy Halladay earned his 18th victory, the most by a Philadelphia pitcher in 27 years, and hit a two-run single to lead the Phillies past New York.
Halladay (18-10) allowed eight hits in 7 2-3 innings, becoming the Phillies' top winner since John Denny posted 19 in 1983.
Mets starter Jenrry Mejia (0-4) remained winless as a big leaguer.
In other games: Dodgers 4, Astros 2, 11 innings; Rockies 13, Diamondbacks 4; Marlins 3, Nationals 1; Reds 4, Pirates 3, 12 innings; Cubs 4, Brewers 0