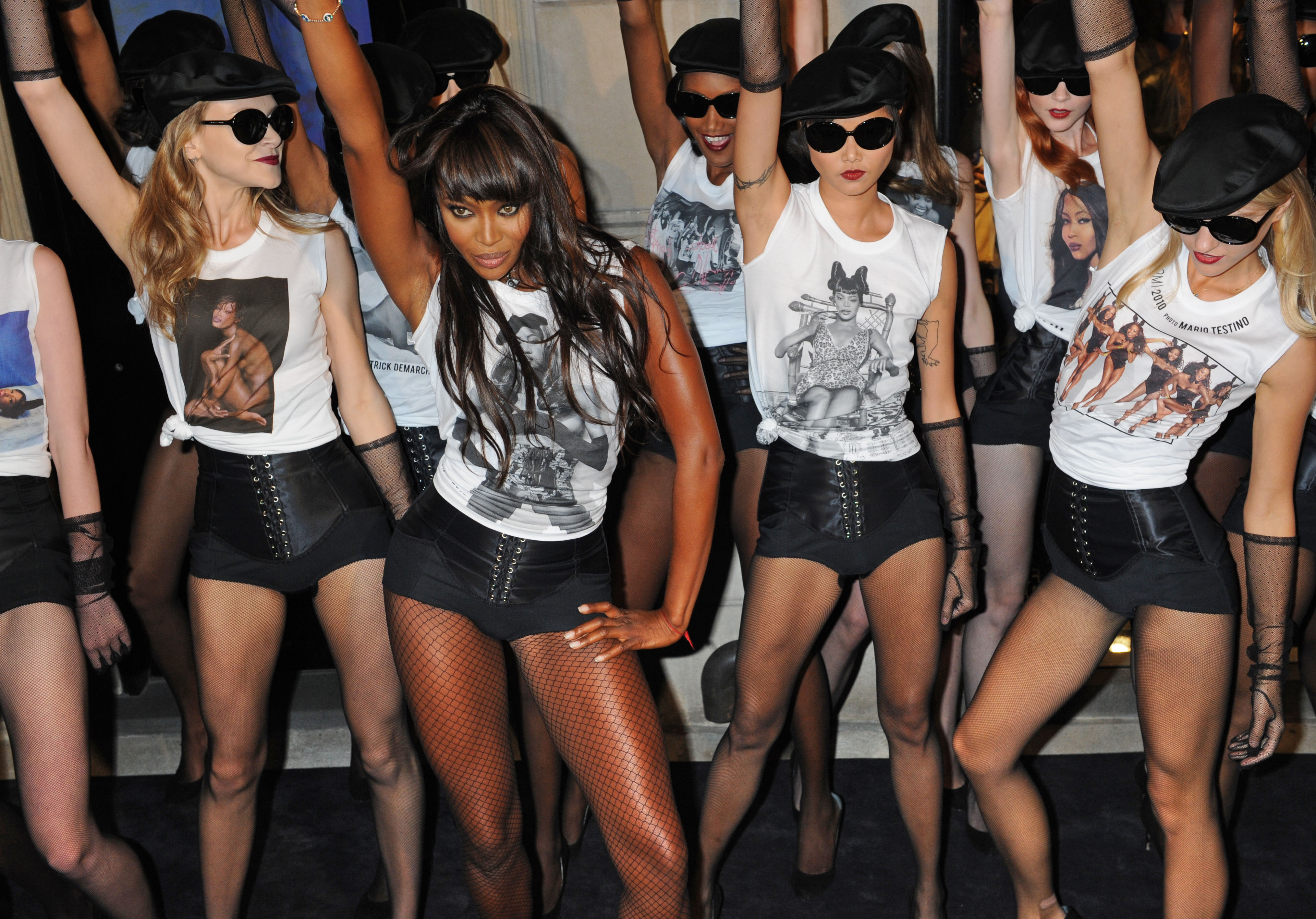 You know what stops traffic? Naomi Campbell - and a dozen models imitating her - in leather hot pants, dancing on the sidewalk of Madison Avenue.
That was Campbell's contribution to Friday's Fashion's Night Out, a national retail event (and brainchild of Vogue editor Anna Wintour) aimed to spark sales in the sluggish economy.
Campbell used the Dolce & Gabbana store as her home base, getting unexpected visits from Tyson Beckford and photographer Patrick Demarchelier. Fans packed the store for Campbell's signature on T-shirts that show her at various times in her now 25-year career in modeling.
"I can't thank Domenico (Dolce) and Stefano (Gabbana) enough to do this for my 25th anniversary in modeling," Campbell said.
While she's had a rough ride in the press lately with her appearance at the Hague in Charles Taylor's war-crimes trial, Campbell has a close relationship with many fashion insiders, ticking off the names Marc Jacobs, Anna Sui, Stefano Pilati, John Galliano and the late Alexander McQueen as dear friends.
"I've had a great ride so far these 25 years, and I'm grateful. I have bonded with some designers. I vacation with Stefano and Domenico. I see them in the off-work time, I see them at a relaxing time," she said.
Campbell, 40, said she does, in fact, sometimes go dancing in on her nights off, leaving her with the feeling that her performance for the crowd was somewhat natural. She even counted down the "five, six, seven, eight" that starts many professional numbers.
Samantha Critchell is an Associated Press fashion writer.