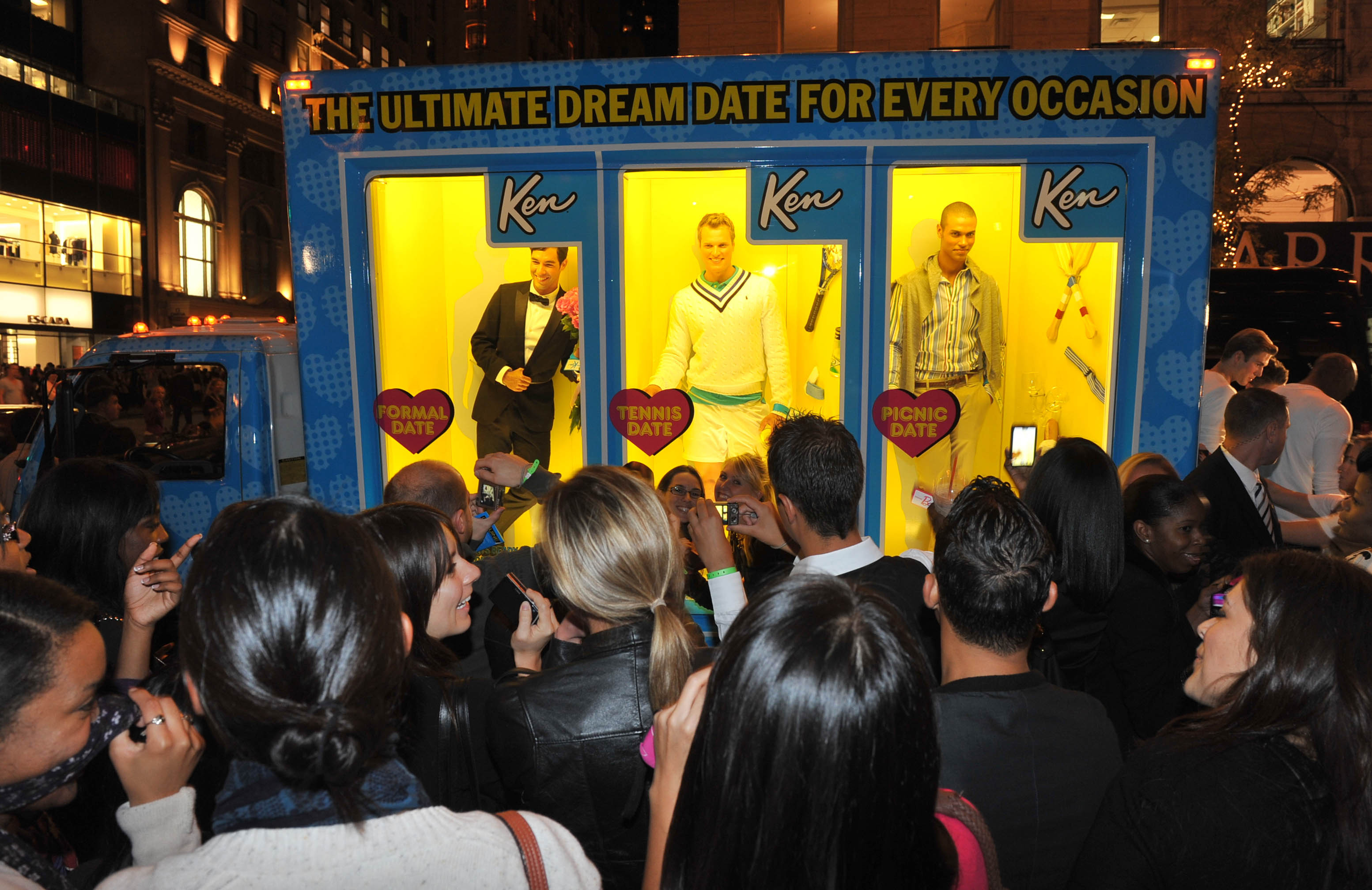 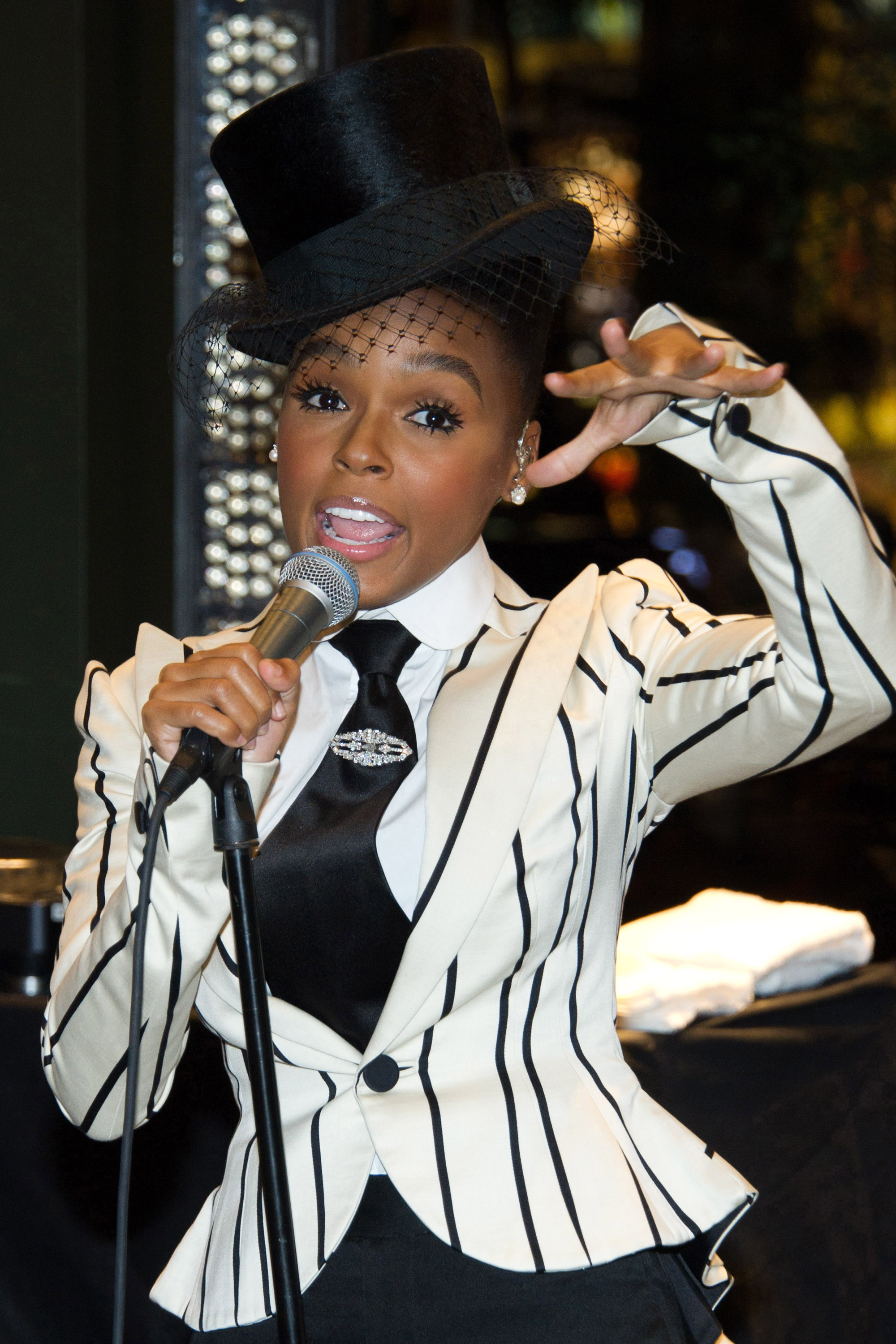 Naomi Campbell danced on the sidewalk of Madison Avenue in leather hotpants. Alexander Wang led a dance party in a department store. And Vogue's Anna Wintour wore a (gasp) T-shirt.
It could only be Fashion's Night Out, the one-night celebration dreamed up by Wintour to lure shoppers into stores and revive the flagging fashion industry. The event, started in New York last year during Fashion Week, fanned out to 100 cities around the country on Friday, and 16 countries planned their own versions.
Wintour made a stop at Ralph Lauren, where she posed in a Fashion's Night Out T-shirt with David Lauren and Halle Berry. She said the event had grown in a year "by slightly epic proportions."
"We have to get out there and have people have fun," she said. "We have to spread fashion and do something good for the economy."
Madison Avenue was packed with taxis as shoppers crowded the sidewalks. Hundreds of people lined up outside Bergdorf Goodman, where huge crowds flocked to see Victoria Beckham and Mary J. Blige, who came out to promote her eyewear line.
"We love you Mary!" shouted fans. Among them was Michelle Blackman, a 37-year-old attorney from Brooklyn who was planning to spend.
"I'm definitely going to be buying shoes tonight," said Blackman, who planned to spend anywhere from US$1,500 to US$3,000. "I'll put some money into the economy."
Designers including Mark Badgley and James Mischka, Lela Rose and Thakoon Panichgul trotted out their dogs for a modeling contest, dressed in duds from top hats to wedding gowns to boas. Crowds grew so big it was hard to use the escalators or leave the store.
"You don't see this much excitement at stores," said Badgley as he surveyed the crowd while holding his beagle Ramel, dressed in a top hat and tuxedo. The design team's beagles were dressed as Fred Astaire and Ginger Rogers.
Last year's extended hours and blitz of promotions did provide a sales lift for New York City merchants, said Michael McNamara, vice president of research and analysis for MasterCard Advisors' SpendingPulse, which includes transactions in all forms such as cash.
Luxury purveyors definitely need a boost. After enjoying rebounding sales earlier in the year, many upscale merchants have seen their U.S. customers pull back again since the spring amid signs of a halting economic recovery.
"The psyche of the luxury shopper has changed," said Robert Burke, a New York-based luxury consultant.
The idea of Fashion's Night out is to get customers excited about shopping - without the discounts.
In Los Angeles, a Ferris wheel on Rodeo Drive gave complementary rides to shoppers. Music poured onto West Hollywood's Melrose Avenue from participating shops.
At Beckley, a boutique carrying everything from cocktail dresses to T-shirts, shoppers sipped on vodka basil lemonades, snacked on Diane Von Furstenburgers and Fendi Fries from a food truck and were treated to hair touch-ups from Warren-Tricomi stylists - because one must look fab while shopping in this trendy district, home to the only Balenciaga and Christian Louboutin shops in all of Los Angeles. Beckley also offered pedicabs to cart shoppers through town.
Owner Melissa Akkaway said she was pleased with the turnout.
Next door at luxury lingerie shop Coco de Mer, hula-hooping burlesque dancer Kelleia Sherrin wowed shoppers with her sexy moves and enviable abs. Miami held a block party for shoppers, while Bellevue, Wash., had shopping by candlelight. Cirque du Soleil performed around the Georgetown neighborhood of Washington, D.C.
Neiman Marcus planned different events around the country - a runway show in Denver, a design-your-own cupcake bar in Minneapolis and a competition between stylists in Dallas, for example.
But with the fashion crowd gathered for Fashion Week, the events with the highest star wattage were scattered throughout New York.
At Barneys, Alexander Wang joined a dance party Rachel Harrison, the hotel's spokeswoman.
A highlight was a cocktail called The September Issue endorsed by Vogue food critic Jeffrey Steingarten made with rye and chilled with liquid nitrogen. A few of those were required to brave the savagery when fashionistas demanded pork.
Samantha Critchell is an Associated Press fashion writer. AP writers Anne D'Innocenzio, Sandy Cohen, Jocelyn Noveck, Leanne Italie, Lisa Orkin Emmanuel, Mark Kennedy and Lisa Tolin contributed to this report.