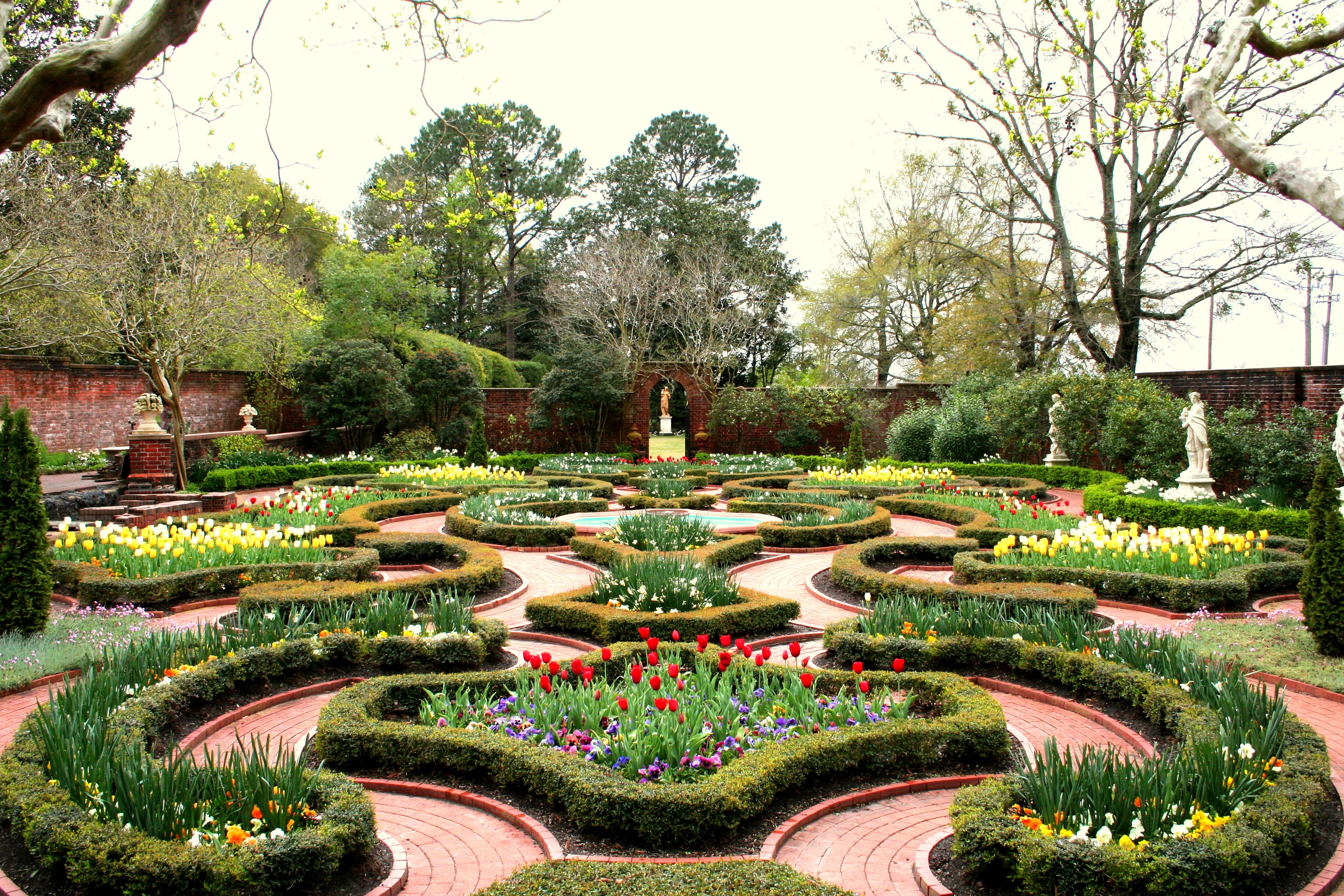 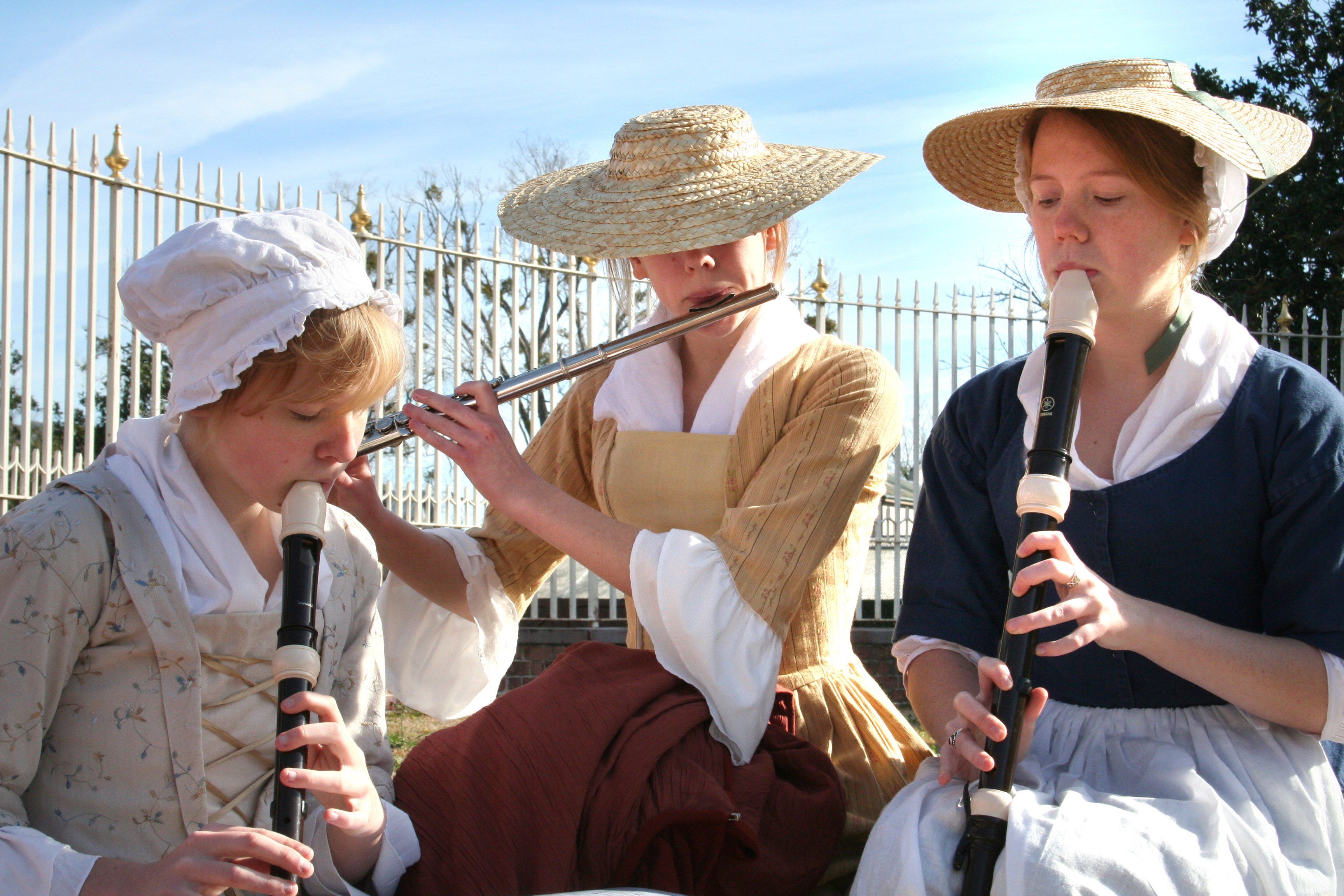 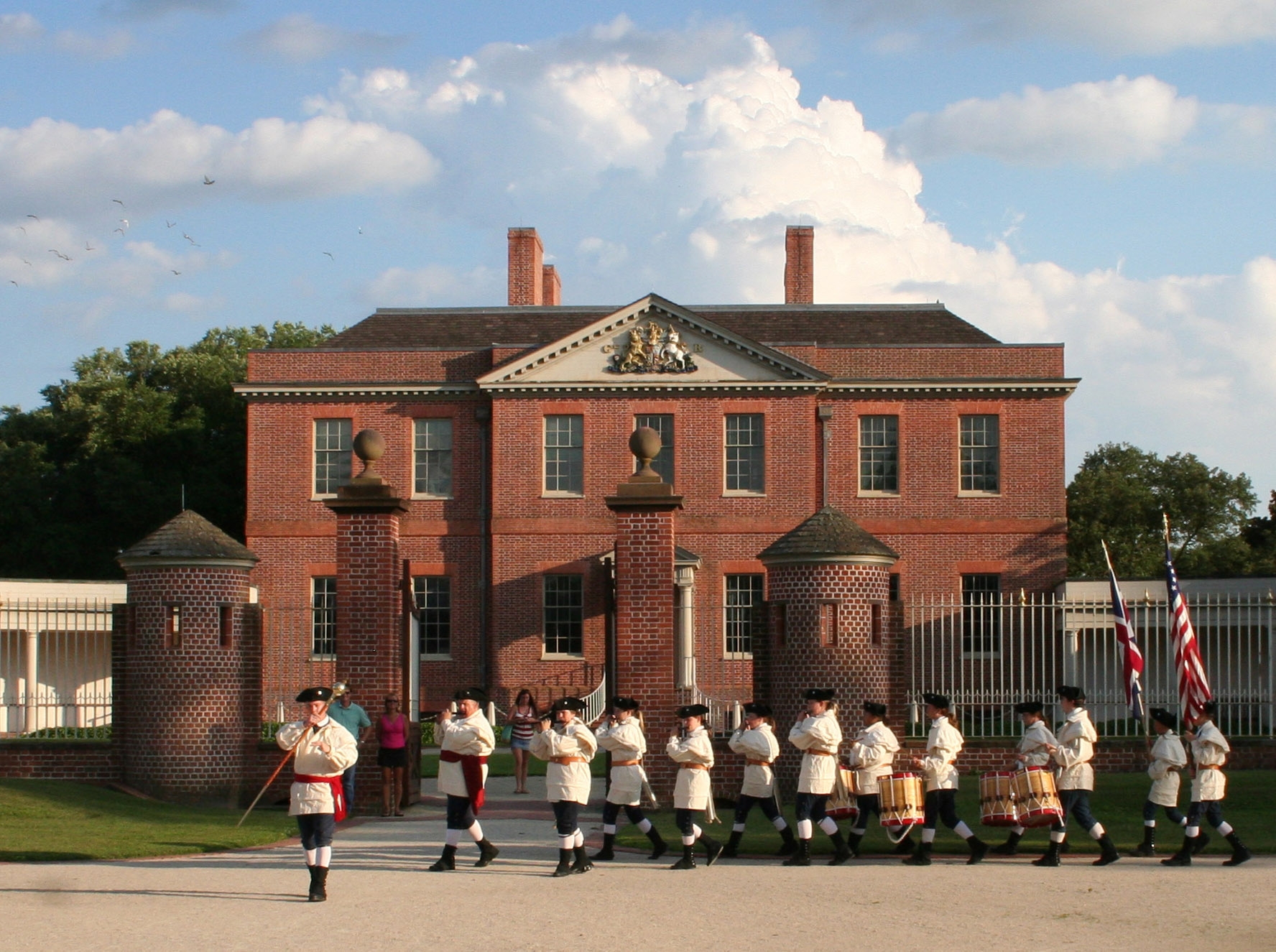 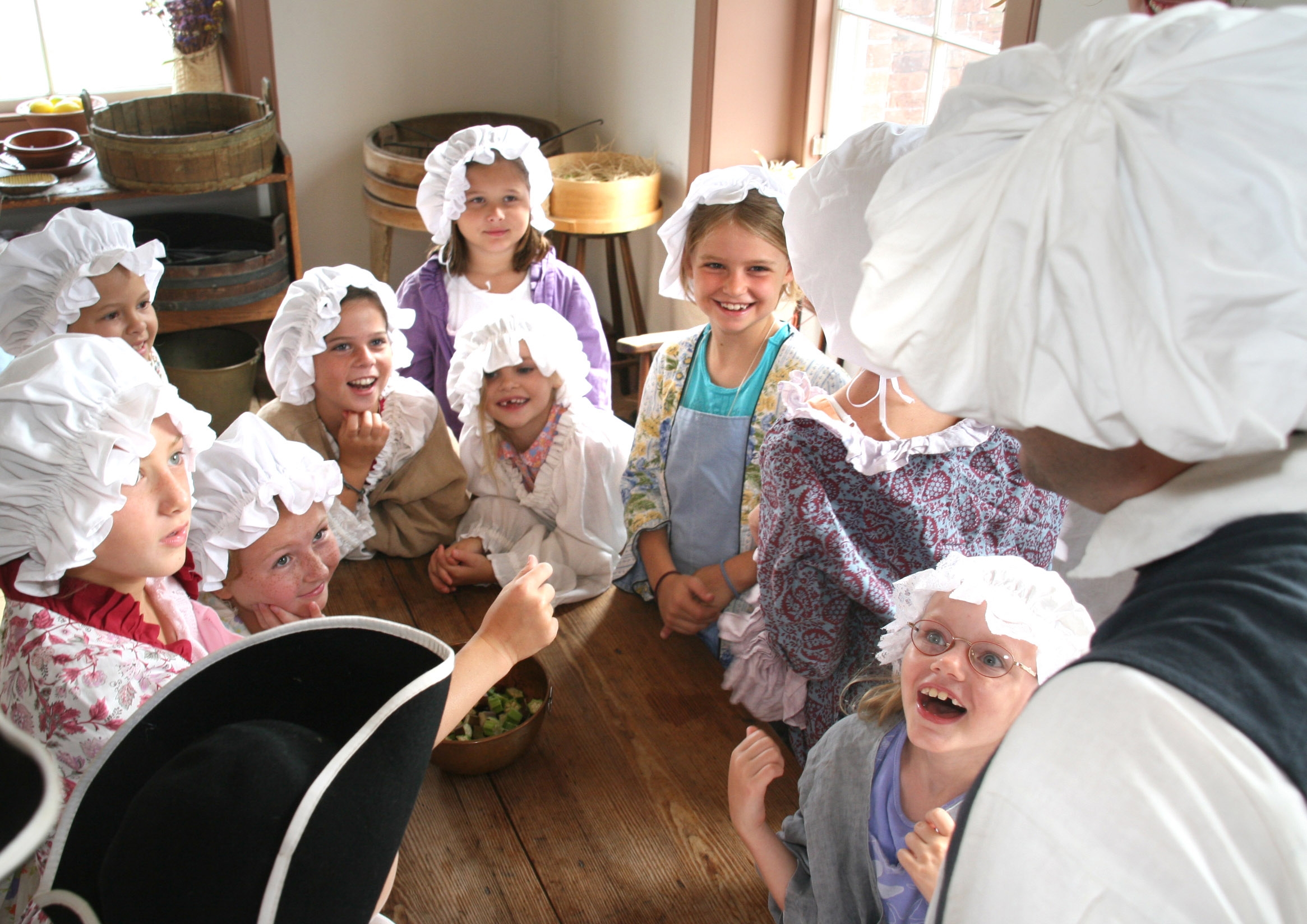 Just because you're old doesn't mean folks will come to your birthday party. Even if you're turning 300.
But New Bern, the second-oldest town in North Carolina and celebrating its tricentennial Sept. 16-19, is a natural tourist magnet. The Craven County seat is at the confluence of the Trent and Neuse rivers, just upstream from the Intracoastal Waterway: Its modern marina is an easy draw for monied waterborne tourists passing Pamlico Sound.
Via U.S. 70, it's an easy trip for folks in Raleigh who want a whiff of the sea. Or history. Or the cafes and bakeries worked in among the boutiques and other stores on and near Broad Street.
Plus, "bear-shooting" is always in season.
New Bern may have been started by a noble Swiss developer in 1710, but there's virtually no Swiss heritage that endured there.
It was only in the 1890s that New Bern revived its ties with the city for which it was named. The symbol of Bern, Switzerland, is a bear, and a visiting delegation from there donated a bear banner to the North Carolina city. New Bern seized on this, decorating buildings with bear ornamentation and parks with bear statues.
About 100 bear sculptures are now scattered around the compact town. Most interesting are the recent fiberglass bruins - perhaps 55 now - purchased as white as Arctic snow and then painted, whether tastefully or outrageously, by artists and others who "adopted" them. The displays have become an attraction on their own. Grab your camera; find and shoot them.
(Spoilsports can go to www.beartownbears.org and download a map showing their whereabouts.)
Either way, make the rounds downtown looking for them and you'll get a tour of an attractive and well-preserved urban center. New Bern got on the historic preservation bandwagon early on. An abundance of churches, homes and commercial buildings from Victorian times and before are intact. Also on ice here: Caleb Bradham's Pharmacy, where Pepsi-Cola was invented in the 1890s; www.pepsistore.com).
There are history-themed walking tours, trolley tours (800-849-7316; www.newberntours.com), Segway tours (800-979-3370), carriage tours (252-675-5360); "haunted" New Bern tours (252-571-4766; www.ghostsofnewbern.com) and tugboat tours (252-349-3819). Even $80-and-up colonial helicopter tours (252-514-2242). All told, there are three historic districts, with 145 flagged landmarks.
Sooner or later, you'll invariably cross into the residential area immediately west of downtown, where Tryon Palace - New Bern's major draw and 13-acre claim to fame - is unobtrusively tucked behind Pollock Street. It is front and center, however, for the upcoming 300th Jubilee festivities.
Some of the major events planned:
n Sept. 16 (Thursday)
1 and 2:30 p.m. "Bayard v. Singleton," a dramatization of a landmark law case there that was decided in 1787. It was a landmark case involving judicial review, and helped shape the federal legal process. It has been offered at the Federal Courthouse, 413 Middle St., since May, and wraps up on this day. The performances are free, but reservations are required (252-635-1710; rsvp@newbern300.com).
8:30 p.m. Half-hour flotilla. Illuminated procession of boats on the Trent River, from the Eastern Carolina Yacht Club down past the back of Tryon Palace to the marina. Best places to watch: Union Point Park downtown and Tryon Palace.
Sept. 17 (Friday)
10:00 a.m.-4:00 p.m. "Bern / New Bern" exhibit opens at the new N.C. History Center, the major addition to the Tryon Palace complex that opens this fall.
4:30 p.m. Celebration Convocation picnic, on the lawn of Tryon Palace. Gov. Bev Perdue - a New Bern resident - will be among the speakers. Bring your own eats.
6:30-8:00 p.m. "300th Tribute" concert by the N.C. Symphony, on the South Lawn of Tryon Palace. Free; bring your own chairs or blankets. An original composition for the tricentennial will be debuted.
8:00 p.m. Jubilee fireworks, shot from Tryon Palace. Clearly something not to miss. In keeping with Tryon Palace's mission to re-create the 1770s, fireworks shows feature 18th-century style rocketry. A display fired off in March during a conference sponsored by N.C. Travel & Tourism was remarkable in three ways: The smoke from old-fashioned gunpowder definitely can flavor the air; the ka-BOOMS were as loud as anything modern pyrotechnics can deliver; and (most important) the aerial explosions were absolutely stunning: Well-timed, well-planned and visually amazing. Whether due to rocketeers' skills or the classic composition of the ordinance, this show will be similarly splendid.
Sept. 18 (Saturday)
10:00 a.m.-4:00 p.m.: "Bern / New Bern" exhibit at the new N.C. History Center.
10:00 a.m.-noon: Heritage Parade in downtown New Bern,on a three-mile route from Fort Totten, in the Ghent neighborhood, to Union Point Park.
12:30-5:00 p.m.: Cultural festival, at Union Point Park.
5:00-7:00 p.m.: Festival concert, outdoors downtown, at the farmers market on South Front Street. It's next to the N.C. History Center, featuring Charlotte-based tribute/cover band Hot Sauce.
n Sept. 19 (Sunday)
Ecumenical service and breakfast at Union Point Park; heritage services at area churches.
12:30 p.m. Festival formally closes, with ringing of church bells throughout New Bern.
IF YOU GO:
From Charlotte, take Interstate 85 North to I-40; follow I-40 East; just past Raleigh, take U.S. 70 East to New Bern.
RESOURCES:
City/area info: 800-437-5767; www.visitnewbern.com; www.newbern.com
Tricentennial event info: 252-635-1710; www.newbern300.com