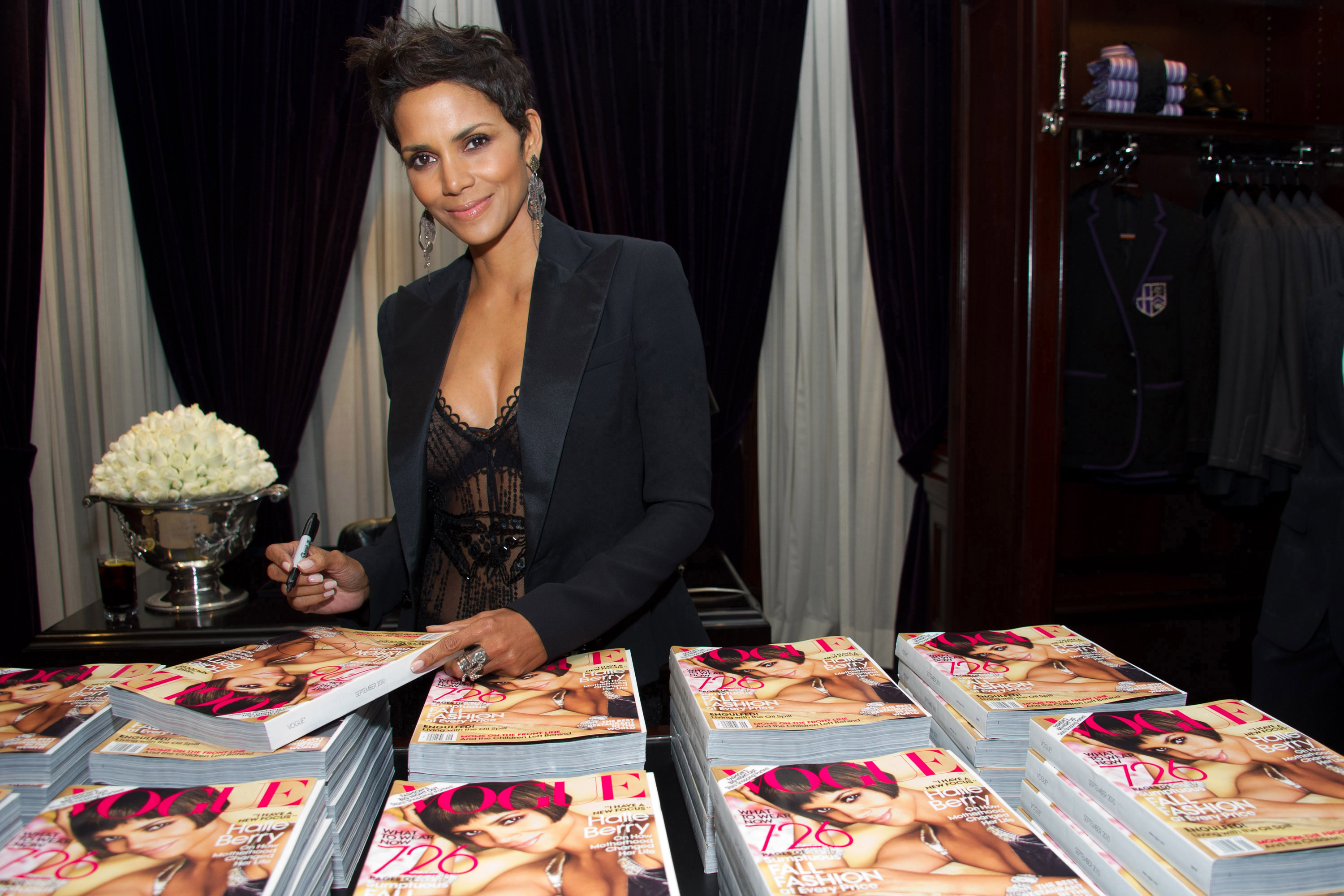 Yeah, she’s got an Oscar, but Halle Berry says that being on the cover of the all-important September issue of a fashion magazine is another big honor.
Berry is on the cover of this month’s Vogue and she turned out Friday night at Fashion’s Night Out at the Ralph Lauren store on Madison Avenue to sign copies for fans.
She also posed for photographers with David Lauren and Vogue Editor-in-Chief Anna Wintour, the architect of this now-national shopping event.
“I know how important the night is for fashion, our industry and the economy, and there’s so much going to charity,” Berry said.
“It’s a win-win-win.”
The NYC AIDS Fund has been tapped as a beneficiary of Fashion’s Night Out.
On this night, Berry wore a black jacket and beaded, sheer top by Lauren -- skinny black pants were by Rag & Bone. She also wore a Lauren gown at her cover shoot.
“I don’t get to pick anything (for photo shoots). I think Anna does,” she said.
“I tried on lots of different things, and if you’re not comfortable, you can’t present your best self, so everyone made sure I was comfortable in what I was wearing.”
She did have the benefit of seeing the issue early, several days before it hit stands -- and she was happy with it.
Her fans must have been happy, too: Scores of them lined up for her autograph.
Wintour’s advice to Berry was to use a Sharpie marker. “It’s the only thing that works,” said Wintour.