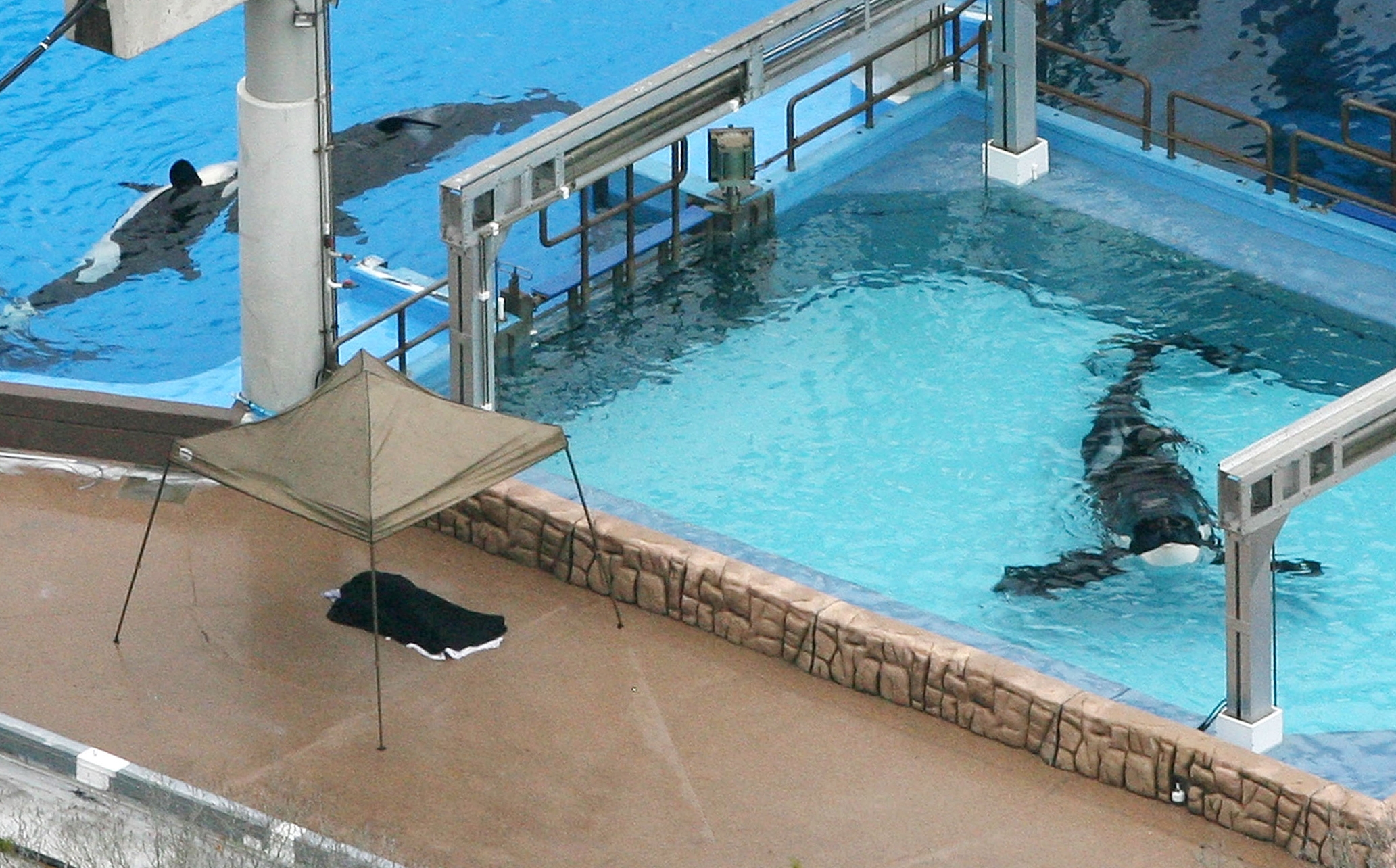 First, there was the jaw-dropping story of a British woman who was caught on camera tossing an affectionate cat into an outdoor trash bin. Then, it was an Eastern European girl slinging crying puppies into a fast-moving stream.
Now, in America, some people have imprisoned a dog inside a box barely bigger than his own body. The box has solid sides, and the dog can only see out if he jumps up and peers over them. He has been locked in the box for months. To add to the mental torture, the dog has worn his teeth down to the nubs from biting at his prison, so his owners occasionally take him out of the box to drill painful holes vertically into his teeth in order to irrigate them. And right there by the side of the box, the dog's keepers also manually extract sperm from him and use it to breed other dogs to sell.
There's more, but the abuse I've already described is enough to make any decent person sick.
Take a look at Google Maps and you can look down into the container and see the dog lying there.
Why, you may ask, aren't these people in jail? How is it that the local humane society has not swooped in and seized the dog?
Oh, I'm sorry. Did I write "dog?" I meant to write "killer whale." And the people perpetrating this horror are SeaWorld executives. So why exactly does swapping one intelligent animal for another or swapping an average Joe for rich business executives lessen the horror of this orca's ordeal or the injustice of the situation? Answer: It doesn't.
Tilikum is the killer whale. He killed a human being - for the third time - earlier this year. Perhaps there's a reason why killer whales are called "killer" whales. Tilikum didn't give his keeper, Dawn Brancheau, a little playful toss or misjudge and hold her under water just a second too long for her to survive. He shook her like a rag doll, slammed her into the side of the pool, stopped her from surfacing and tore her body apart. My bet is that he knew exactly what he was doing. Having seen how he is kept and knowing where he came from, it's not hard to comprehend the depth of his anger and frustration.
Tilikum is 32 years old. When he was just 2 years old, he was caught by marine "cowboys" who kidnap dolphins and orcas to sell to amusement parks. He was taken from his family, his pod, in the open waters off Iceland, and he's lived in a cement pool ever since, unable to use his echolocation, unable to swim away, to travel the oceans, to hear or see his relatives. He is "trained" to eat what he's given and do what he's told. He is also trained to roll over, which allows trainers to masturbate him with a gloved hand and collect his semen in a container. His semen is frozen for later use or used immediately to inseminate female orcas at one of SeaWorld's parks so as to provide additional animals to use in shows.
Life in a tiny concrete tank is no life at all for these animals, as evidenced by the death this week of Tilikum's 12-year-old son at SeaWorld San Diego. Twelve! This orca would likely have lived to be 50 or 60 in the open sea, his rightful home.
After the third human being lost her life to Tilikum, SeaWorld reduced his meager "world" even further. Tilly is now relegated mostly, if not solely, to the "F pool," a solid-sided concrete pool that measures just 36 feet long and 25 feet wide. Tilikum is 22 1/2 feet long with a big wide orca girth. He weighs more than 12,000 pounds. So he has to scrunch just to turn around. And once turned, there he is again, nose against the other wall. He has been condemned to hang in place in the water indefinitely.
PETA is calling on the local humane society and the state's attorney to free Tilly. After all, cruelty to animals, whether to a dog or to an orca, is illegal in all states.
ABOUT THE WRITER
Ingrid E. Newkirk is the president and founder of People for the Ethical Treatment of Animals, 501 Front Street, Norfolk, Va. 23510; PETA.org. Information about PETA's funding may be found at www.peta.org/about/numbers.asp.