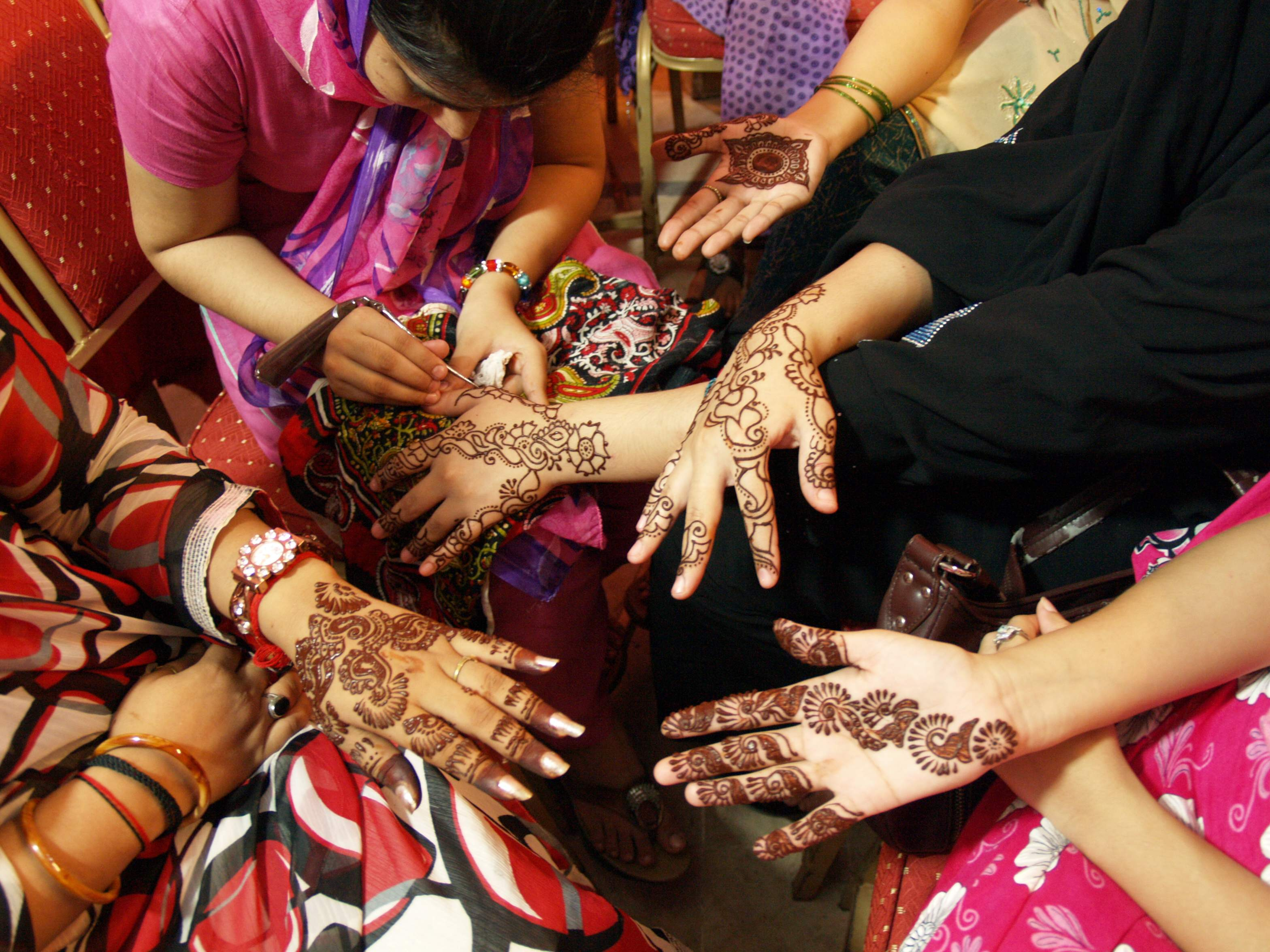 Millions of Pakistani flood victims celebrated Islam's most joyous festival in donated tents and makeshift shelters yesterday as the country's leaders - criticized for an inadequate response to the disaster - pledged more aid.
The water has receded in many places, but remains head-high in others, forcing victims to stay outside their villages in camps or alone on roadsides.
Girls gathered at one camp near a power plant in the city of Muzaffargarh, sitting on a rug unfurled on the ground near the road as aid workers decorated their hands with intricate henna designs.
Their mothers, hovering behind, said even this small pleasure would soon be gone.
"We don't have the happiness of Eid. What is the happiness?" said Amana Bibi, 25. "We don't have homes."
Charities sent bags of gifts such as shiny plastic wrist bangles and candies to children displaced by the floods, which have affected some 18 million people.
The three-day Eid al-Fitr festival is celebrated at the end of the fasting month of Ramadan. The festival begins when the first visible crescent of the new moon is spotted in the skies. Eid started Friday in Pakistan's northwest and yesterday in most other parts of the country.
During Ramadan, the faithful are supposed to abstain from food and drink in a dawn-to-dusk period of self-sacrifice to commemorate the revelation of the Quran to the Prophet Muhammad.
Eid includes morning prayers at mosques before visits, gift-giving and meals at relatives' and friends' homes.
The Pakistani government has been criticized by victims for its inability to deliver adequate aid.
Prime Minister Yousuf Raza Gilani, who was to visit flood-affected areas yesterday, pledged the government's full support for survivors.
"We will help them rebuild their homes," he said in televised comments. President Asif Ali Zardari, criticized for traveling to Britain and France as the crisis developed, was also planning to visit victims.