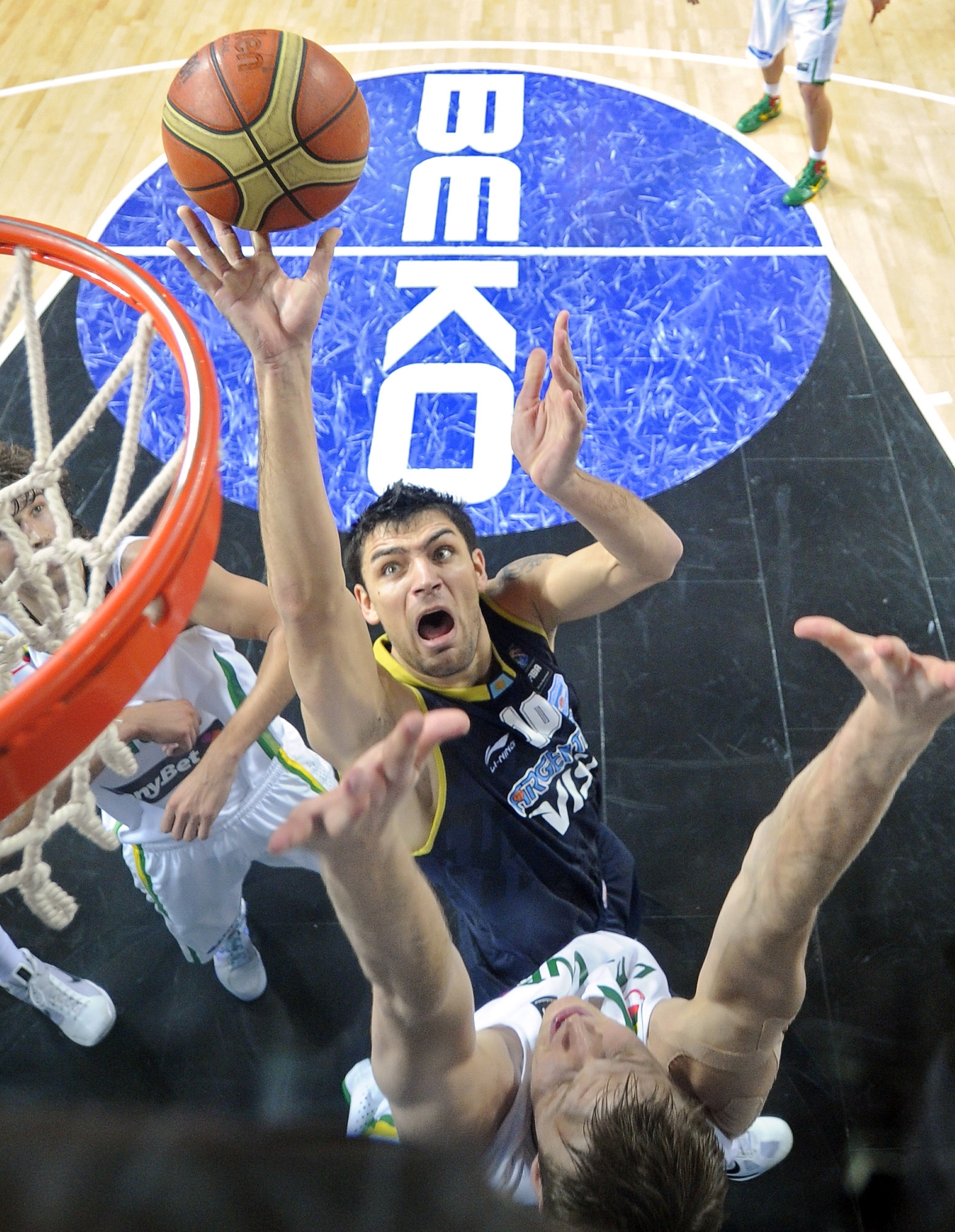 World number one Argentina were crushed 104-85 by Lithuania in the quarter-finals of the world basketball championships on Thursday as the Baltic state set-up a last four clash with the USA.
By successfully isolating the tournament’s leading point scorer, Luis Scola of the Houston Rockets in the opening quarter, Lithuania were able to go on an offensive scoring rout, stretching the lead to 28-18 by the end of the quarter.
Lithuania’s dominance did not let up in the second quarter with Mantas Kalnietis’s tip-in on the half-time buzzer giving his side a 20 point advantage, 50-30.
Maciulis, Tomas Delininkaitis and Simas Jasaitis led Lithuania at half time with nine points each.
At the other end, Scola managed just seven points with none of his team mates stepping up in his place.
The situation did not improve for Argentina after the break, with Lithuania scoring the first six points of the second-half to further extend their lead.
By the end of the quarter they were well on their way to a hundred points ahead 85-53.
With the game already well beyond doubt the Lithuanian onslaught stalled, allowing Argentina to score big in the final quarter and bring some respectability back into the score.
It was a complete team effort from Lithuania with seven of their players ending in double figures, topped by Jasaitis with 19 points.
The other players to finish in double figures were Linas Kleiza with 17; Martynas Gecevicious and Delininkaitis both with 16; and Maciulis, Mantas Kalnietis and Paulius Jankulas all with 12.
Carlos Delfino finished at the game’s top scorer with 25 points, most of which came in the final quarter. Scola hit 13.