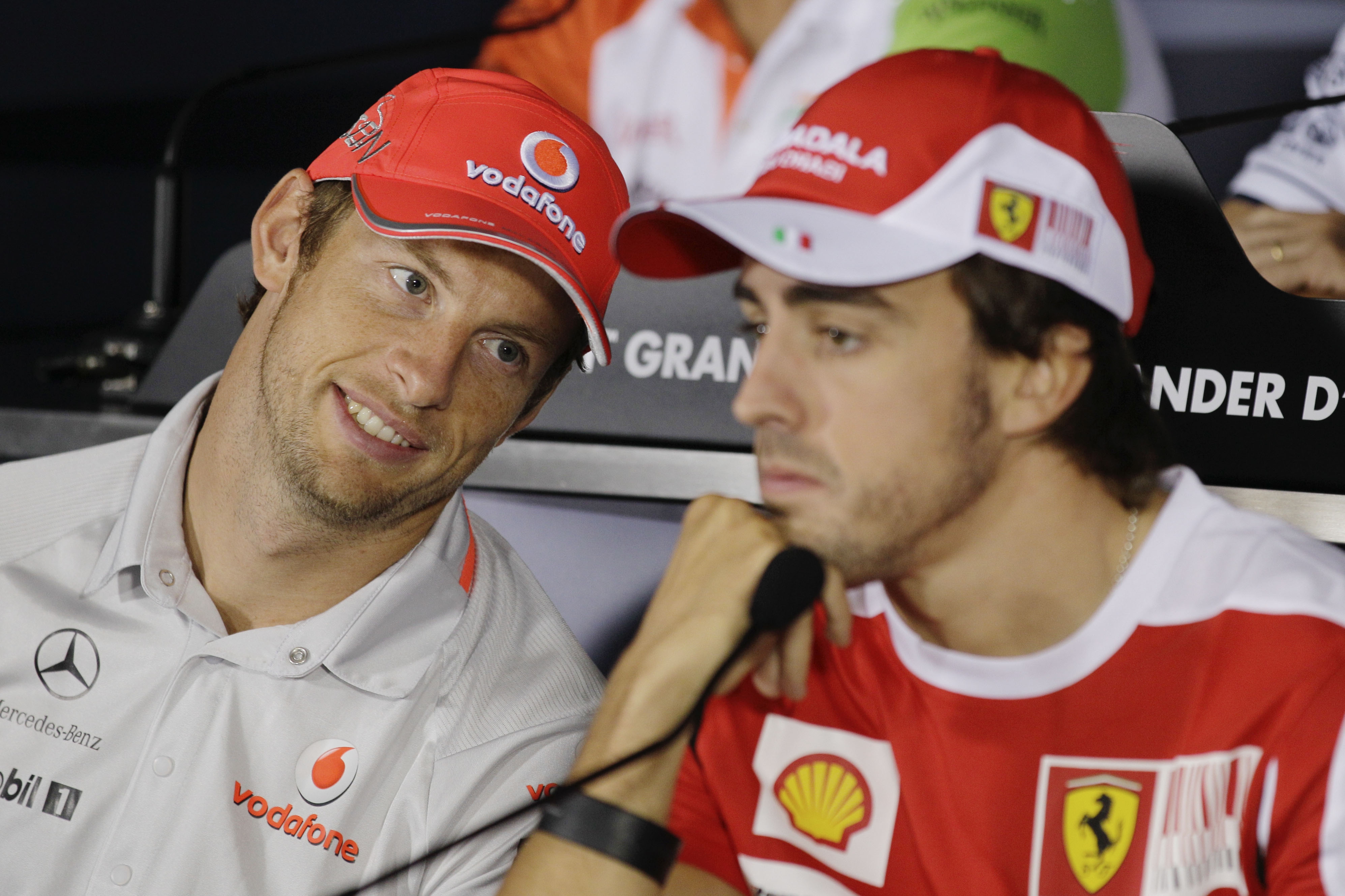 Jenson Button has insisted that he can still win the world championship despite failing to score points at the Belgian Grand Prix.
The 30-year-old McLaren driver was taken out by Red Bull driver Sebastian Vettel, who also failed to finish the race, and is now 38 points behind his championship-leading McLaren team-mate and fellow Briton Lewis Hamilton.
Australian Mark Webber, who finished second at Spa, was the only other driver in the top five to finish in the points, but defending champion Button is adamant that is not a two-horse race.
“It is amazing how much talk there is about the difference at the front back to third place,” said Button. “But that talk has only been for two weeks because of only one race that changed the championship.
“It can easily go the other way, it only needs one race for the leaders to have a bad race. I don’t think we need the leader to have an incident, not score or have reliability issues, there are possibilities and it’s necessary to fight for the win at every race we go to.
“It’s not over until there are not enough points left on the board. It is pretty mixed at the front and as you can see there has been quite a lot of action this year -- it is all still to play for.”
Button also believes that high-speed nature of the Monza track will suit his McLaren car, but is also confident that recent improvements mean he will also be able to compete with the pace-setting Red Bull team on the slower tracks.
He said: “If you look at Spa our car looks like it works very well.
“On low downforce it is an efficient car, so there is no reason we won’t be competitive here, we should be fighting at the front and everything points towards that.
“At the moment I feel we are in a strong position, the car is working very well. We had a couple of tough races where we were not as competitive as the top teams, but if you look at Spa there was nothing quicker than our car.
“The team has done a great job in improving it. I am positive for the rest of the season. We have improved the car a lot, and we go to Singapore positive we will still be competitive. We are not fearing anything, but we know this is a good circuit for us.”