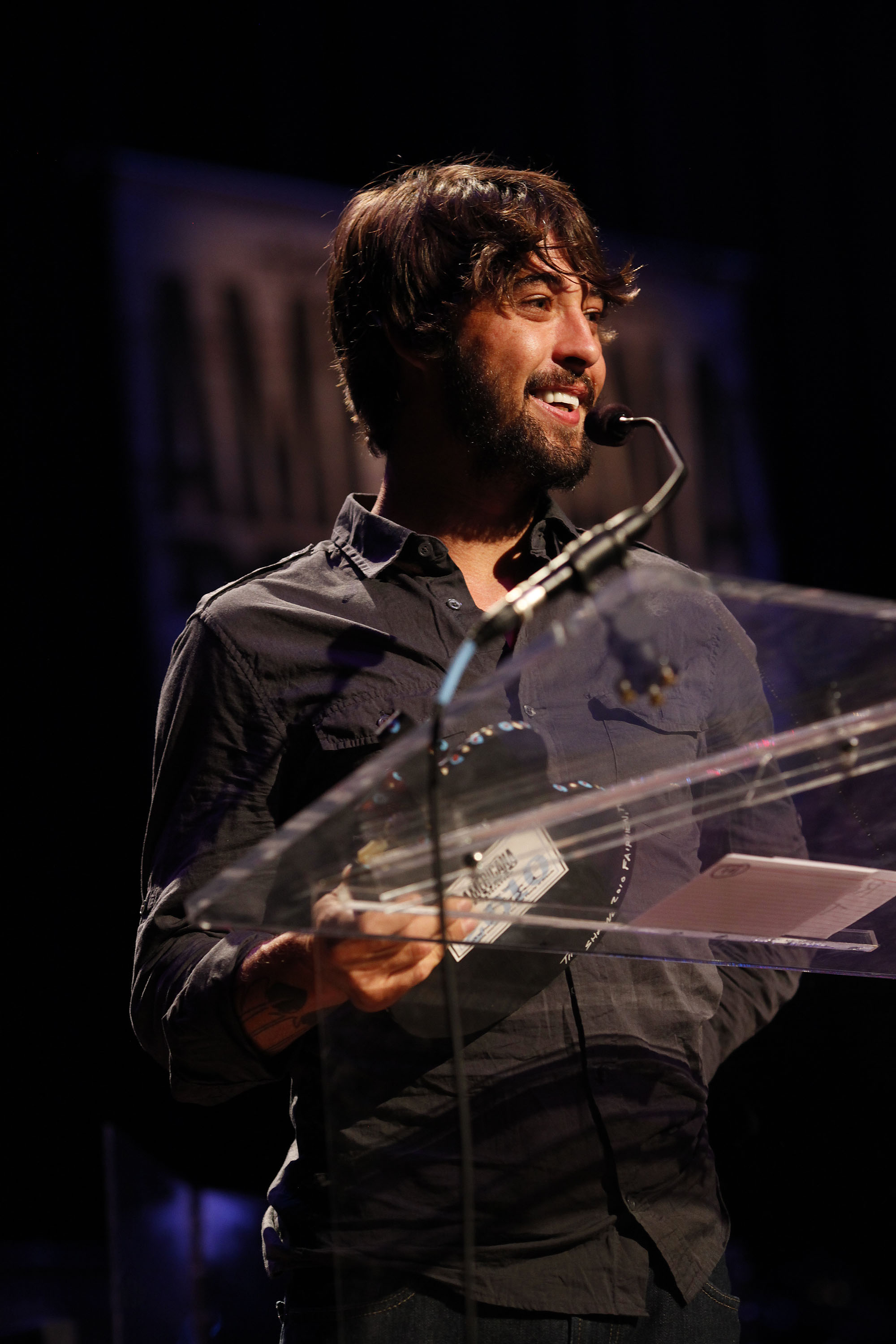 The trophies keep piling up for Ryan Bingham, this time at the Americana Awards.
Bingham won the Americana Music Association's top honor, artist of the year, and also took song of the year for "The Weary Kind," the theme to the movie "Crazy Heart," during a star-studded show Thursday night at Ryman Auditorium.
The gravel-voiced 29-year-old former bull rider won the Oscar and the Golden Globe for original song earlier this year for his collaboration with producer T Bone Burnett.
"Man, I don't know if I really deserve this," Bingham said. "Everyone on the list are all people I've looked up to and admired for a long time."
Other artist of the year nominees were Patty Griffin, Levon Helm, Steve Earle and Ray Wylie Hubbard.
Bingham was the only multiple winner at the awards. He also was nominated for new/emerging artist of the year. Top nominee Dave Rawlings, who received four nominations for his debut album "A Friend of a Friend," was shut out.
Rosanne Cash won album of the year for "The List," her tribute to the music loved by her father, Johnny Cash. The album is made up of songs culled from a list of 100 essential country songs that father gave daughter.
"This was such an emotional project for me and represented a really wide and full circle in my life," Cash said. "As hard as I pushed away from the legacy I was given, that's as much as I embraced it as I made this record. That's what happens when you get older."
North Carolina roots rockers The Avett Brothers won duo/group of the year, Americana Awards bandleader Buddy Miller is instrumentalist of the year and Texas singer-songwriter Hayes Carll is the new/emerging artist of the year - an award a long time in coming.
"I remember the first time I was nominated for new and emerging artist five years ago," Carll said, pausing for effect. "I was standing in the wings here and I heard my name announced and thought I had won. I started walking out on stage and I realized Mary Gauthier deservedly won that year. I turned around and standing there watching me was Emmylou Harris and John Prine. I felt really silly about the whole thing."
The show included several outstanding performances, including new songs from lifetime achievement award recipients John Mellancamp and Wanda Jackson, and Lucinda Williams.
The Carolina Chocolate Drops earned a standing ovation for their sassy rendition of "Hit 'Em Up Style," Bingham played the haunting "Hallelujah" from his new album "Junky Star," Cash sang a quiet version of Bobbie Gentry's "Ode To Billy Joe" and the Avetts played a poignant version of "I And Love And You."
Surprise guest Robert Plant shut down the show with a 30-minute set that included material from his new album "Band of Joy." His backing band of the same name includes Miller and Griffin.
The AMA also gave awards to Lost Highway founder Luke Lewis, pedal and lap steel guitar player Greg Liesz and producer Brian Ahern.
Mellancamp was honored for his indelible impact on music as a songwriter.