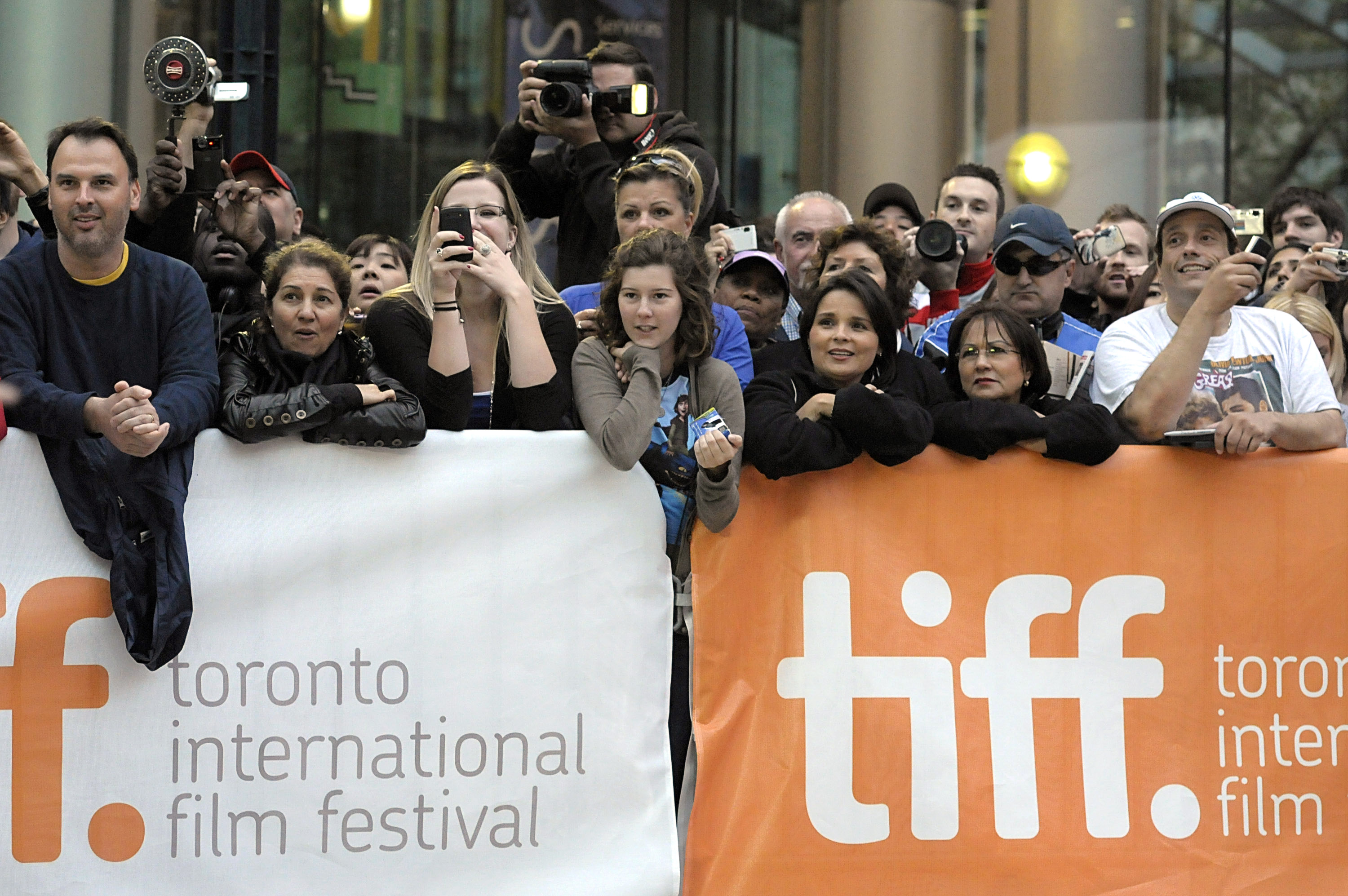 The Toronto film festival opened Thursday with a nod to Canadians' obsession with ice hockey, hoping also to capitalize on a renaissance of musicals in Hollywood.
"Score: A Hockey Musical" is director Michael McGowan's fourth feature film.
It stars newcomer Noah Reid as hockey phenom Farley, Allie MacDonald as his best friend Eve and Olivia Newton John in a rare appearance on the silver screen, as his organic-loving New Age mother.
Described as "Canadian with a vengeance," and the most "unashamedly, irrepressibly, gleefully parochial film" ever to open the Toronto film festival, it has also been panned by critics.
But McGowan, 44, is unapologetic.
The pretext for the film is "so incongruous and ridiculous" and it features Olivia Newton John, who "doesn't do films anymore so her coming to Canada to do a movie has caught everyone's attention," that "it has to work," he told reporter.
"Canadians are known as nice, kind people. We're not self-aggrandizing. And we haven't explored our patriotism as much as we could," he says.
"I'm not trying to beat people over the head with a beaver pelt, but I think we live in one of the best countries in the world and if I can express that in a film I'm happy to do it."
McGowan also points to the runaway success of Fox Television's musical comedy-drama series "Glee" in the United States.
He also notes that 28 million fans watched Sidney Crosby score in overtime to give the Canadian men's team the ice hockey gold medal in a 3-2 win over the United States at the Winter Olympics in Vancouver earlier this year.
"Hockey and musicals are cool. It just made sense to combine the two," he said.
McGowan previously wore the maple leaf on his sleeve in "Saint Ralph" (2004) about a Hamilton, Ontario boy who runs a marathon, and in the road movie "One Week" (2008) that took audiences on a trek across Canada.
"Score," however, is "parochial in the worst sense" and possibly "the worst film ever to open the Toronto film festival," opined the Globe and Mail.
"Maybe a Winnipegger will love it, but a Parisian or a Roman, who wouldn't know a Zamboni from a zabaglione and is given no reason to care, assuredly will not," the newspaper said.
Paul Gross's war epic "Passchendaele" and Jon Amiel's "Creation," starring Paul Bettany as the English naturalist Charles Darwin who penned revolutionary theories on evolution, last opened the festival in 2008 and 2009, respectively.
"One hokey hockey movie," echoed Macleans magazine, with "cornball dialogue that often goes flat" and a story "that often goes offside."
The magazine, however, credits "a terrific performance" by Reid who not only can "skate and act" but sings like "a young Paul Simon."
McGowan penned the lyrics for the musical, such as "Are we expected to believe that baloney. You couldn't even drive a Zamboni," put to music by Jonathan Goldsmith.