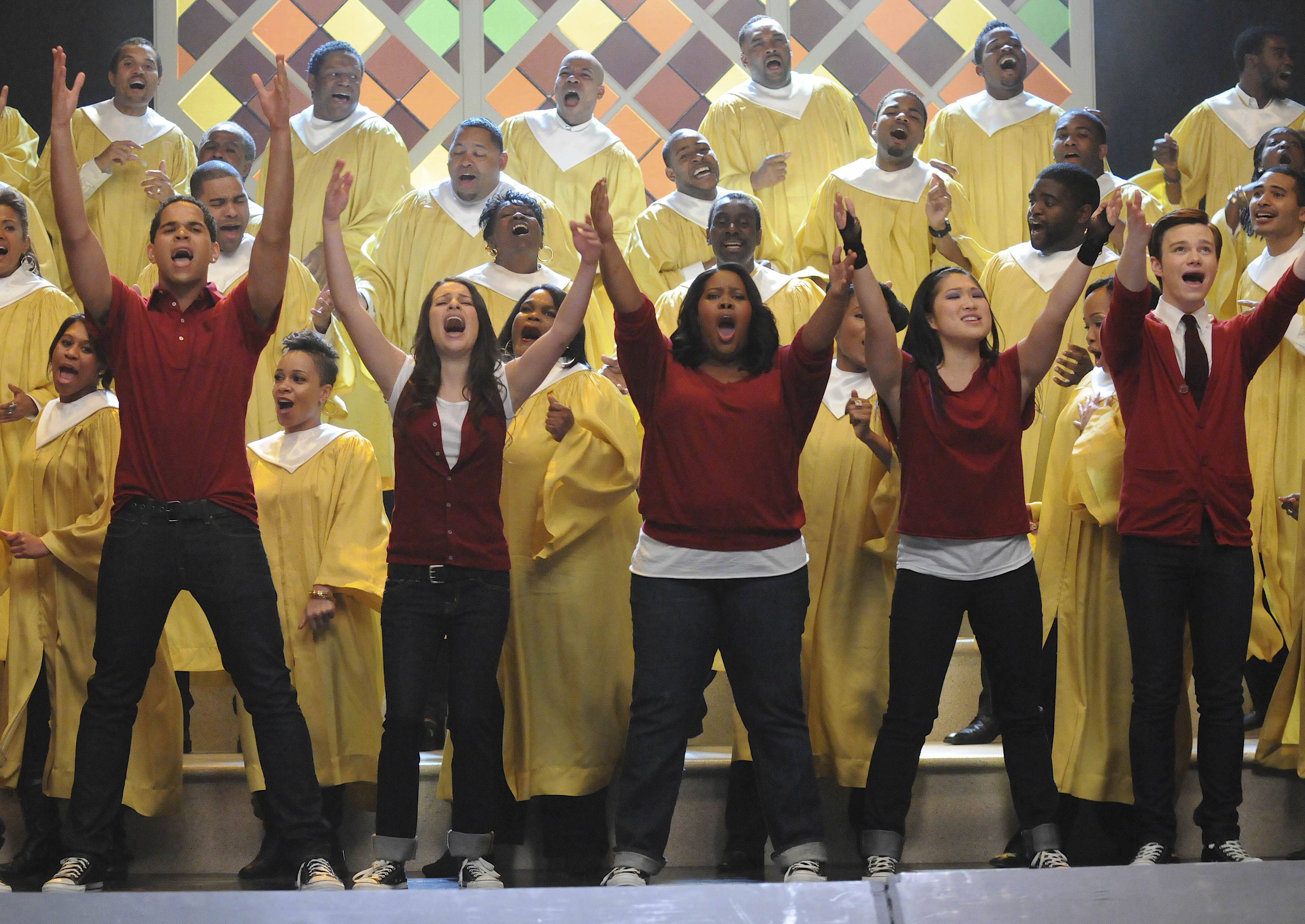 For 17-year-old Lizzie Guest, the TV show “Glee” was a life-changer, so when she heard about a summer camp based off the hit, she just had to enroll.
And given a chance for an encore, she signed up again.
The Charlotte Academy of Music’s first Glee Camp in June sparked so much interest from students eager to replicate what they saw on TV, the academy added a second camp, plus created a Glee Club that started practicing last week. The camp was among a handful across the country that rode the wave of “Glee” popularity to create a show choir comeback.
At the Charlotte-area camp, 12- to 17-year-olds spent their days in an orange room with brown curtains that blocked the sunshine, learning to sing, twirl and march in sync.
“It was just the most fun in the world,” said Guest. “When I was younger, it was uncool to be in choir and show choir and all that kind of stuff, but now they see these people who are doing this, and they’re sounding amazing. ... It’s making people think that this is actually acceptable, and it’s not just acceptable, it’s awesome. People who are talented are now cool.”
“Glee,” Fox’s hit freshman musical-dramedy, scored 19 Emmy nominations, the most of any series this year. It won four, including best supporting actress and directing for a comedy series.
“We’re riding that wave right now,” said Regina Ziliani, director of the 2-year-old academy, which offers private music and voice lessons, partly to fill in musical gaps in schools. “Everybody is just obsessed with ‘Glee.’”
But its popularity comes as budget cuts prompt schools to further shrink their musical offerings for students.
Nonprofit community arts providers, many of which partner with local schools, also have been forced to reduce their offerings, cut staff and offer less financial aid amid the recession, according to the National Guild for Community Arts Education’s May 2009 survey of its members.
“With shows like ‘Glee’ returning this fall, kids are going back to school with a greater desire to make music,” said Scott Robertson, spokesman for California-based National Association of Music Merchants. “Many schools across the country continue to reduce music and arts education or cut music programs altogether. Yet, according to our latest research, kids want more than ever to learn how to play instruments, join the glee club, or perform in school musicals.”
That’s fueled not only by “Glee,” he said, but also other music-making TV shows such as “iCarly,” “Big Time Rush” and the “Camp Rock” movies.
It’s difficult to measure the current popularity of glee camps and clubs, with officials at national music and camp organizations saying they haven’t tracked it. But the number of accredited performing arts camps was already on the rise before the first season of “Glee” aired a year ago, from 527 in 2001 to 804 in 2007, according to the Indiana-based American Camp Association.
“Anecdotally, we know that several camps have added or revised their music program offerings based on the popularity of TV shows and movies,” said association CEO Peg Smith. “Camps that specialize in music, theater, and the performing arts are popular options for families. There truly is a camp for every child.”
At the Charlotte Academy of Music, teens said Glee Camp boosted their self-esteem, and parents who attended the end-of-week performance said it showed.
“She’s been really happy. She goes around singing all the time,” Susan Guest said of her daughter, Lizzie.
Fifteen-year-old Malik Jefferson, who wore his collar up while practicing to signify his love of ‘80s music, was excited about his first solo to Journey’s “Don’t Stop Believing.”
“It certainly has boosted his confidence,” said his mom, Mercedes Jefferson. “I’ve noticed a big difference just from listening to him practice throughout the week.”
Later that week, he auditioned for and made the cut for Glee Club.
Camp instructor Tracy Davis Davenport expects to do it again next summer.
“I think they all come to camp because they want to aspire” to be like the cast of Glee, she said. “They get a glimpse of what actually happens.”