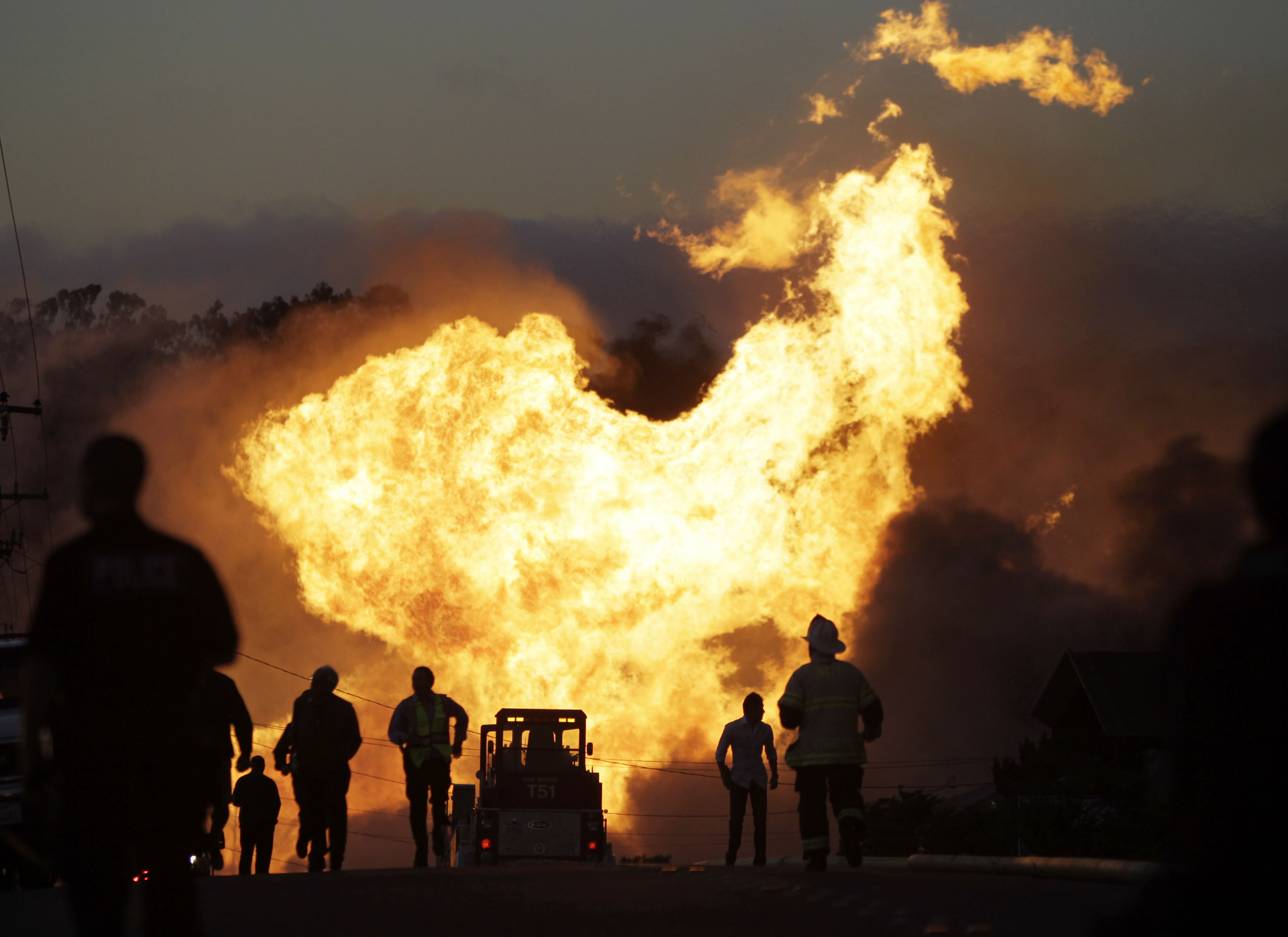 A massive fire burned homes as it roared through a mostly residential neighborhood in the hills south of San Francisco following a loud explosion Thursday evening that shot a fireball more than 1,000 feet (304m) into the air and sent frightened residents fleeing for safety, witnesses said.
The fire is burning in the town of San Brun, a few miles from San Francisco International Airport, prompting speculation it was sparked by a plane crash. Federal Aviation Administration spokesman Ian Gregor said the agency has no record of a crash. Spokesmen for local airports also said they knew of no missing planes.
Pacific Gas and Electric, the utility company that serves the San Francisco Bay area, is looking into the possibility of a natural gas explosion but had no additional information, said spokesman J.D. Guidi.
Live footage on KPIX-TV showed at least a dozen homes destroyed, with flames reaching as high as 60 feet (18m) in the air as the fire fueled itself on the burning homes. Planes and helicopters flew over the neighborhood dumping water in an effort to stanch the flames.
A person who answered the phone at Seton Medical Center in nearby Daly City but did not want to give her name said the hospital was on a triage alert because of people being brought to the hospital with injuries caused by the fire. She could provide no details about the number of injured people.
Witnesses say a loud explosion was felt just before the flames erupted around 6 p.m. local time.
Jane Porcelli, 62, said she lives on a hill above where the fire is centered. She said she thought she heard a plane overhead with a struggling engine.
"And then you heard this bang. And everything shook except the floor, so we knew it wasn't an earthquake," Porcelli said.
"I feel helpless that I can't do anything. I just gotta sit by and watch." At 6:14 p.m., Stephanie Mullen, news editor for photos based in San Francisco, was attending children's soccer practice with her two children and husband at Cresmoor High School when she saw the blast.